Look at that smile! Pearly whites, straight teeth, perfect tooth-to-gum ratio. It’d be a shame if something…happened to it. 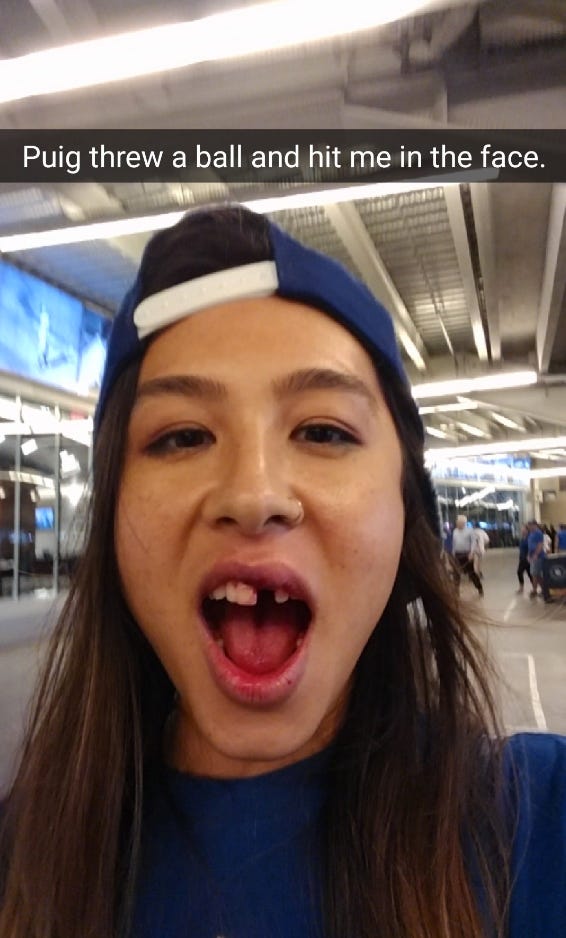 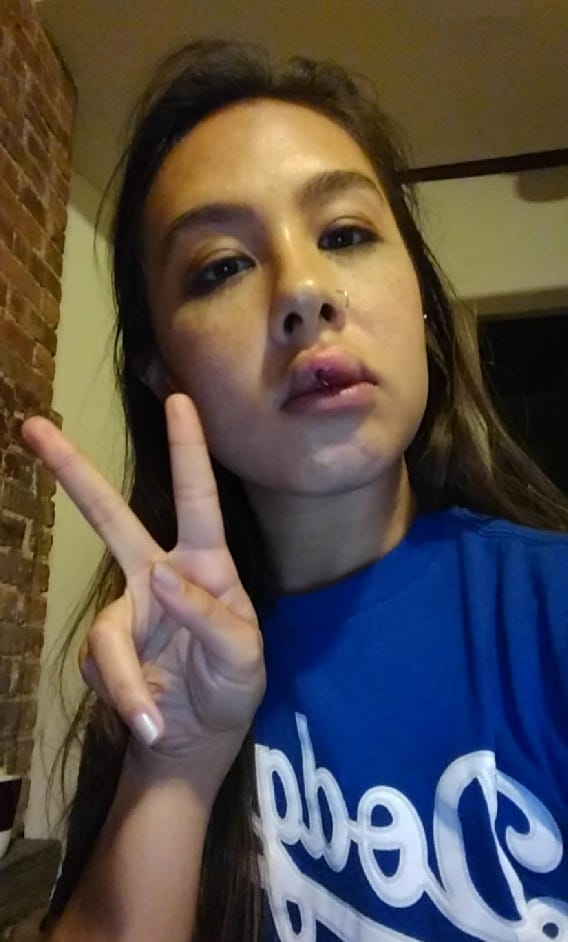 This girl’s name is Alyssa Gerharter, and Yasiel Puig apparently smoked her in the face with a baseball, and knocked her tooth out at Yankee Stadium on Monday night. She explained to the New York Daily News how this all went down.

“I saw it coming at me and I remember thinking, ‘I don’t have a glove to catch this ball,'” Gerharter told the Daily News. “And I think I put my hands up in front of my face. I saw it was coming at me and registered that it was coming at me, and I felt it hit me. It wasn’t so much painful as it was shock. So I felt it hit me and I could feel immediately with my tongue there’s a hole. And I looked down at my hand and saw there’s a tooth in my hand.”

This girl’s awesome. That is such a great line right there: “I saw it coming at me and I remember thinking, ‘I don’t have a glove to catch this ball.'” Perfect. Like one of those, “It was at this moment…she knew she fucked up” memes. She wasn’t done, though.

“Everybody was going after it. And I guess we all missed,” said Gerharter, who attended the game with a group of “30 or 40″ Dodgers fans based in New York. “It was so fast that I don’t think it’s anybody’s fault for not catching it. In our whole group there was only one person who had a glove. So everybody was trying to catch it with their bare hands. I caught it with my face.“

I don’t think female comedians are funny — that’s not sexist, they just don’t make me laugh — but this girl is fucking hilarious. The NY Daily News story says that Alyssa is going to be at the Yankees/Dodgers game tonight, so if you see her at Yankee Stadium, please buy her a beer. Or a margarita. She likes those, yo. And she’s earned it.