From that spot. On the power play. With the Capitals’ goal horn going off? Yeah.Too many shades of Alex Ovechkin here from Patrik Laine for me to be okay with. Just in this past year, the kid has won the World Juniors. He won at the U18 World Championships. He was one of the top scorers at the World Championships. And now he’s sniping the balls off of Jonathan Quick in some World Cup pre-tournament action. And oh yeah, he still hasn’t played a single game in the NHL yet. Which makes him blowing by Ryan McDonagh last night even more embarrassing for the Rangers’ captain.

Not sure if McDonagh is worse at stopping Patrik Laine from just walking into the offensive zone or taking a punch from Wayne Simmonds.

Good news is that Laine is stuck in Winnipeg for the time being. So Flyers fans don’t have to worry about him too much. But McDavid vs Laine for the next decade and a half has all the makings of Crosby vs Ovechkin 2.0. Canada’s prodigal son who was put on this Earth to be the best hockey player in the world vs a European scoring machine who could easily lead a second life as a James Bond villain. Throw Auston Matthews into the mix and now maybe Canada made the right move by sucking so much ass at hockey the past few years and hoarding up all the top young talent.

The actual World Cup gets going on Saturday. I’ll have a preview blog coming up later this week even though I’m still extra salty the NHL felt I was “unqualified” for press credentials. I could have been making my way up to Toronto right now as we speak to sabotage Team Russia but I guess the NHL loves communists. But in the mean time, feel free to listen to the NHL on ESPN music on repeat while staring at this photo of Linda Cohn in a choker to get yourself AMPED UP for the World Cup of Hockey. 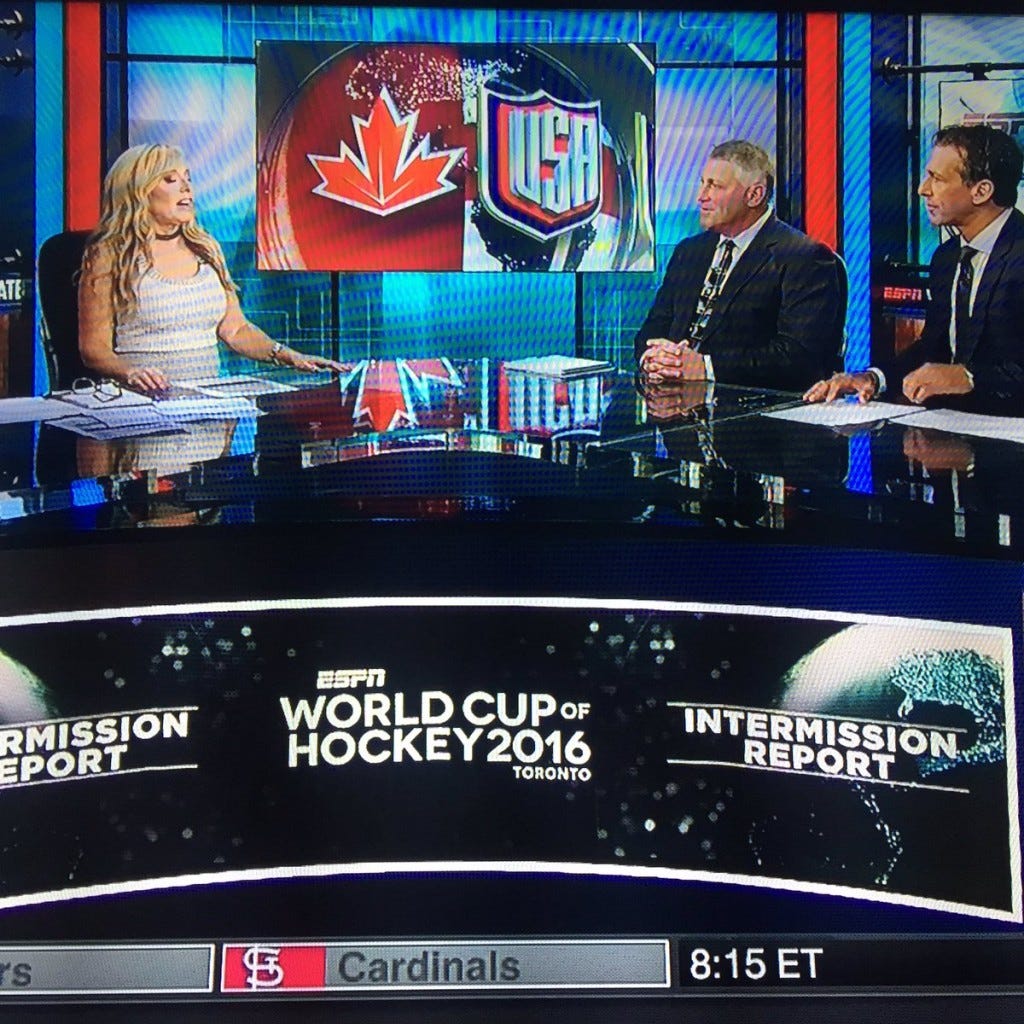