NBC – Three Phoenix police officers were injured early Tuesday morning after they were hit by a car while standing outside a gas station. The incident was caught on the station’s surveillance cameras and some viewers may find it disturbing.

The car plows into the officers, one of who was on his first day of the job after training and was thrown into the air.

The suspect was arrested and charged with three counts of attempted first-degree murder.

Crazy video. Two officers seriously injured, including one who was on his first day on the job.

In an early-afternoon press conference, Yahner said two officers were seriously injured and the driver will be booked on three charges of attempted first-degree murder.

The video shows the rookie officer thrown several feet in the air and hitting the glass window of the QuikTrip. The officer, whom Yahner would identify only by his first name, Jeremy, then helped take Payne into custody, Yahner said. [AZ Central]

Hope they have a speedy recovery, and maybe get a chance to pay the driver a nice prison visit where the cameras accidentally malfunction for 20-30 minutes when they get better. 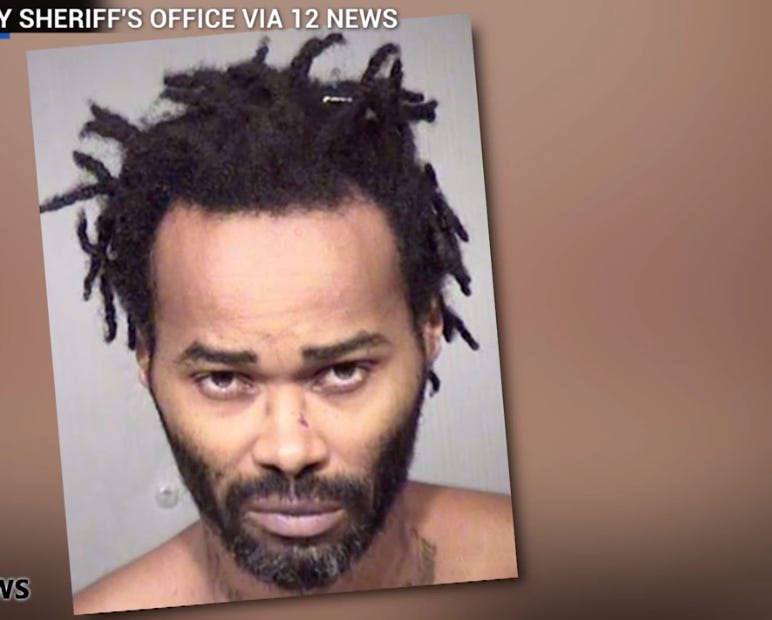 The sergeant had met the rookie at the QuikTrip to talk about expectations of performance, Yahner said. The three officers were standing in the parking lot in front of the store — “a well-lit area,” he said.

About 1:45 a.m., the man pulled into the QuikTrip and backed into a parking space, where he sat for several minutes, Yahner said. He then pulled out of the space, rounded the parking lot and accelerated as he crashed into the officers and then into the store, Yahner said.

“We are confident that this is an intentional act,” Yahner said. “This stuff needs to stop.”

The man accused of striking three police officers with his vehicle at a Phoenix QuikTrip early Tuesday has been identified as 44-year-old Marc LaQuon Payne. [AZ]

This guy definitely kneels for the Anthem.