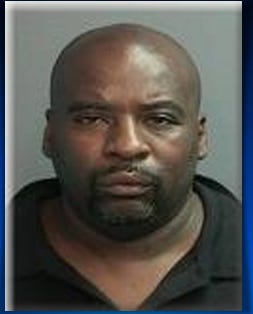 CBS- Police in Wayne, New Jersey say a man who was arrested on several charges Monday was released and arrested again five minutes later after officers saw him stealing clothes from a vehicle in a nearby parking lot. Darryl Williamson, 38, was first arrested around 1:15 p.m. Monday when police said officers responded to a report of someone throwing a brick and then kicking out a window of a car at the Willow Brook Mall bus station and stealing items from the vehicle.

Officers found Williamson, who they said had been banned from the property due to previous encounters with security and police, on a bus that was loading passengers, authorities said. He allegedly had a woman’s purse as well as two full glassine bags of heroin and two empty glassine bags of suspected heroin in his possession, police said. Williamson was arrested on drug, theft and burglary to motor vehicle charges, police said. He was taken to police headquarters and later released at 2:30 p.m.

Five minutes later, police said detectives watched him walk 75 yards from the police property to a parking lot at Wayne Valley High School where they say he opened the rear window of a parked Jeep and took three items from inside. The detectives quickly confronted Williamson as he walked away and found three pieces of clothing worth $112 in his possession, police said. He was arrested again on new charges of theft and burglary of a motor vehicle, police said. This time, bail was set at $500 and he was transported to the Passaic County jail.

Shout out to my man Darryl Williamson. That dude loves crime more than anything I’ve ever loved. Sports, my family, complex carbohydrates. None of those hold a candle to D-Money’s love of the rush of getting caught and thrown back into the clink. Even Marlo going from jail to a meeting with millionaires and then back to the corners thought this was reckless. But like Dale Earnhardt, the game is racing through Darryl’s veins. The Danny Ocean of New Jersey car break-ins is back on the inside. But it’s only a matter of time until he is released again and can get the band back together to organize one last big heist worth millions.

Just kidding, he will probably be arrested in four minutes or less next time. You can’t teach that kind of stupidity.