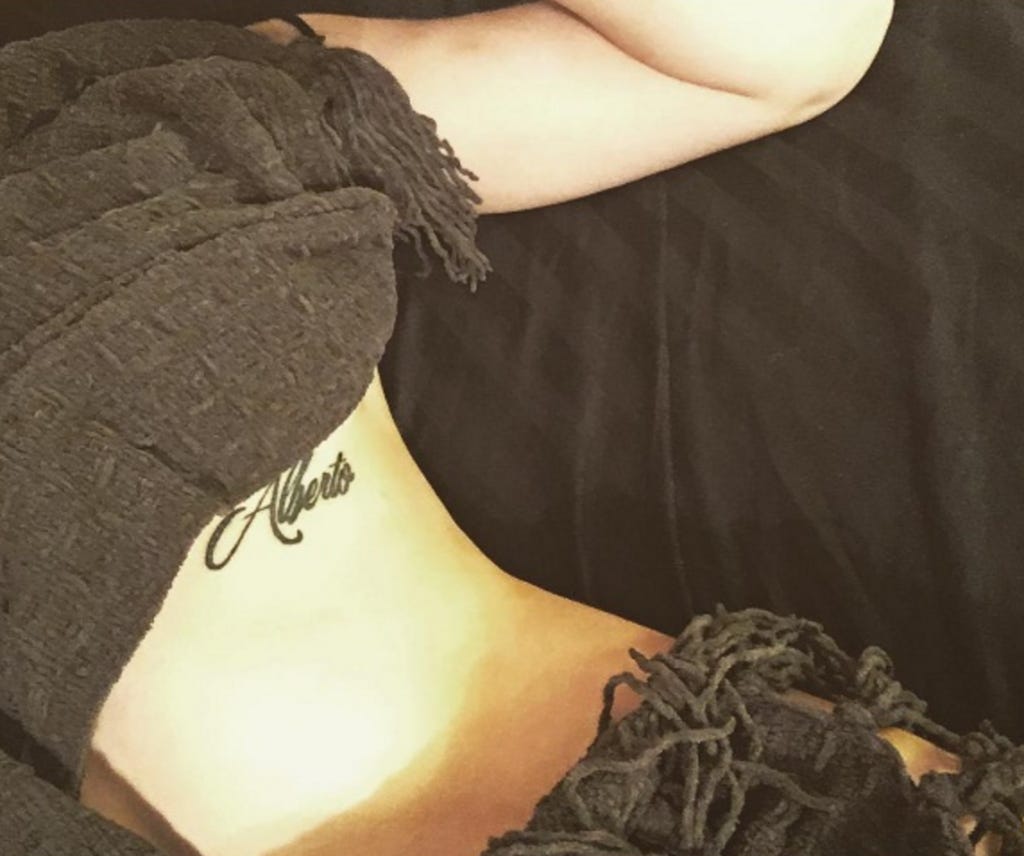 Heavy - After her boyfriend, Alberto Del Rio, quit the WWE, superstar Paige got a second tattoo dedicated to him.

Paige, a.k.a Saraya-Jade Bevis, posted a photo on Instagram this week of her new “Alberto” tattoo. This is in addition to the “Papi” tattoo she has on her finger, though this new one is significantly larger and would be more difficult to hide.

Alberto Del Rio recently left the WWE, and it is rumored that part of the reason is that the company was trying to end the relationship between Del Rio and Paige. Though Paige’s contract doesn’t expire for three more years, she reportedly tried to quit last week and recently hired lawyers to explore her options for getting out of the contract. MMA Insider Front Row Brian recently reported that Paige believes she can get out of the contract, but the WWE sees things differently.

Nothing, and I mean nothing, is smarter than getting your significant other’s name tattooed on your body. Doesn’t matter if you’ve only been with them for 4 months, you have to show your loyalty to them by getting their name permanently inked on your ribs. But not only that, you have to quit your job, the profession you’ve worked to become a huge name in, because your significant other (of 4 months) quit as well. That’s the story of Paige and Alberto Del Rio.

Paige, by ALL accounts, is a certified lunatic. She had a weird upbringing, starting wrestling at the age of 13. Her family are all apparently crazy, and the apple doesn’t seem to fall far from the tree. She was huge in WWE a few years back, but hasn’t been able to get her head right in recent times. And now this relationship with ADR has made her completely fall off the rails. They were both suspended for a wellness policy violation at the exact same time, they’ve gotten in public fights, and there are rumors that she’s hopped up on drugs and/or alcohol a shit ton.

And what the fuck kind of mind control powers does ADR have? That’s the craziest part. Or how good is his dick game? She just turned 24 and is flushing everything down the toilet for motherfucking Alberto Del Rio. Not John Cena. Not Randy Orton. Not even Hornswaggle. But Alberto Del Rio. She has to aim higher than that if she’s going to quit everything, put his name all over her body, and do lines of coke off his ass instead of making millions of dollars in the WWE.

My hope for her is this relationship fails, she goes to rehab, she gets her life back on track, and she’s back in WWE in 3 or so years once she realizes she doesn’t have to be a hot mess. She’s going through that stage that chicks always go through in college- she’s being rebellious and doing that whole “whateva, whateva, I’ll do what I want” thing. Most rejoin reality, eventually. Hopefully she will too, and I’m intrigued to see how she’ll cover up his name.

PS: Remember when Taker had his first wife’s name tattooed on his fucking throat? Maybe she should have given him a ring before getting her ink done. 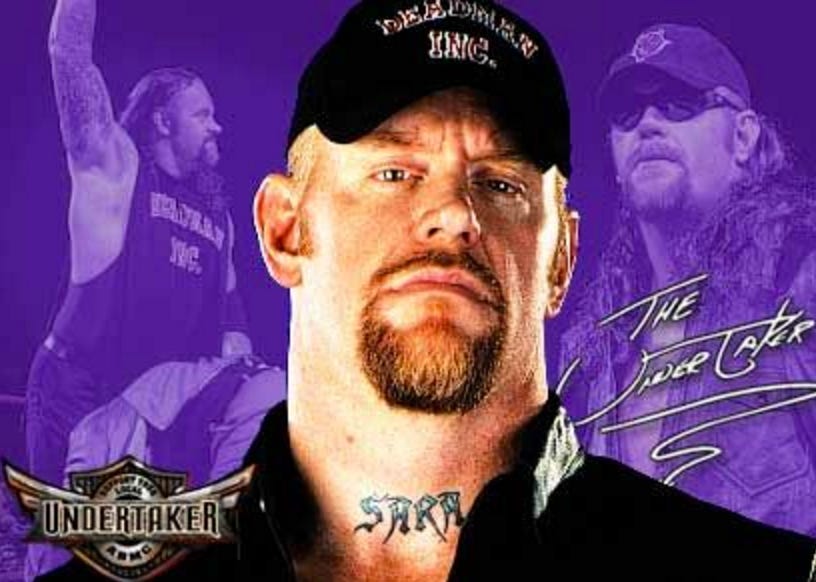