Ok I talked about this last night, but I got to be honest I don’t think this is getting enough publicity. Actually let me clarify. It’s not getting enough publicity as being one of the unintentional funniest moments of 2016. I mean the fact that a group of protesters actually showed up to Dancing With the Stars fully dressed in anti Lochte shirts is HILARIOUS. 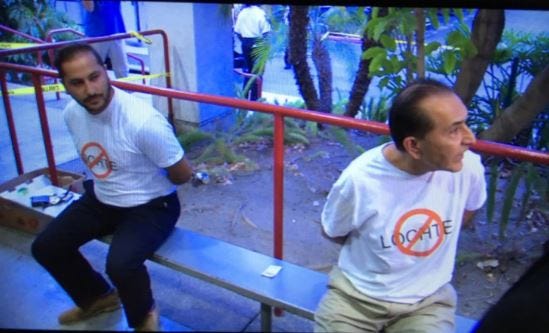 I mean think about that for a second. This is where we are right now in America. The Hulkster put Gawker out of business. Hilary is an alien and Ryan Lochte is getting attacked on DWTS because people are mad he lied about being robbed at gunpoint in the Olympics. It’s fucking AWESOME. And how about these quotes from DWTS people?

“That hurt, that broke my heart, that people are still on that subject and no one’s moving forward.” “You know, at that moment, I was really heartbroken,” he said. “My heart just sunk. It felt like somebody just ripped it apart.”

“This is my home, and I was just so shocked that people would come here and be so negative,” Hough, 31, told People. “This is a safe place for people to learn a new skill and seek redemption or start a new chapter in their life, and that’s what Ryan is trying to do.”

“I think it was just saddening and disheartening more than anything because this is such a positive show and we’re all about putting people in a positive light,” she said. “For somebody to want to ruin that for Ryan is just really, really hard.”

“He won the gold medal for this country, folks. “He’s a hero and he’s a great guy on top of that.”

“You know, you have to keep pushing, have another great week next week,”

You literally couldn’t take this shit any more serious. I fucking love it. And the coup de gras is Vanilla Ice calling Ryan Lochte an American hero. To quote Don King….Only In America!