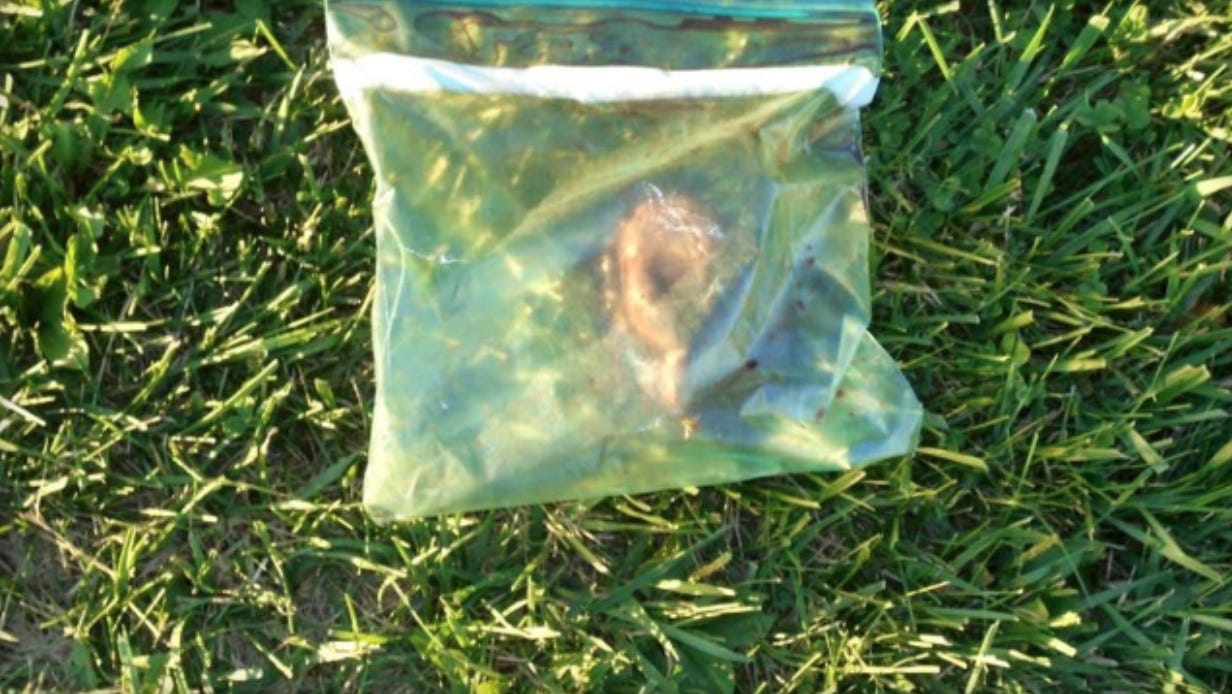 NORWALK, Ohio — A human heart in a bag was found late last month near a convenience store parking lot authorities said.  Paramedics who were at the convenience store waiting for calls on Aug. 25 discovered the heart, according to The Reflector. The paramedics had just returned from a call when they spotted a bag in a nearby field. The bag contained a slightly decomposed heart. “I haven’t heard anything like that,” Norwalk police Chief Dave Light told The Reflector. The heart was examined by the coroner and was also sent to a veterinarian for identification, Light said. “They’re 95 percent sure it was human,” Light told The Reflector. “But they want to make 100 percent sure.” Authorities said there are no unsolved cases involving a body missing a heart.

This is how season 2 of True Detective should’ve started. Forget Colin Farrell and Taylor Kitsch and definitely forget Vince Vaughn (keep Rachel McAdams cause she’s super hot).  Just open on a picture of a heart in a ziploc bag and then go from there. Because there is undoubtedly a great story behind how that heart ended up in a ziploc bag then in a field then in the hands of police. Where did it come from? Where was it going? Why was it going there? Whose goddamn heart is that? I hope some idiot shows up to claim the heart. Obviously it’s not their heart but I need to know the story behind it almost as badly as the dead person needs his or her heart back. I can’t even imagine the level of panic that hit once whoever had the heart realized they lost it. I rip my apartment to shreds every time I lose my keys. It was probably a lot like that only times a billion. But hey, the cops found out. Now somebody claim it.