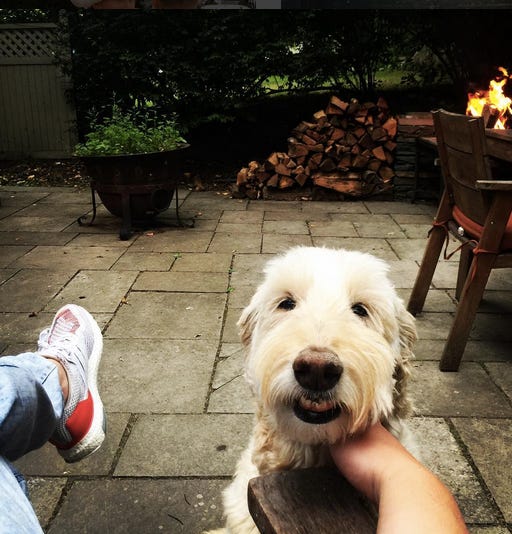 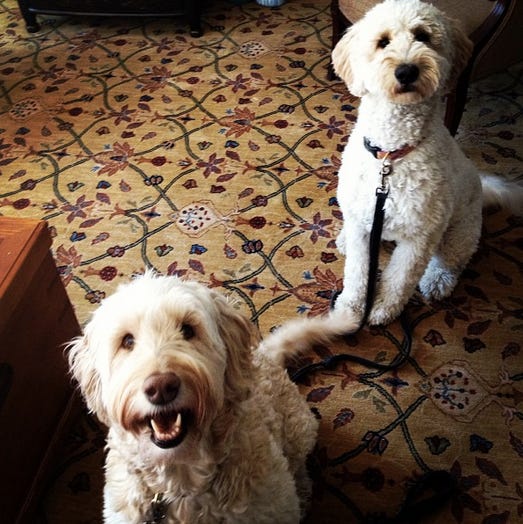 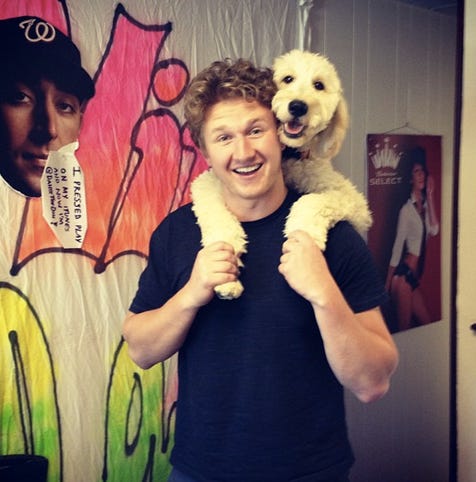 Look at those miserable, tortured bitches (I mean that respectfully)

(Newser) – It’s time to abolish the ownership of pets, or “animal slaves” as two Rutgers law professors call them. “They do not belong in our world, irrespective of how well we treat them,” Gary Francione and Anna Charlton write in Aeon. “We control their lives for ever.” Charlton and Francione, who own six rescue dogs themselves, argue that pet ownership, animal domestication, zoos, aquariums, and the eating of animal products must be done away with because “these violate the fundamental rights of animals.” And they don’t mean “animal rights” as it’s usually thought of but something much closer to human rights, comparing humanity’s use of animals to slavery, in which animals are property and as such can never truly have rights.

To say that an animal has a right not to be used as property is simply to say that we have a moral obligation to not use animals as things, even if it would benefit us to do so. With respect to domesticated animals, that means that we stop bringing them into existence altogether. We have a moral obligation to care for those right-holders we have here presently. But we have an obligation not to bring any more into existence.

And this includes dogs, cats and other non-humans who serve as our ‘companions’.

“Animals have a moral right not to be used exclusively as human resources,” Francione and Charlton write. “Substantially all of our uses of animals must be abolished.” They say we must stop breeding pets as even the most well-treated poodle is still property and therefore has no rights. The killing of animals for meat is also no different than reviled “sports” like dog fighting. In both cases, animals are harmed simply for human enjoyment (Francione and Charlton note a vegan diet is perfectly healthy for humans). Even if laws were created and enforced to require pets be treated as close to humans as possible, that then takes away the right of people to breed more of them. As it is, the current treatment of pets would be considered “torture” were they humans. Read the full piece here.

I read that entire article, because I’m a masochist, and it’s some of the most insane shit I’ve ever heard. I have legitimately no clue what these maniacs are trying to say. I’m pretty sure they’re suggesting pet genocide? I could be wrong but that seems to be what they’re saying with the “abolish pets” and “stop breeding pets” method? That’s their plan to stop the few people who are bad pet owners, get rid of pets?

What a way to get away with mass killings, play the “we’re actually helping you because a select few don’t have the best lives ever” card. Hitler, Pol Pot, the Hutus, they all could have learned a lesson from these two world beaters. “No, no. I’m not a vicious monster. I’m actually a vegan, believe it or not. I’m just exterminating you and refusing to allow you to breed because there are some people out there who don’t treat you humanely. Trust me, Jew. I’m really on your side here. I’m an advocate for you! Ya gotta believe me!” If the Nazis had that written on the Auschwitz walls, our history books would be a very different read.

Try telling that shit to my dogs, Gary Francione and Anna Charlton. Tell them that because there are some pet “guardians” who don’t treat their animals with love and care they’re kicked out of my house. Tell them that they don’t get delicious treats, home cooked meals, awesome toys, and they don’t get to cuddle on the couch and watch Air Bud on Sundays. See what the fuck they do to you. They’re peaceful as shit but they’re liable to bite your goddamn face off when you tell them that they no longer have a home and must roam the streets, eating garbage, like they’re some fucking Indian dogs. Go ahead, tell them.