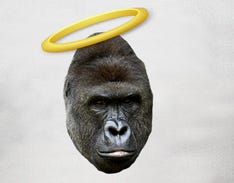 Daily Mail- Has a gorilla been named Harambe McHarambeface at a Chinese zoo after asking the public what the newborn should be called? The fate of the new arrival at Jinhua zoo in China’s central Zhejiang province was reportedly left in the public’s hands, who rushed to the polls to cast their vote.
It was reported a total of 73,345 people voted for Harambe McHarambeface – mimicking the infamous Boaty McBoatface – and with 93% of the vote the gorilla was said to have been given the new name.

The moniker is a reference to the 17-year-old gorilla shot dead at Cincinnati Zoo after a four-year-old boy fell into its enclosure. But the site – Boston Leader – who broke the story is being questioned by internet users as to the validity of the story.

MailOnline has been in contact with Jinhua zoo, but received no response. And, according to a Chinese news outlet, it might be no surprise. That’s Mag claim that the zoo has not updated its website since 2013, and its social media accounts were last in action in may. It also said although the zoo exists, it does not have any gorillas listed. The Boston Leader, which claims to have been bringing you Boston’s best news since 1932, only set its website up last week.

What a despicable act by this website. I didn’t want to blog this story because taking the name of an innocent gorilla murdered in cold blood as he was trying to help a kid and making a mockery of it for some pageviews is disgusting. It violates the unwritten code that man and animal has with each other and it breaks internet code. Because that story is perfect if it’s true. I want to live in a world where a bunch of Chinese people go to a zoo and try to pronounce whatever the translation for Harambe McHarambeface is. They would probably have to chop their tongues off to get the dialect correct, which would be the perfect revenge for all the poorly translated Chinese tattoos across our great country and the fact that 99% of the items in our homes are made in China. There have been enough stories about Harambe that seemed fake but were somehow real. Like the mascot at that Cincinnati high school that dragged a kid around. Internet gold. Now we have to #staywoke for fake Harambe news? This is all almost as tragic as the events of May 28, 2016.

The only way to fight against websites that take advantage of Harambe’s memory is to buy a shirt, hate, koozie, or all of the above. RIP Sweet Prince. 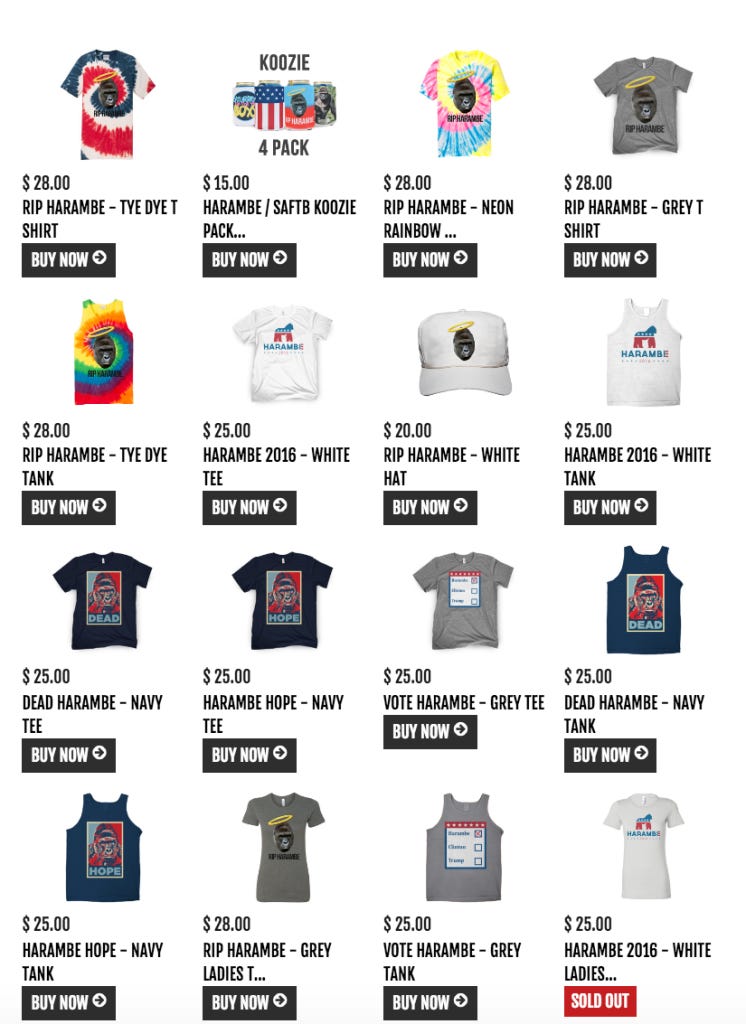