Well it’s official. Mariah Carey is washed up. Donezo. Finito Benito. Sure her inability to sing live the last few years was a red flag. And she appeared to be batshit crazy for what seems like decades now. But shaking that ass for Robin Lopez means that she is no longer close to an A-Lister. Or B-Lister. Or C-Lister.

Peak Mariah had it all. The looks of a model with the voice of a siren. Plus her pop songs also played on the hip hop stations because she was half black. Pound for pound, young Mariah was the best diva these eyes and ears have ever heard.

But this video is the last shovelful of dirt on her grave. And that comes from someone that counts “All I Want For Christmas Is You” as a top 5 song. Long gone are the days of Derek Jeter romp sessions. Now it’s dancing on the nerdy, awkward, worse Lopez brother. It also explains just how much the Knicks had fallen before signing a model slayer like Joakim Noah. During the glory years, Patrick Ewing was getting lap dances and head (allegedly) from strippers at The Gold Club. I don’t know what those girls look like, but I imagine 2016 Mariah doesn’t hold a candle to them (Even though Touch My Body is a criminally underrated booty song and music video on the tail end of her career. Basically A-Rod’s 2010 season).

Also, I need to know more about this guy. I feel like he could be the next big thing in music, like when 2Pac was still just a background dancer for Digital Underground. 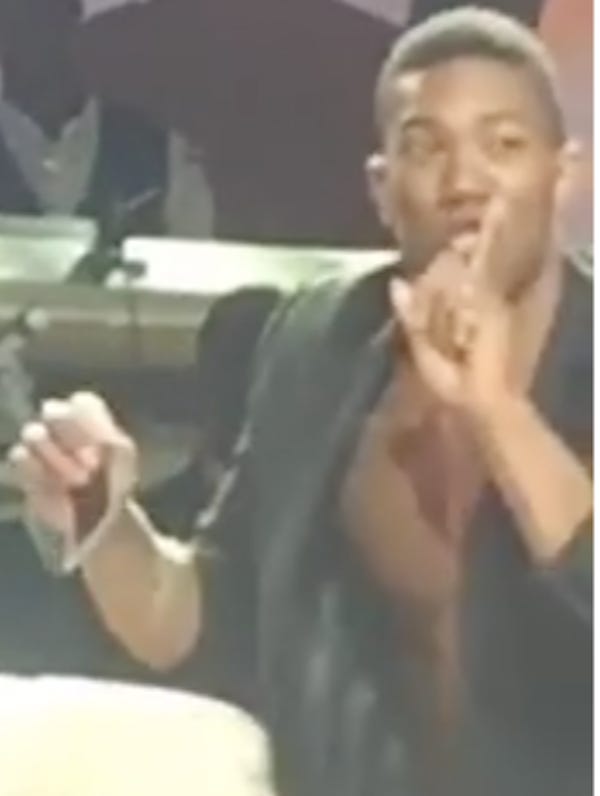