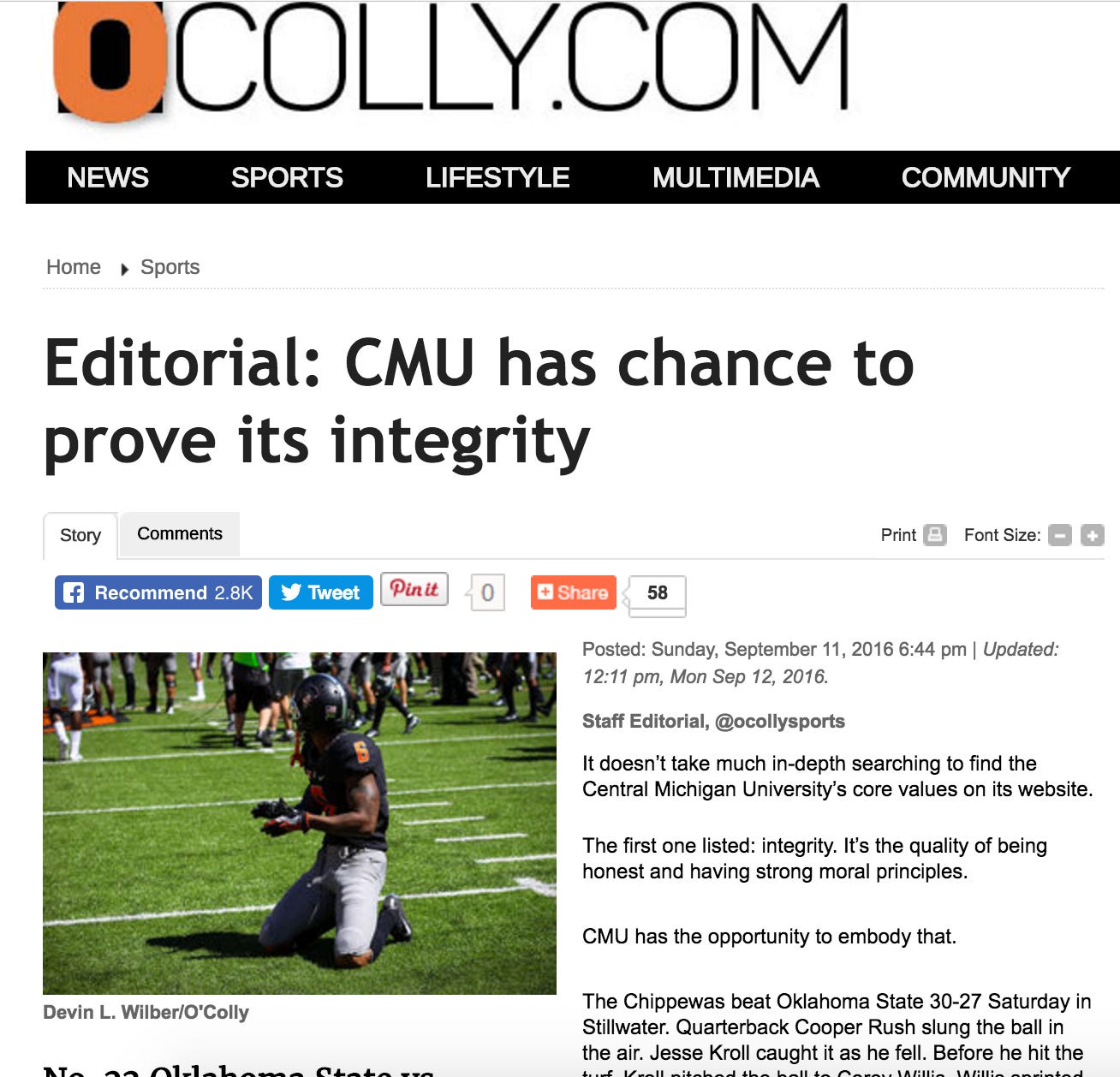 It doesn’t take much in-depth searching to find the Central Michigan University’s core values on its website.

The first one listed: integrity. It’s the quality of being honest and having strong moral principles.

CMU has the opportunity to embody that.

The Chippewas beat Oklahoma State 30-27 Saturday in Stillwater. Quarterback Cooper Rush slung the ball in the air. Jesse Kroll caught it as he fell. Before he hit the turf, Kroll pitched the ball to Corey Willis. Willis sprinted across the field and into the end zone.

The OSU football team and its fans stood quiet in disbelief. Moments before they were cheering until an intentional grounding call gave CMU an untimed down.

That cheering should have never stopped. By this time, OSU fans should have been singing the alma mater with a 2-0 football team.

The play that quieted Boone Pickens Stadium should have never happened. The NCAA football rulebook states that the game should have ended, despite the intentional grounding penalty.

After the game, the officials admitted their hiccup. Now, all that’s left, is for CMU to accept the truth.

For the game’s result to be overturned, OSU must appeal to CMU and the Chippewas must approve it.

That’s easier said than done. The Chippewas would give up a win against a team from a Power Five conference. They would give up an easy road to tallying a 12-0 record. CMU doesn’t play another opponent ranked in the top 25 this season.

It’s not easy, but practice what you preach, Chippewas.

CMU can be remembered for a game-winning Hail Mary that shouldn’t have happened. They can use the play as a recruiting tool. It’ll be free exposure on ESPN all season. It’s an opportunity small schools dream of.

But how can CMU try to improve its university on a play that never should have happened?

Especially when it motto begins with integrity?

CMU, you claim to teach integrity. Now’s your chance. They say the best way to teach is by example.

Here is that example. 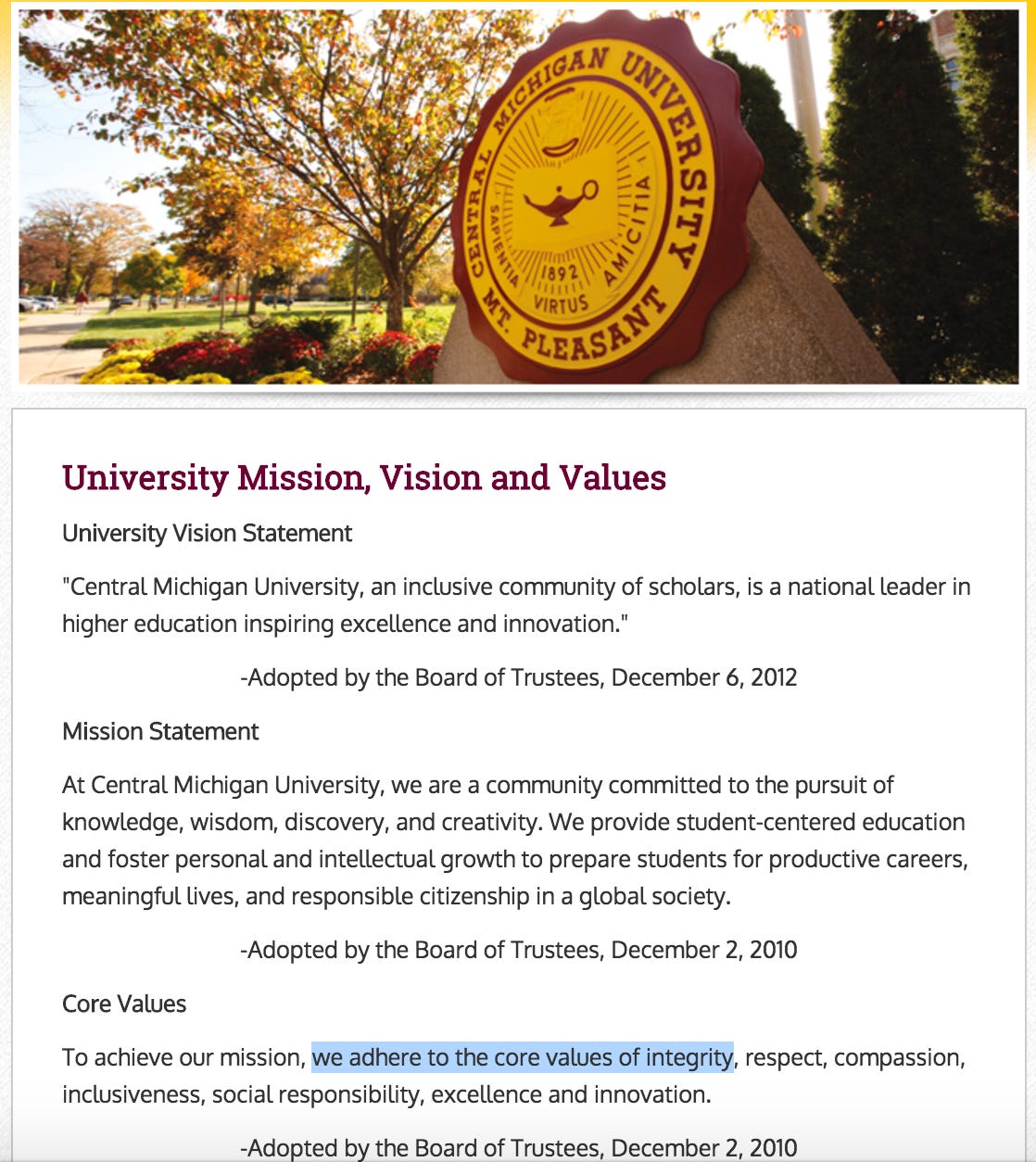 Getting your own words shoved right back down your throat, such an awful feeling. Great game and hell of a hail mary, but unfortunately we’re going to have to ask you to cancel that win because your website said you are honorable, and you wouldn’t want to be liars right?

Have. You. Ever. Watched. Sports?

Seriously what the fuck? Is this the first time you’ve ever seen a ref make a mistake that influences the outcome of the game? Happens every week. Happens every game. I’m sure there were at LEAST 6 bad calls in this game that affected how the final score came out.

I mean if you want to invoke your rights as sports fans, go ahead and look up the names of the refs that fucked you over and blast them with hateful social media and emails messages like a good millennial. Or, maybe, blame your defense for giving up the play?

Don’t blame CMU for being given a set of downs and capitalizing on it.