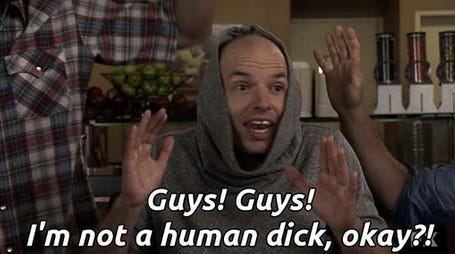 With the new NFL season underway, we’ve got a whole new topic of awesome conversations to have with our friends, co-workers, cashiers, and random people on the street. I figured, why not take this riveting conversation to the blog? Who loves hearing about fantasy teams? Everyone. It’s the best. So let’s rap. You lost on a crazy play? Come on! If Terrance Williams had gotten out of bounds and had Bailey would have made the kick then you win the week? That’s shit luck. How many of your guys got hurt? Who underperformed and really screwed your team? Tweet at that motherfucker and let him know! Yeah, yeah good idea… call him the N word so he really knows you’re mad.

I want to hear all about it, fellas. Can Anotnio Brown have a huge game tonight and save your week? Nice! Optimism! I love it, I’ll be rooting for you. How annoying was it that the ESPN fantasy app was down? I know, right? Kept refreshing and refreshing and refreshing all day. Refreshed so much that I forgot to watch football at all. Get it together, “worldwide leader”!

You may be down after week one, you probably suffered a brutal loss because everyone knows that’s the only way that people lose fantasy football, but it’s still early, friends. You’ve still got a chance to hit that waiver wire, make some trades, and win that fifty dollar pot then make your loser friend get that stupid tattoo. Keep us updated!