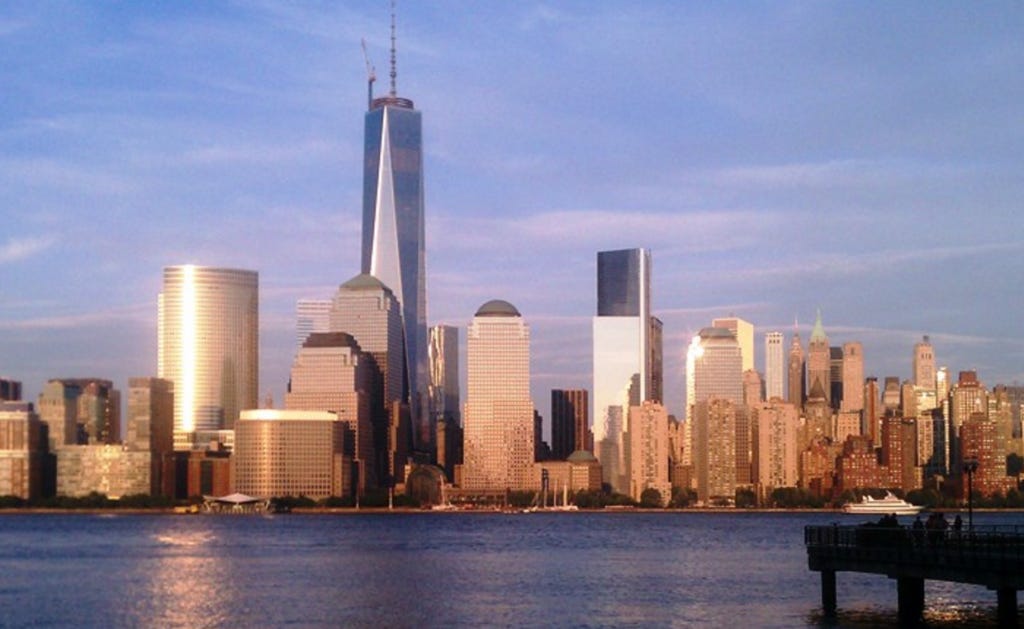 Well it’s been just over a week since I packed up my stuff, put it into a sack on a stick, and walked my way up from Arlington VA to Hoboken, NJ, to begin a new life commuting into an office at the new Barstool Sports headquarters in beautiful midtown Manhattan. 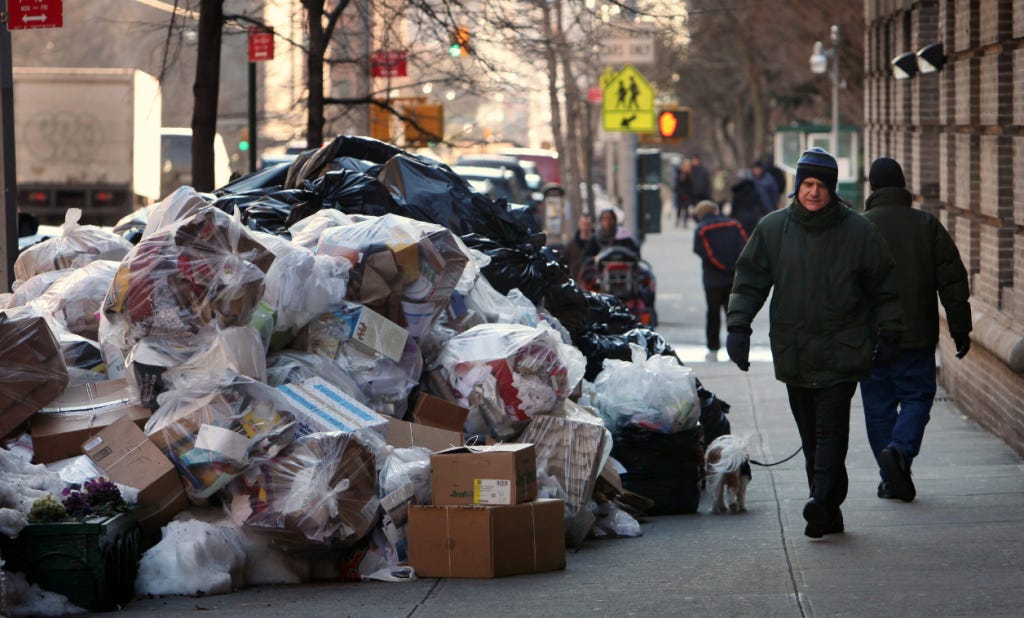 I settled into an apartment in lovely Hoboken, NJ, known for it’s exquisite views of the NYC skyline, having more bars packed into a 1 mile radius than any city on Earth, and college girls just waiting to be hoarded by Chris Spags.

But beyond that, Hoboken has been both welcoming and a bit of a situation (using that Jersey lingo, nbd). So after a week of living here, here are my top 5 best/worst things about living in the “sixth borough” of NYC, in no particular order: 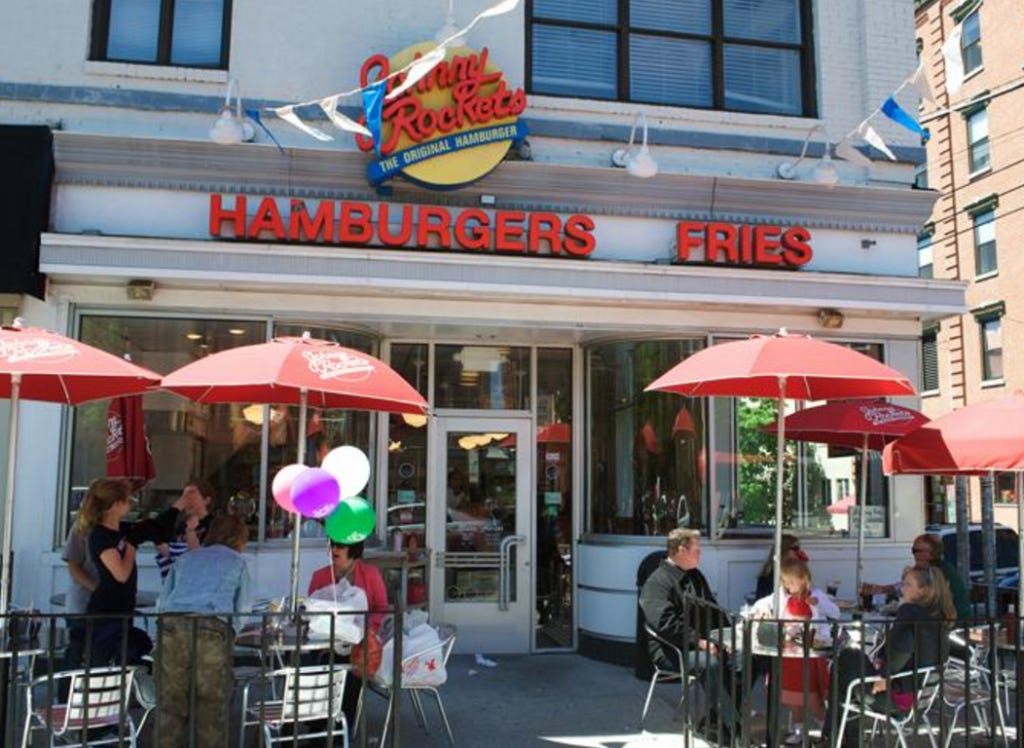 You might be wondering, why Johnny Rockets. And to that I tell you, I cannot explain it. But it’s basically crack. I’m convinced they put crack in their burgers. Because it’s not like the burgers are even that good. I mean don’t get me wrong, they aren’t bad or anything, but they definitely aren’t something you should go back to and eat on a daily basis…but yet there I am. I feel like Mac and Dee going back to the crack dealer. I just find myself at 9pm at night not wanting, but needing Johnny Rockets. It’s always open, always there for me. And the thing is, it seems everyone in Hoboken, for whatever reason, shares this sentiment. JR’s is a “Hoboken staple”, according to many residents (KFC). In a city with a billion choices, motherfucking Johnny Rocks shines through. 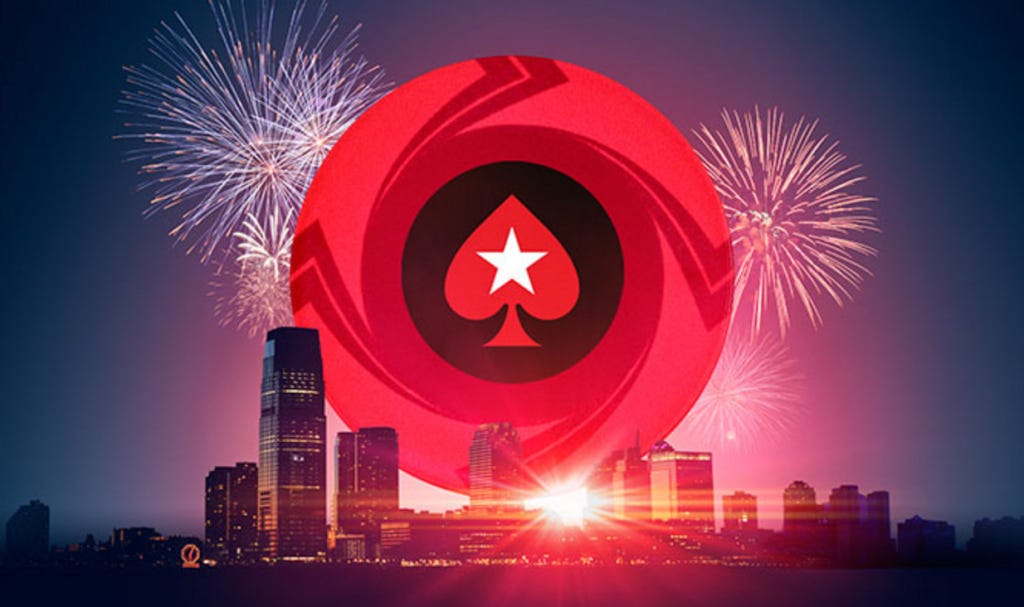 It’s pretty much the reason I picked to live in Hoboken instead of finding a shoebox sized studio in the city or becoming a hipster and moving to Brooklyn. Regulated online poker is banned everywhere in the United States except for NJ, Nevada, and Delaware. And as a bit of a poker player/degenerate, I needed to be able to blow off steam and make some side money to help pay for 18 dollar beers by playing online poker. The fact it’s illegal in the US is complete nonsense, and it feels so good to be back on the virtual felt seeing flops feels so, so good.

I’m down a TON playing on Poker Stars. Like…a ton. I thought I was good, but maybe I’m actually the worst? Hard to say. The problem is I don’t have time or patience to grind it out with those tiny buy ins with like 50 bucks for first. I’ve only been playing the highest of stakes, and it’s gone miserably for me. Like, I might not even be able to afford the Double Smokehouse Burger from Johnny Rockets tonight if this keeps up. Going to need to win the tournament in Aruba in November to bankroll my online poker degeneracy. 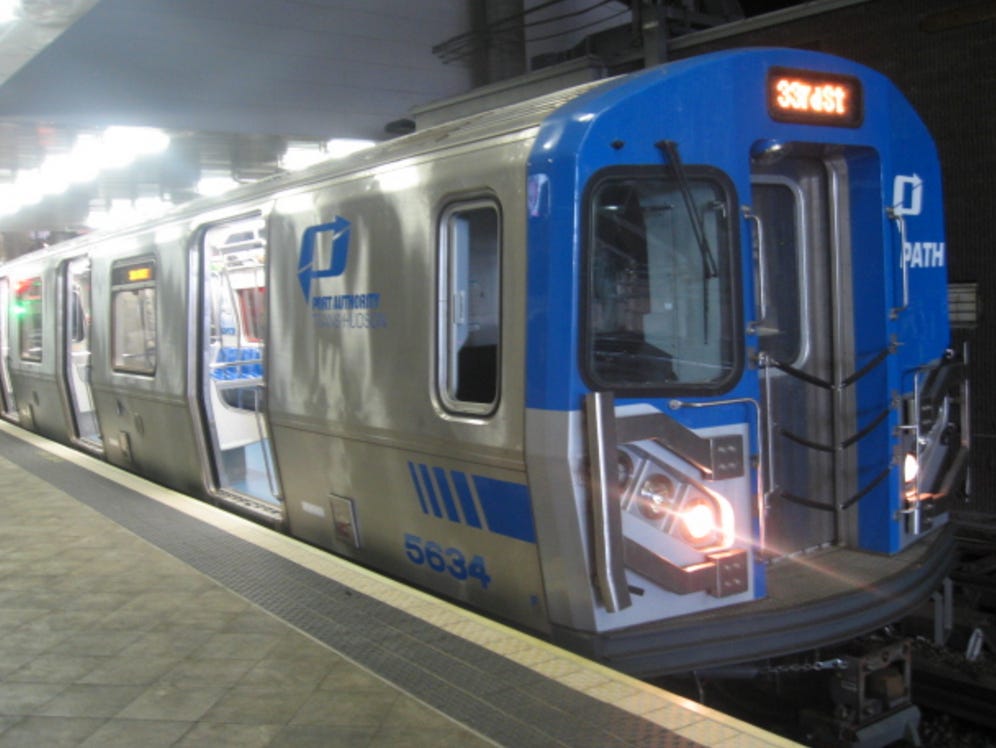 Public transportation, as a rule, sucks. You’re packed in, ass to dick, with complete strangers sneezing all over the place, in a dark underground tunnel that Al Qaeda has likely snowed anthrax through. But beyond all of that, the PATH to get me from Hoboken into the city isn’t too shabby. It’s air conditioned, it’s clean, and there aren’t any unruly teenagers swinging from the rafters and then demanding money for being a major disturbance. I mean some woman did yell at me and demand my seat today, like hey bitch, I was here first, take your pregnant ass somewhere else. But besides that, it’s been a fairly nice and easy commute, all things considered.

Worst: The PATH is actually the worst

Fuck the PATH. It gets this reputation for being all nice, but hey PATH, how about you run on weekends past WTC? Having to take the PATH to WTC, then take the grimey ass Subway up to the office so I can get my weekend grind on is awful. Taking one form of public transportation is bad enough, having to take 2 is basically torture. Send the Gitmo peasants onto a 150 degree, packed to the gills Subway trip and we’ll have all their secrets by Wednesday. So now it’s impossible to go out in the City on weekend nights, and if you do, have fun with all the drunk Jersey girls crying on the PATH about how their boyfriends don’t love them and puking into their dresses. Fuck the PATH.

Best: My apartment is pretty cool and I have a dog now

I got pretty lucky and got an apartment right in the mix of things in Hoboken. Bars and breezies as far as the eye can see. Not that I’ll even go out or talk to girls, but it’s nice to be in the best location possible. And my new roommate has a chill ass dog. Penny is the most laxed dog ever. Just looking over the place, making sure everything is running smoothly. Plus since it’s not my dog I don’t really have to take care of her, but I get all the perks of having a dog. Not a bad set up.

I’m basically living in a shoebox. I moved from a nice big townhouse where I had two walk in closets, a back yard, an entire different room as an office, it was the life. My new place is about 18 square feet. I’m basically sleeping in the bathroom and the kitchen is a sink. I’m right on top of a bar so the blasting techno until 2am is just wonderful too. I’ve basically just said fuck it and thrown away half of my stuff because there’s no point of keeping anything because there’s no space for it.

And my hockey bag is smelling up my bed room, as if I needed something else to keep girls out of it.

When it’s all set up and done, the office is going to be pretty awesome. Ideas flowing, magic being made, donuts being eaten- the work being done here really is going to be great, there’s no doubt about that. No more shitty Skype for Rundowns or Podcasts, lots of big time athletes and celebs rolling through, everyone together to make the best #content #content #content possible. 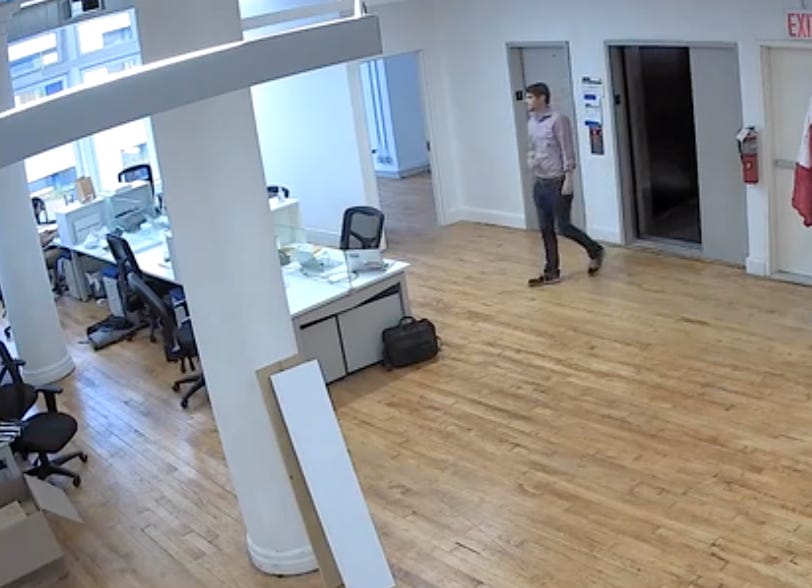 Leave it to Barstool to move into a half completed office. Construction ringing in our ears 24/7, studios that don’t work, Portnoy’s crotch in our faces during the Rundown because the set hasn’t come in yet. But not only that, our front door guy is virtually non-existent, as well saw last week when he started letting random people into our office. Without a doubt we are going to be shot and killed by a psycho, and that will be all she wrote for Barstool Sports dot com. Even without the 100% chance of being killed, having to work from an office instead of from home SUCKS. Putting pants on in the morning, having to pay to go to work, dealing with lazy coworkers- it’s not the same as working from the couch.

Overall though, I give the move so far a solid B. For every give there is a take, and despite being poor, living in a box, dealing with smelly Subway people, eating myself into a heart attack, and having to actually shower before going to work, it could be worse. Maybe this is a #NewYorkNewMe atitude, but I’m actually optimistic for maybe the first time in my life.