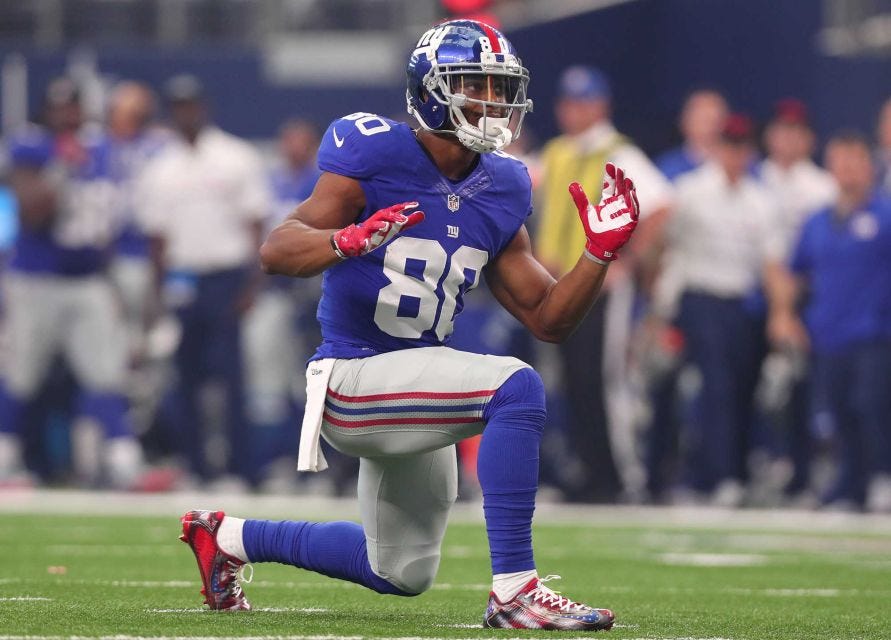 There were plenty of times during today’s game that looked an awful lot like 2015. A lack of QB pressure, predictable offensive play-calling, a high success rate on third downs against them – but the Giants did one thing differently. They won. By a point. On Opening Day. With Dallas having the ball to end the game.

After Big Blue rightfully ran as much clock as possible before giving rookie Dak Prescott a shot at victory, Terrance Williams inexplicably stayed inbounds at the Giants 40 with no timeouts left & allowed Ben McAdoo to pop his head coaching cherry. Unlike last season, the bonehead was wearing the opposing logo & that’s a big, big confidence boost for fans who were habitually preparing for heartbreak.

Big Blue didn’t necessarily play poorly. Their questionable offensive line was actually a bright spot for a majority of the game. Rashad Jennings was reliable in a “workhorse” role without Andre Williams poaching carries for negative yardage Eli spread the ball around efficiently outside of his milestone 200th career INT. Beckham had a big play, rookie Sterling Shepard cashed in his first score & Larry Donnell punched one in too. The biggest 6 though came from none other than Victor Cruz in his first game since a knee injury in Philly almost ended his career. It was a game-winning salsa celebration two years in the making.

I think most fans would agree we were expecting a little more out of the $200M defense – especially up front. To the Cowboys’ credit, their offensive line played like one of the best lines should & protected their rookie QB very well. Still, JPP got pressure a couple of times while Olivier Vernon got a lot of attention drawing a couple holds. Ezekiel Elliot was stuffed early & often by Snacks & Big Hank while Collins, Behre & rookie Darian Thompson brought the lumber at the safety position. Finally, new defensive captain Jonathon Casillas was all over the field racking up almost twice as many tackles as any of his teammates.

Did I want to see a drubbing? Of course. Dallas played well though & Prescott looked very poised in his debut. If Terrance Williams gets out of bounds, who knows – Dan Bailey could’ve hit a field goal from the parking lot. A win is a win though and it came from contributions all over the roster as opposed to one stolen by a freakish game out of ODB. I’ll take it. And if Dez Bryant is real bummed about his dropped TD & the loss, don’t be. You’ll always have the pregame tickle party to remember. 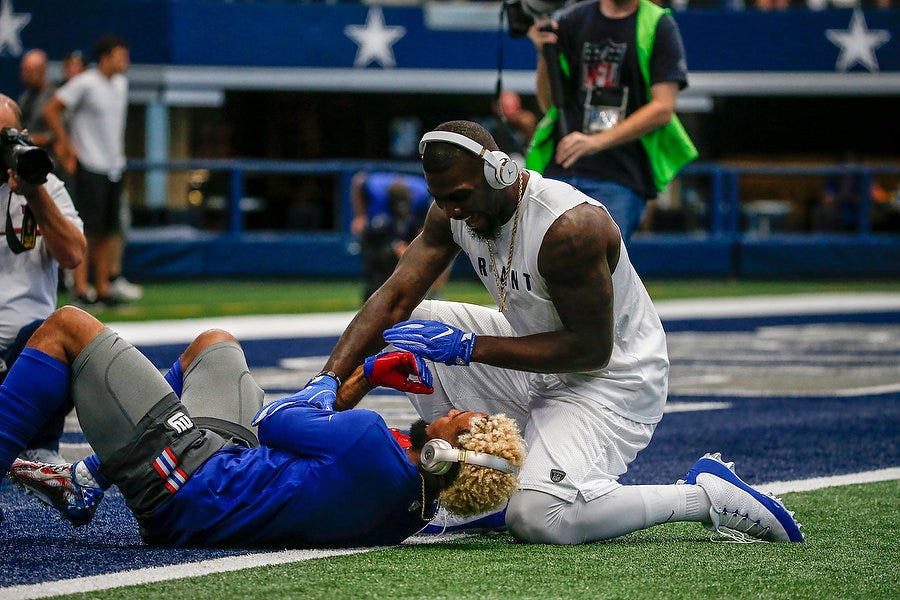