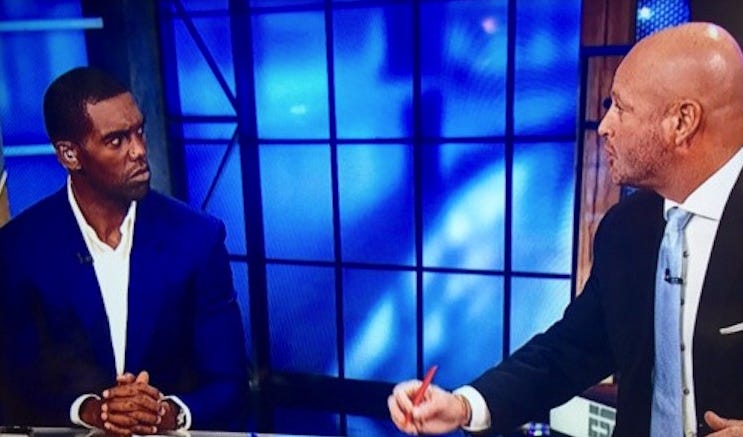 Angry Berman means one thing, NFL Rewinds are back. Let’s pipe it up.

Ah yes, this is the year folks. This is the season the Jaguars finally break through and “make some noise”. The world’s dark horse is never a good thing. Even had some offseason Jaguar shine that went viral.

But, we forgot one small problem. Aaron Rodgers is really fucking good at football. Makes me want to puke.

Say something nice about the Jaguars. This was pretty sick.

Also we can’t fully judge them because it was hot in Jacksonville yesterday. How do I know this you ask? Because of the FIELD THERMOMETER. I love the field thermometer because you know a cameraman, sound guy, and sideline reporter spent at least 10-15 minutes to set up a shot of a fucking CLOCK. Look how hot it is guys, look at those needles, it says 100, THATS HOT! MUY CALIENTE! PROOF! 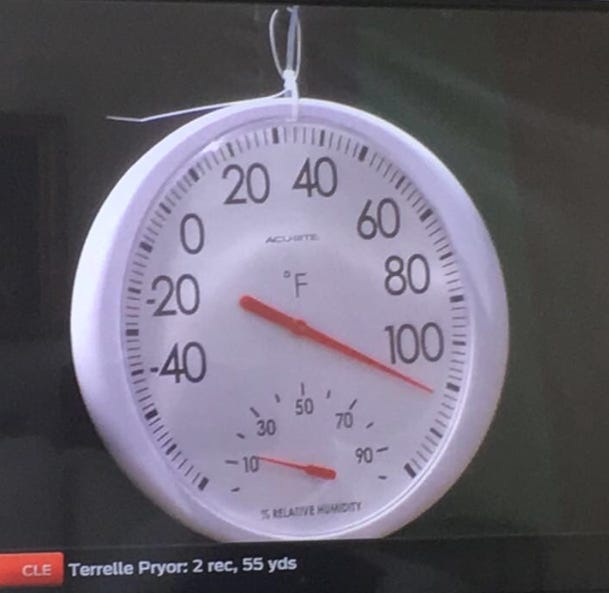 As is tradition. Jaguars loss equals kid in the head of a statue. Good to be back. 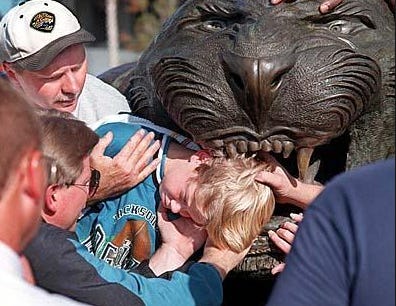 Maybe next week, grown man who put on way too much face paint for a game taking place in a swamp. 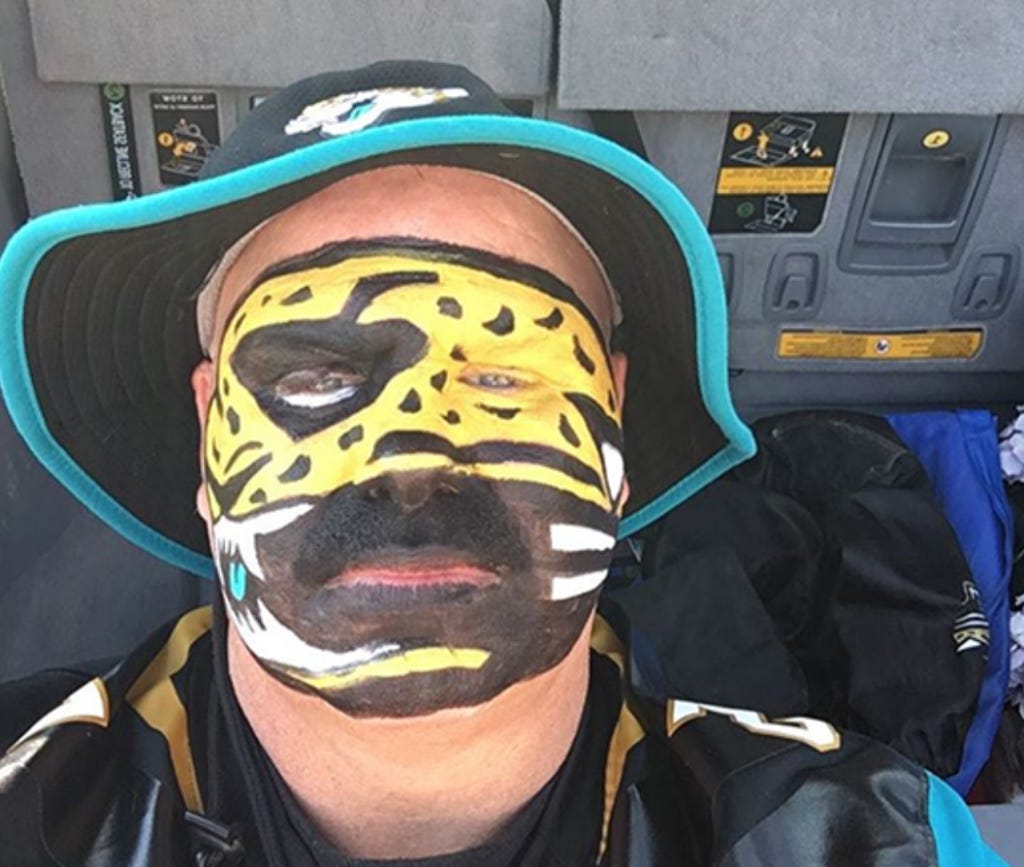 Joe Flacco is back.

The Bills offense is also back!

Haha, just kidding! All of Buffalo’s nightmares came true yesterday. Rex Ryan has officially got his greasy hands on that offense. Do you like short passes? Do you like runs for 3 yards? Well I’ve got a team for you! 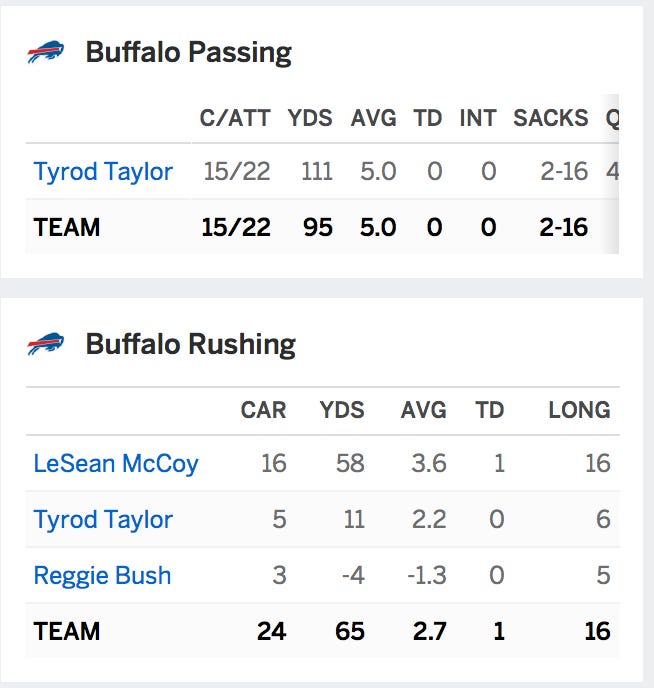 Between Jacksonville, Buffalo, and the Bears, let’s just say none of my teams are giving me tons of confidence.

Still having fun though. 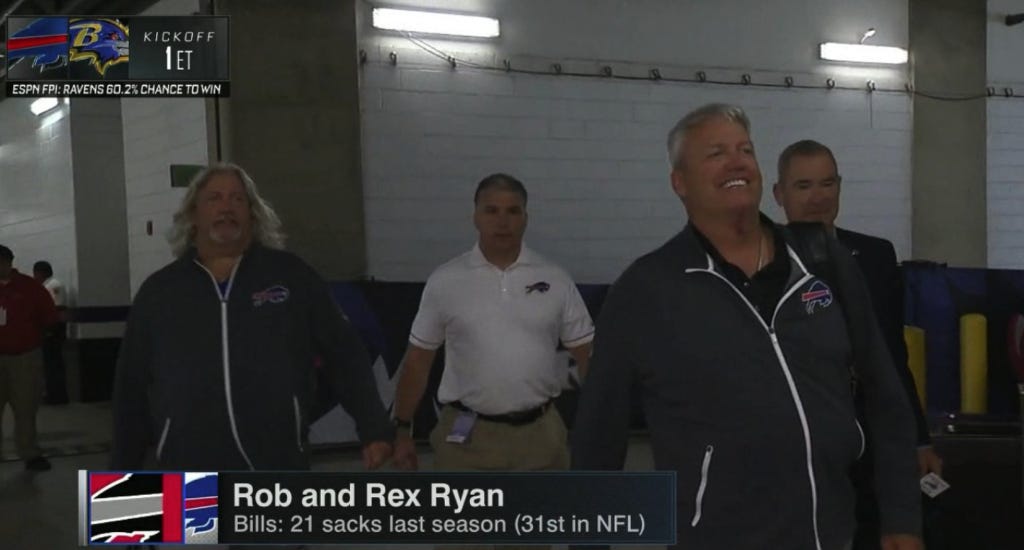 Good to see the revolting blob doing well in his second life as a Ravens season ticket holder. 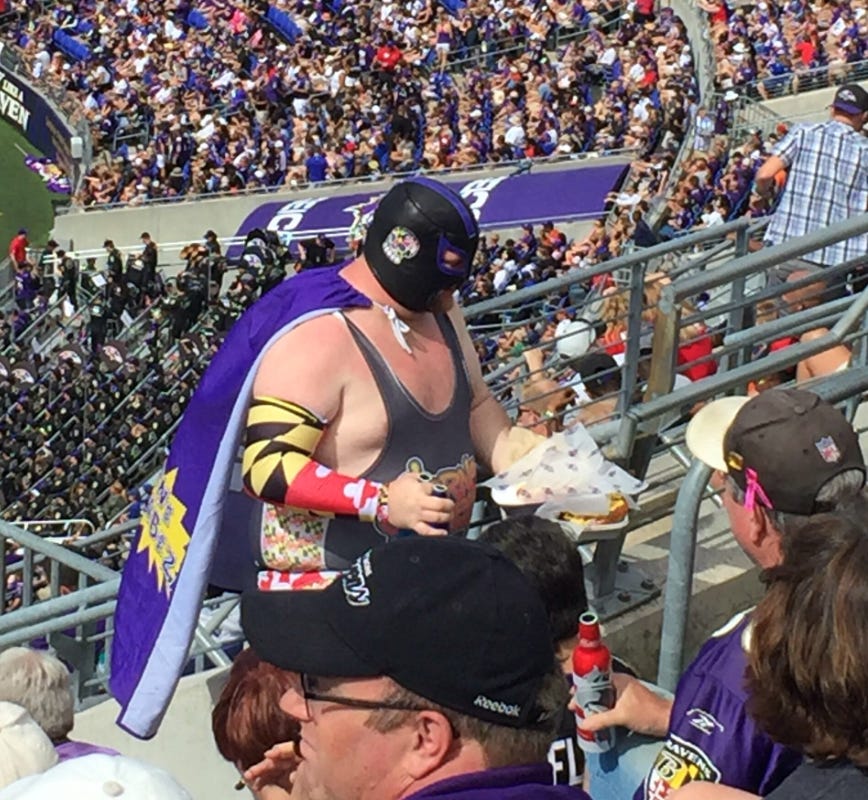 My summary of the Bears game in 1 single GIF.

Actually one more, welcome to the pain train JJ

*Please note if you’re new to these Rewinds. When the Bears lose I barely talk about it, when they win they get like 20 GIFS. I’m not above being completely biased here. Moving on.

Just when you think we’ve reached maximum Harambe the Vikings go out and get pumped with a little spoons out for a dead Gorilla.

Loved this Shaun Hill picture. STARTER. As he looks like he wants to fart and is wildly insecure of every part of his abilities as an NFL starting QB 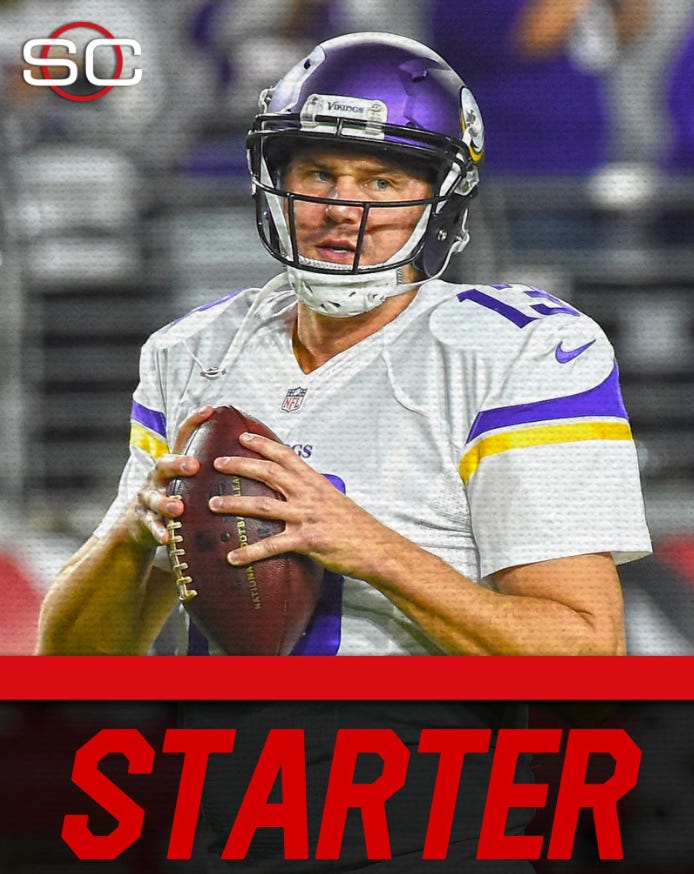 If you’re a Vikings fan this morning you’re 1) happy that they won and 2) thinking that this whole thing might just work out. Just have to get 2 defensive touchdowns every game and Sam Bradford/Shaun Hill will totally be able to manage this. Is that so much to ask for? 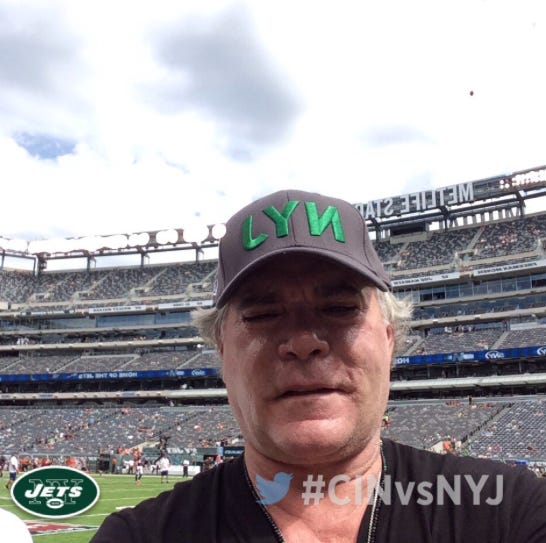 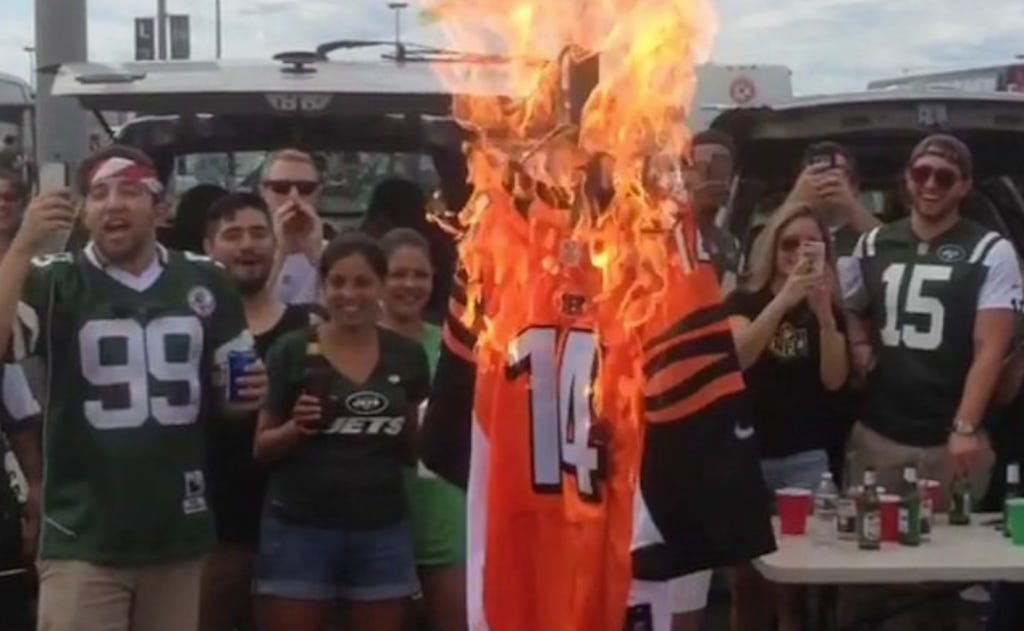 So what happened in the game? Well the Jets pass rush looked good (7 sacks of Dalton), the Jets running game looked good (4.4 ypc for Forte), so how did they lose?

And remember the whole Ryan Fitzpatrick offseason debate? Well here’s why it happened. Interceptions when the defender isn’t even trying to intercept the pass, that’s the Harvard difference.

“They call this Rock and Roll, heard it’s pretty cool with the kids these days”

Back to Jets fans being allowed to use fire…

The Chiefs first half summed up in one single Alex Smith pass.

Good news to all you Melvin Gordon fantasy owners last year. No you probably don’t own him again this season but now you’ll have that asshole friend rub it in your face all season long because you picked the wrong year to buy stock in MGIII

Here’s the thing about the Chargers though. They’re going to get injured 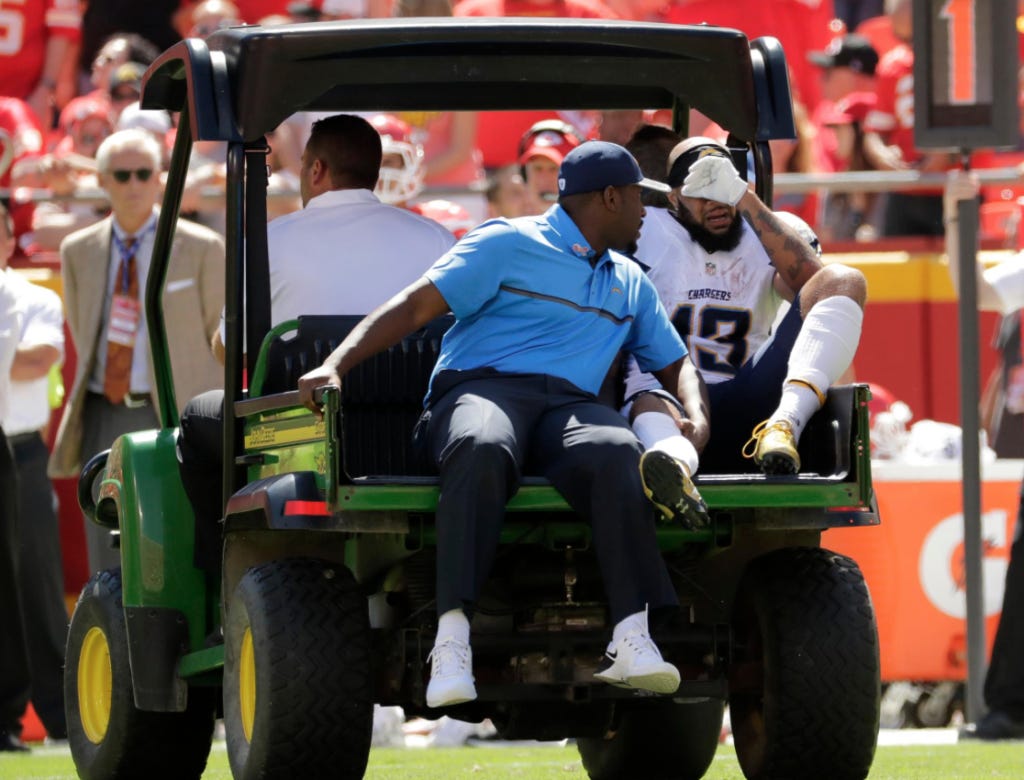 And they’ll be in that weird game you don’t pay attention to on Red Zone that ends up being the wildest game of the day. Every single time with them.

That’s San Diego football, good to have it back.

Good to have Big Red back for another season as well. I could look at Andy Reid pictures all day and in no way is that weird. 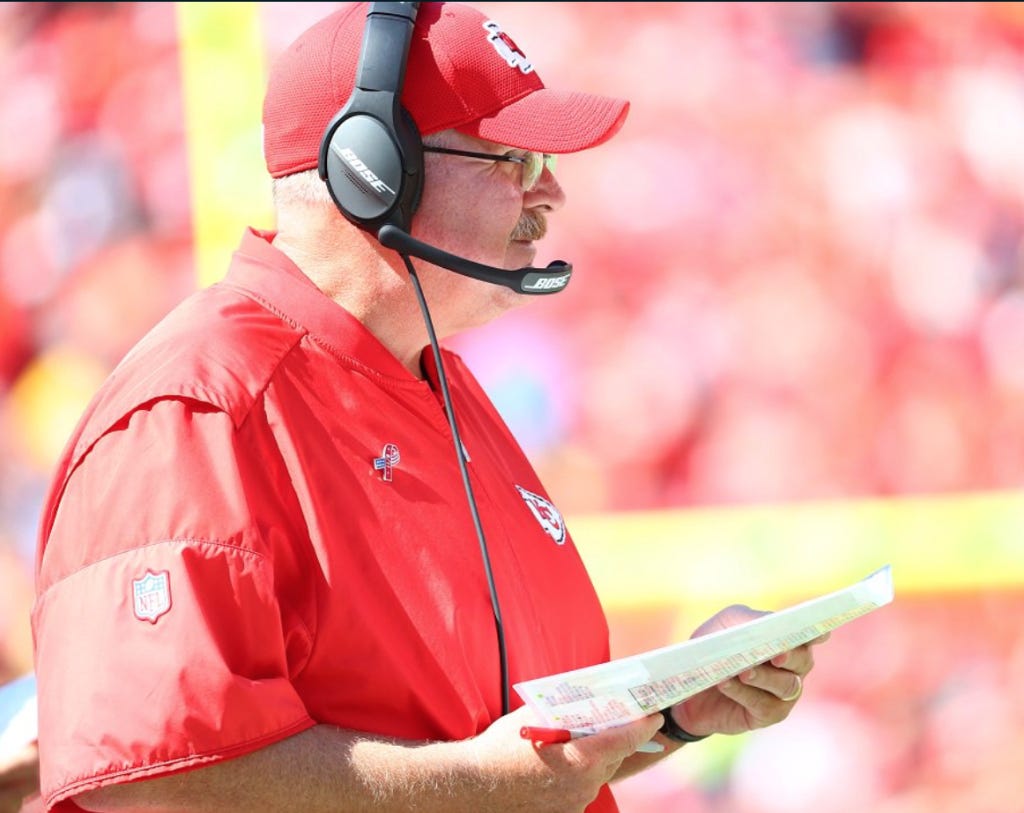 Lions 39, Colts 35 (out of habit I initially wrote the Lions lost, shaking off that rewind rust, that’s on me)

What’s funny with Caldwell is we joke about his lack of emotion but that double fist pump was seriously like a regular person stripping naked and streaking around the field in celebration. Probably got old Jim’s heart rate up over 40 heart beats per minute, wild stuff.

I have bad news for you Lions fans. You’re still the Lions. But you actually won!

Blowing a 21-10 halftime lead just feels very Lions like. Good news is it came against the Colts who are the perfect team to go down big, make a furious comeback while Andrew Luck hoards fantasy points, and then ultimately fall short like they always do.

Also this is the year Stafford kills someone, I can feel it. 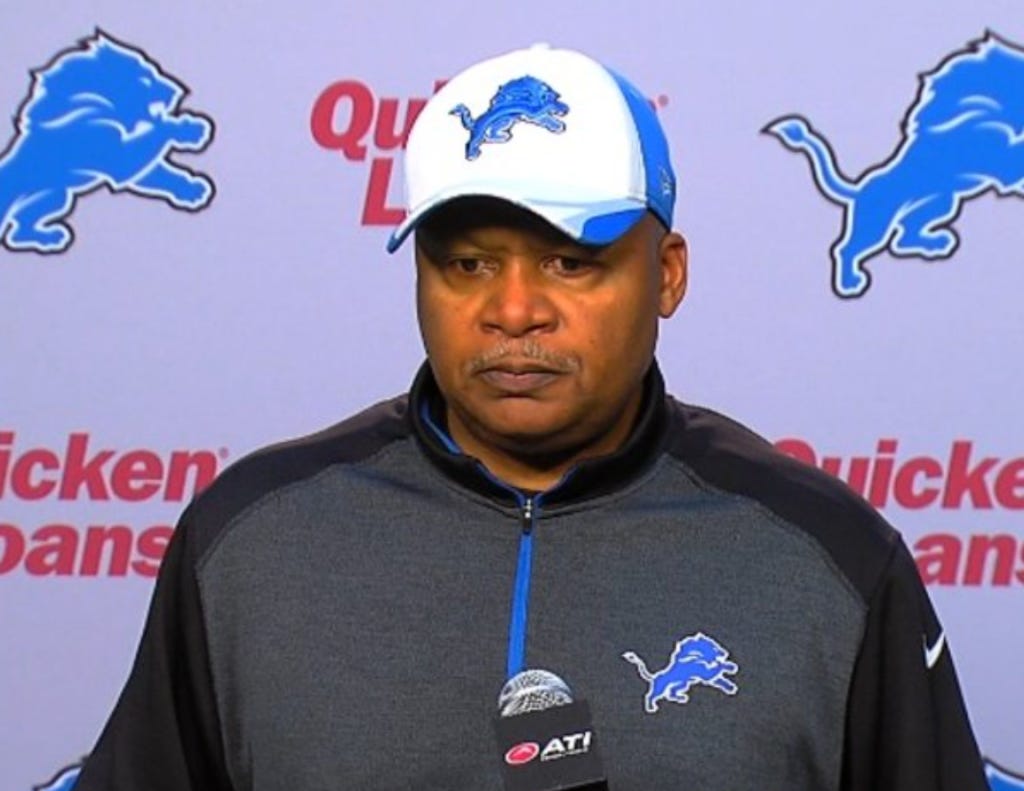 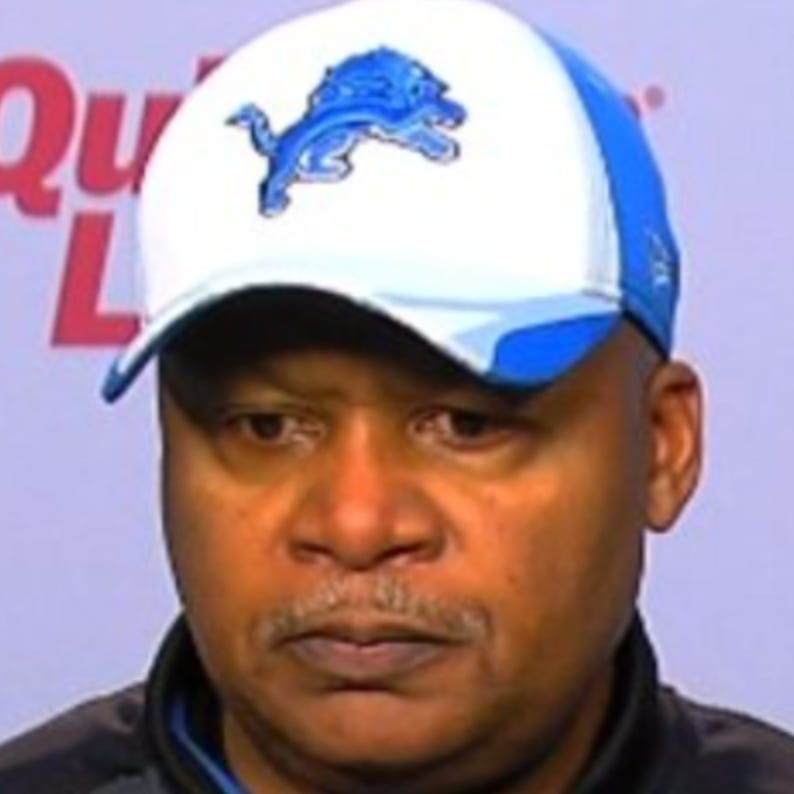 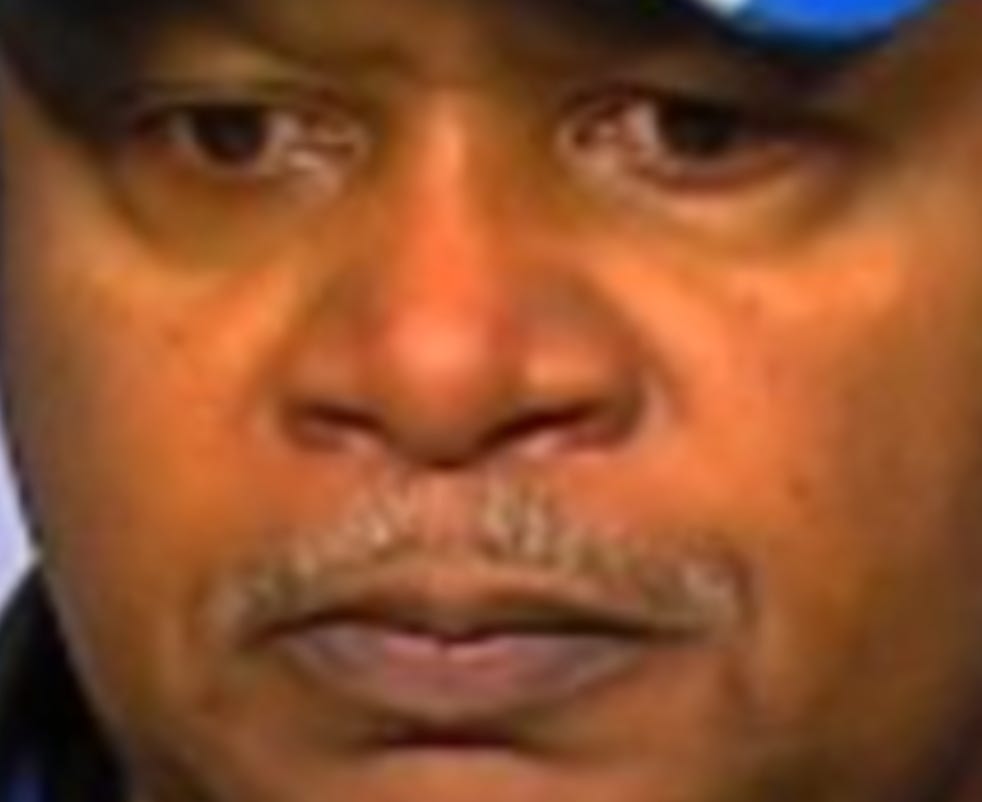