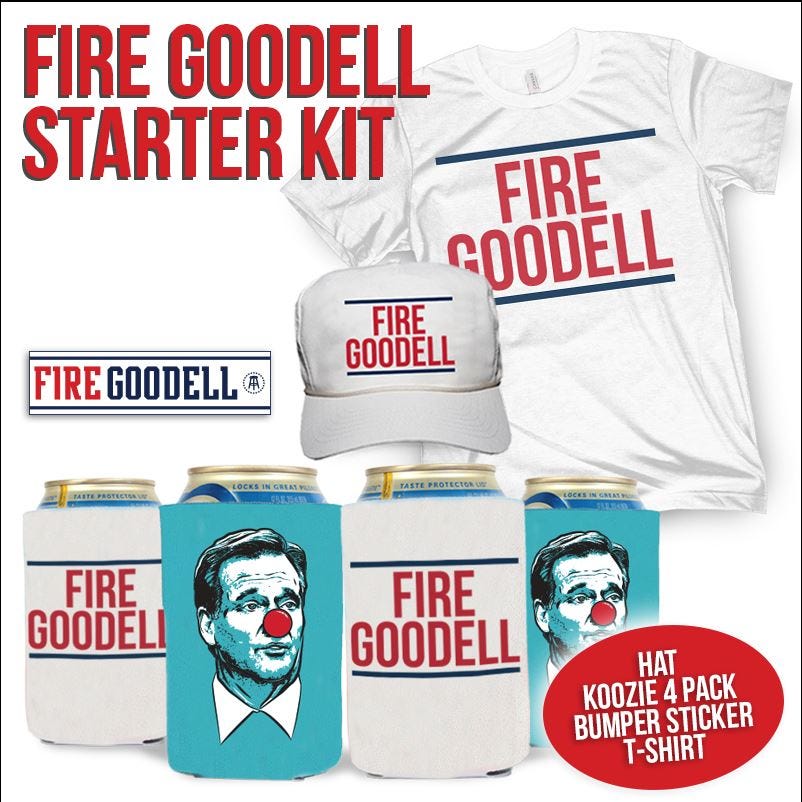 JESUS CHRIST. Did this guy just say that it was an independent investigation again? Did he say the courts confirmed that the NFL had overwhelming evidence again? DUDE SHUT UP! The entire world knows it wasn’t an independent investigation. You know how we know? Because your own fucking lawyers admitted it wasn’t, but said it didn’t matter anyway. And the courts didn’t say you had any evidence. Every single judge who looked at this case said it was a gross abuse of power on your part. That you are Hitler. They just said the players union gave you total and complete control to do whatever the fuck you want with no due process. So shut the fuck up.

And oh Matt Lauer learn how do a god damn interview. This clown is lying to your face and you don’t ask him 1 follow up question? Like when he says it was an independent investigation maybe you should ask why the NFL edited the Wells Report before it was released? Maybe ask why the NFL wouldn’t let their own lawyers be cross examined about their involvement in creating the Wells Report. Why Goodell lied under oath about Brady’s testimony. Why Ted Wells said he didn’t want Brady’s cell phone and then Goodell said that was the entire reason he found him guilty. Why the NFL didn’t correct the leaked PSI info that was wildly inaccurate. Whether Goodell knew what the Ideal Gas Law was before they started this case. There are literally 1 million lies Goodell has told and been exposed for that anybody who did an ounce of research could call him on and Laur didn’t ask 1 of those. Shame on him.