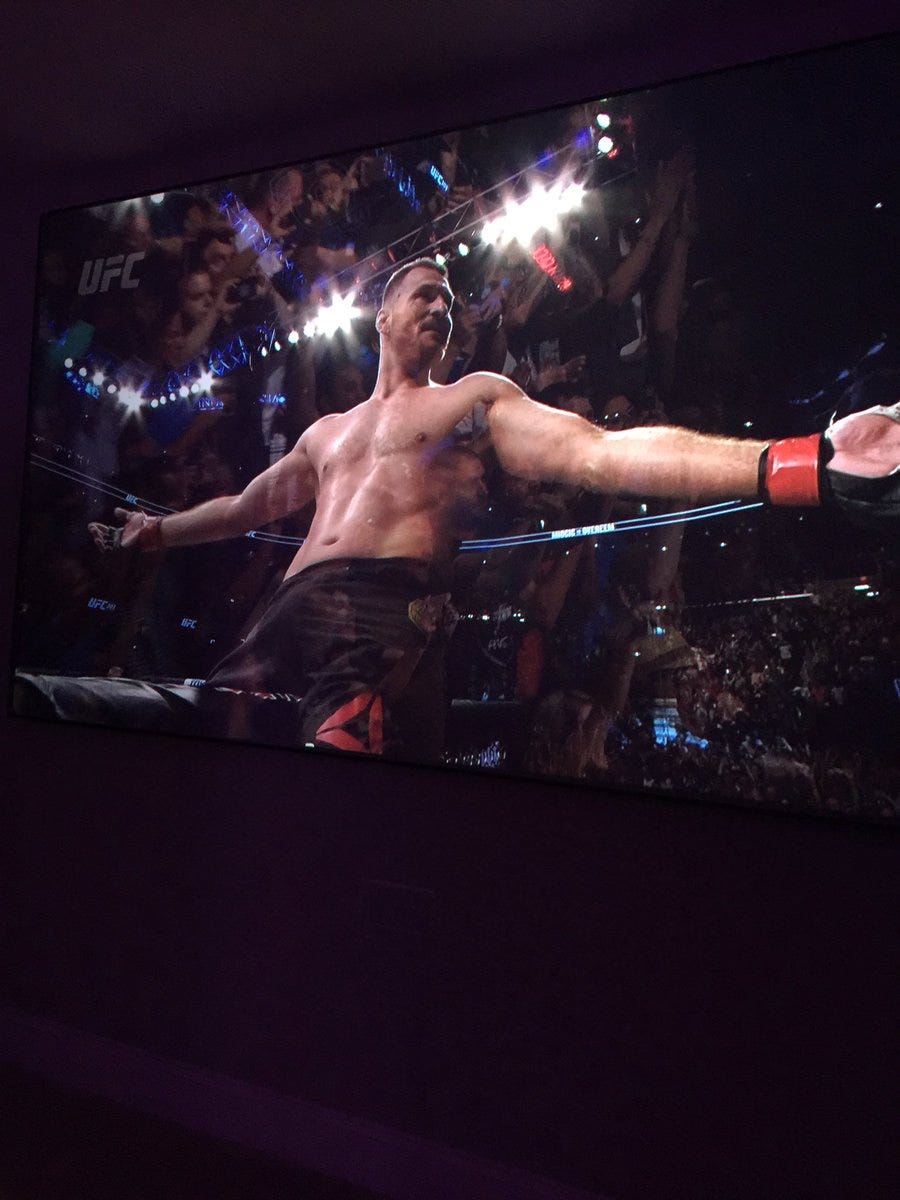 Stipe Miocic retains his heavyweight belt in front of his home crowd after knocking out Alistair Overeem with just 33 seconds left in the first round.

Wasn’t all easy for Stipe. He got rocked early but gathered himself quickly. Overeem was on the run during most of the fight. Seems like his tactic was just picking his shots carefully and backing away. Worked pretty well, too. Well, until he lost control of his body because he was knocked the fucked out.

Stipe’s power was too much in the end. Fun fight. Can’t complain when a dude gets smashed to the point where his head bounces off the mat a few times. That’s a win for the fans.

Not a bad year for Cleveland.