Twitter why do you do the things you do? I have never loved an app while hating the decisions it makes so much. It’s like a porn star you fell in love with over the internet years ago only to see her add a ton of awful tattoos and plastic surgeries during her career. The great memories you had together are still there, but your patience is starting to wear thin with all the shitty changes. Now granted I’m someone that hates almost all types of change and I understand that Twitter is trying to shake shit up so they stop hemorrhaging cash by the boatload. But nobody on the planet wants read receipts on anything. Tweets, texts, emails, and definitely not DMs. Well let me edit that. Only assholes want read receipts. The only thing worse than the government knowing what I am doing at all times is my friends and family knowing what I am doing at any time. The government is just a bunch of strangers. Family and friends I have to look in the eye. That’s why I hate Facetime so much. If you aren’t with me, you don’t need to know where I am, what I am wearing, or if I have read your message.

I am Twitter diehard because I can get all my information and follow people I find entertaining all in one spot. I am obsessed with the goddamn app. Look at my iPhone usage. That is not the usage of a man with a healthy mind. That’s a fucking Twitter junkie. When Home & Lock Screen is your second highest on the usage list, you know someone is hooked. And you know what I am doing on that home screen 99 out of 100 times? Unlocking my phone so I can go on Twitter like a goddamn asshole. So Twitter is really 61% of my phone usage (this also doesn’t count that I am on Twitter on my computer about 90% of the time). 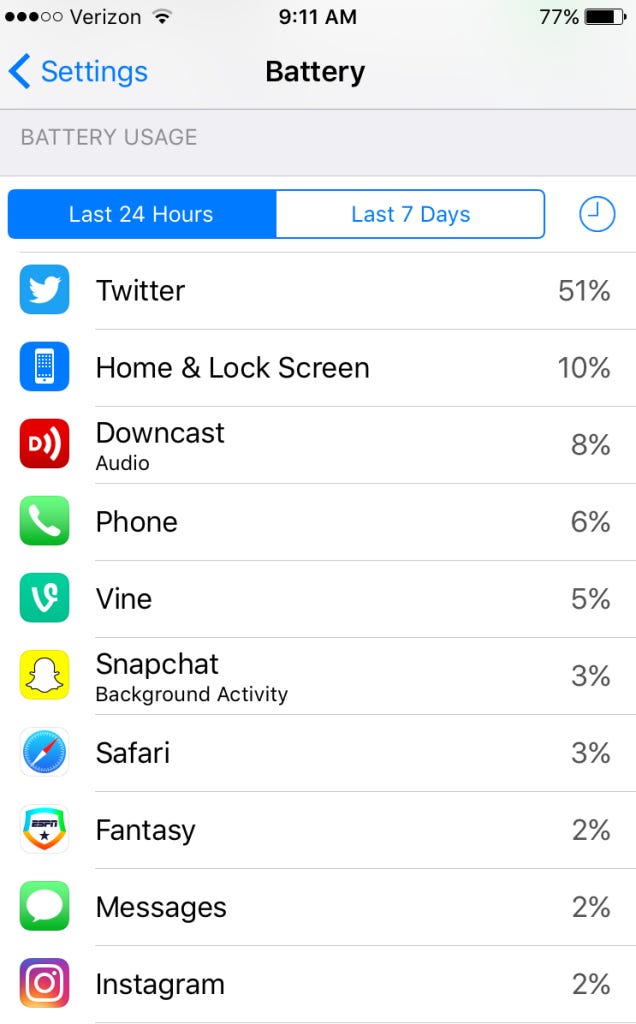 Even though I’m old and washed up, I also realize that there are a ton of people that are going onto Twitter to slide into DMs in an effort to get laid. Now when people have a DM from someone they don’t really know, they may not read it. They now will probably check out the two lines of preview text and either delete the unread message or read it once the little number badge on the DM envelope drives them insane. And forget about if someone sees you start typing and then stop typing without sending a response. That has likely already murdered millions of relationships and friendships around the world on text messages. This DM change has likely already caused hundreds of booty calls to die. Shit, future families were probably destroyed by this like in Back To The Future. This is the butterfly effect on a hundred thousand trillion.

So Twitter, I beg you. Stop getting gross proverbial thigh tattoos and botox in your body. Stick with what made you the best information app on the planet and throw those read receipts and typing indicators in the fucking trash along with that idea for a 10,000 character tweet limit. You fucking numbskulls.