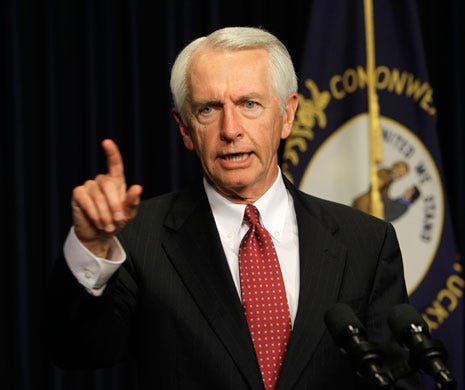 Every so often we see colleges and universities do something incredibly dumb. Typically this is at Missouri, but in this case it hits a little close to home for me. The University of Kentucky is currently in a legal battle against its student newspaper, the Kentucky Kernel over documents about a sexual misconduct case involving a UK professor.

This has been going on for about five months now as the Kernel – which is a well-respected student newspaper and up for the Pacemaker Award this year – asked for copies of records related to an investigation of possible sexual misconduct by a professor. Instantly after being denied by UK, the Kernel filed an appeal with the Attorney General’s office.

Here’s where I’m going to try and put cousin Riggs’ hat on, because a couple weeks ago the Governor of Kentucky decided to step in and rule against the university. Right after Steve Beshear ruled against UK, the school filed a lawsuit against the Kernel because they can’t officially name Beshear as a party in the lawsuit.

The biggest question is why is Kentucky withholding these documents? James Harwood, the professor who is accused of sexual harassment has already resigned as part of a settlement. On top of that, the Kernel was able to still get these documents thanks to another source, who gave them to the student newspaper. In the documents it says Harwood is accused of both sexual harassment and sexual assault and the victims want the documents to go public, with names and identities being withheld.

So stop being completely dumb, Kentucky. You don’t need to protect this guy anymore and the victims – who are the most important people in this saga – want this to go public. You don’t have to protect names – they will all be hidden. Let the people who have suffered the most have what they want. Hell, the lawsuit isn’t even for monetary reasons, so what’s the reasoning behind protecting this former professor?

Leave this dumb shit to Missouri or Penn State and get back to being a regular university.