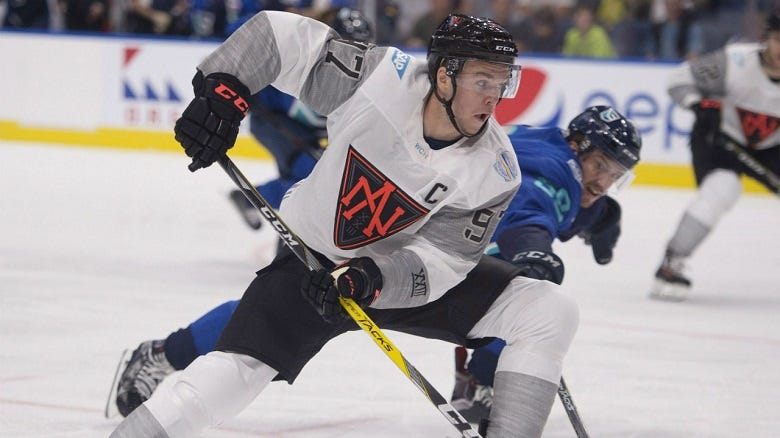 What are some of the biggest knocks on Millennials? They’re too young. They’re too entitled. They’re too lazy. Nobody is waging the war against work ethic as much as Millennials are. It’s as if they don’t want to work 60-hour weeks for free without realizing that the experience they get is actually worth a million dollars per minute. But after watching Team North America last night in their pre-tournament game against Team Europe, I think it’s safe to say Millennials finally did something good for a change. Because let me tell you something–this team is going to be fun as heck to watch for the next 3 weeks. You could have watched this team play for 3 periods last night or you could have only watched 3 minutes. Regardless, this was probably your experience as a spectator:

We’ve already known since the rosters came out that Team North America was going to be like hockey on molly. But to finally see them play together in a live game? And to see Nathan MacKinnon do things like this

Well that, my friends, is how babies are made. Just look at the lineup from last night. 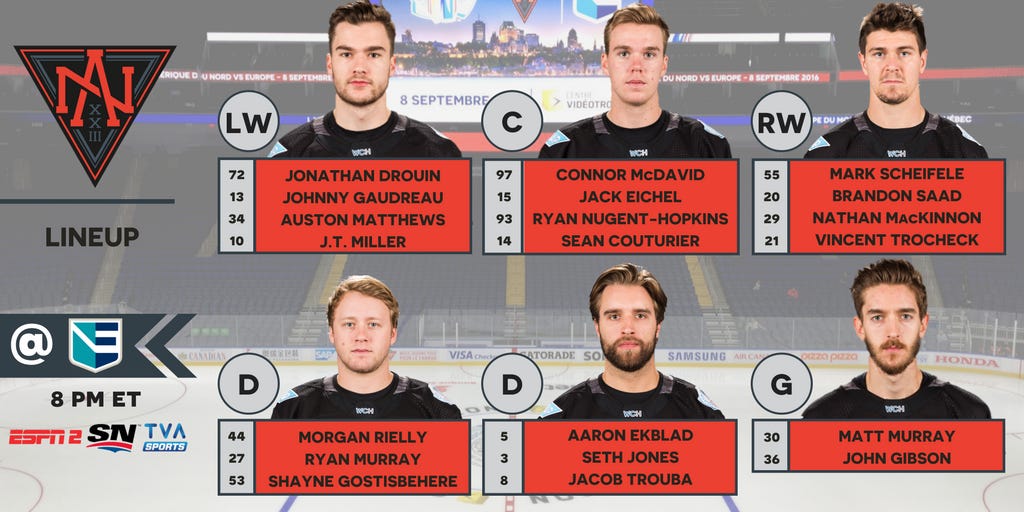 You know the NHL is loaded with plenty of young talent when Dylan Larkin–one of the most exciting rookies from last season–is a healthy scratch. That 3rd line you see there? Yeah, that’s 3 first overall picks. Five first overall picks in total on this team. They are fast as fuck and it’s almost scary how much Connor McDavid looks like he’s on a completely different level than anybody else out there. 19-years-old and he might be a top 5 talent by the end of this season. Auston Matthews looked like he’s more than ready to light shit up this year as well. So now here’s the question; is it okay to abandon Team USA to root for the North American Millennials? I know that sounds a little unpatriotic. I know that goes against everything that we, as Americans, stand for. But I think I have a simple answer here.

RNH plays shinny out there, Chara with the filthy assist.

Not World Cup action but George Parros and Violent Gentlemen were well represented at NFL Opening Night in Denver. 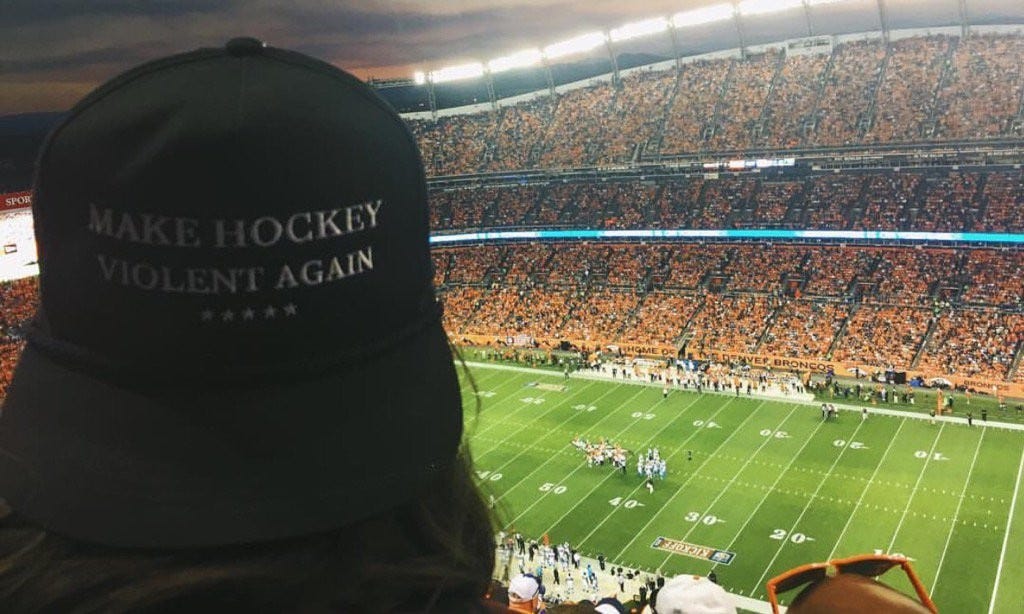 Feel like we may need to steal this hat and start selling our own. #EnforcerLivesMatter

Last note on last night. It looks like Shayne Gostisbehere and South Jersey Native Johnny Gaudreau had a good time playing together. I don’t want to speculate or anything but Gaudreau still hasn’t signed a contract for this season with the Flames. Does this mean he’s coming to the Flyers? Maybe. And if he does, you heard it here first.