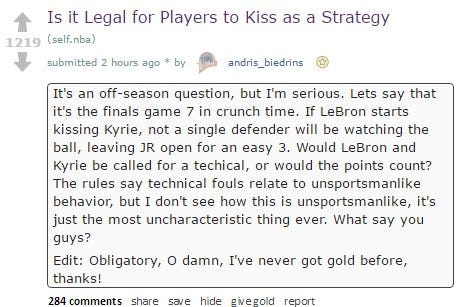 My answer to this question is hell yes they should be allowed to kiss. One of the first things you learn when you start playing a sport is the deception play. The hidden ball trick in baseball. The football under the shirt. And the fat kid starts dancing behind the three point line to distract the other team. Well at least that’s the way Papa Clem coached (I was said fat kid, nbd). So smooching a teammate should be fair game.

Now I’m not saying LeBron should start rubbing dicks with Kyrie in order to get a Larry O’Brien trophy. And wouldn’t J.R. Smith be the guy that would be more likely to whip his dick out in this scenario? Forget it, that’s neither here nor there. If there isn’t a rule explicitly stopping it, it should be allowed. Hack-A-Player legitimately ruins games, but there wasn’t anything stopping it in the past. And if we can get a rhyme like Hack-A-Shaq, it makes it that much easier. Plus can you imagine what the Twitter reaction would have been like in Game 7 if this happened? An all-time moment. So the answer is yes, NBA players should be allowed to kiss during the game every single time. God we need the season to get here soon.

Oh yeah, and Tim Duncan > Kobe is the other correct answer every single time and twice on #KobeDay.

BONUS: Here is a picture of Isiah and Magic Johnson kissing, which was years before Isiah sandbagged Magic by saying Magic might be gay or bisexual after it was announced he had AIDS. Just a subtle reminder that Isiah Thomas is a fucking snake. 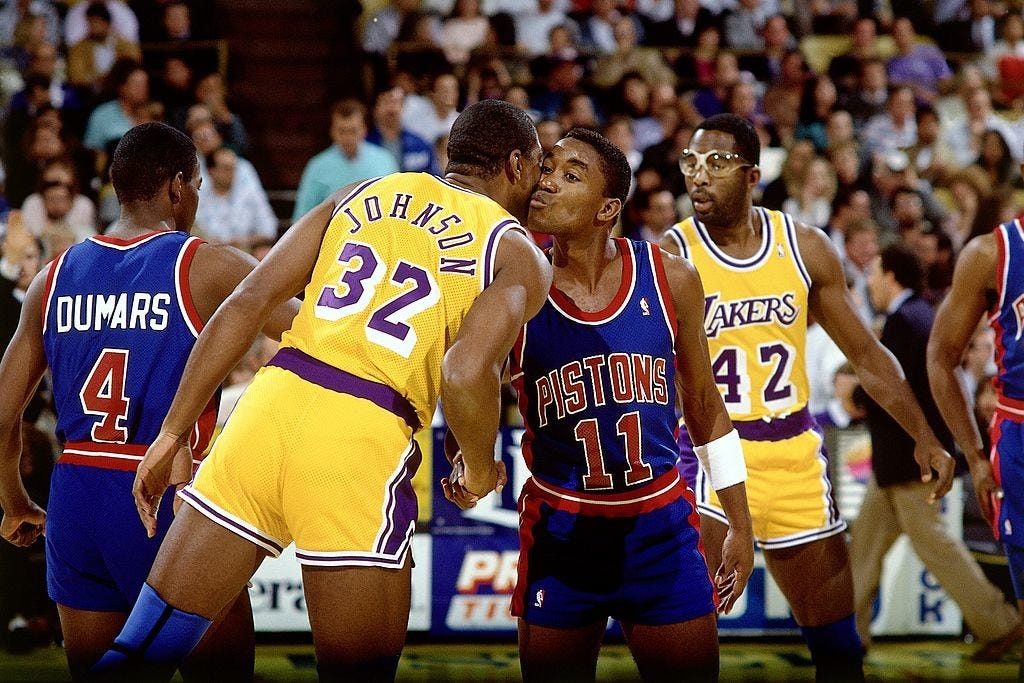