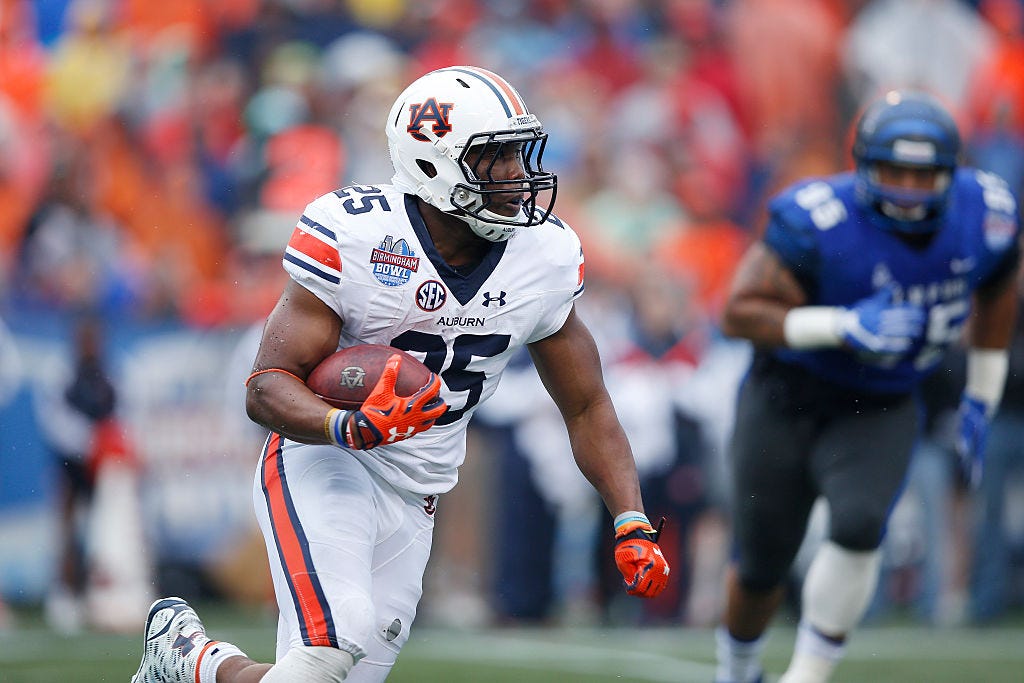 B/R – Former Auburn Tiger Peyton Barber may not have had the hype other running backs—such as Ezekiel Elliott—had around him going into the 2016 NFL draft, but his backstory certainly had plenty of people rooting for him.

The 22-year-old decided to forgo his final two seasons of college ball to enter the draft. Even though he was coming off a 1,000-yard season, it was a fairly surprising move, given he only had one year of true experience at the collegiate level. But as we would find out, there was a good reason for the decision.

Back in February, Barber revealed he decided to enter the draft because he wanted to be able to take care of his homeless mother. A promising redshirt sophomore season at Auburn at least put the running back on the map, but he was hardly a lock to make an NFL roster.

In fact, Barber went undrafted that night, but the Tampa Buccaneers signed the free agent, giving him a chance to prove himself. However, he was waived last week as Tampa Bay trimmed its roster down to 53 players. The good news for the 5’11”, 225-pound running back was that he cleared waivers and earned a spot on the Buccaneers’ practice squad.

Then, some great news broke Thursday.

Damn, what a good story. You know what, I might try to make this a weekly thing maybe. Find a story that makes people smile instead of hating something. It’s a novel concept and not really on-brand for me but who knows, maybe it will be cool. To see a guy who left college early despite just starting a promising career that may have led to big time NFL money, because he needed to get paid as quickly as possible to care for his homeless mother, finally making it onto an NFL active roster.