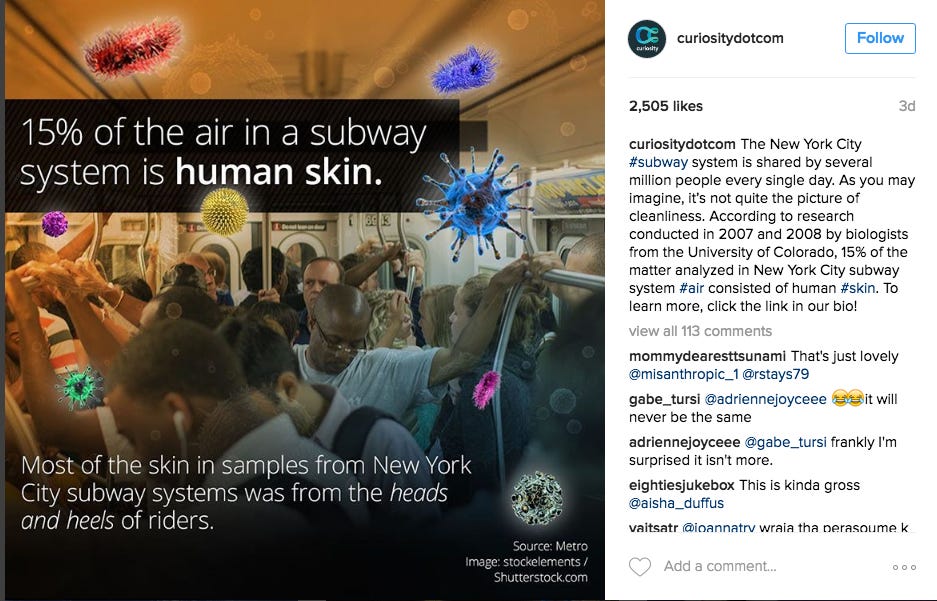 I told all you people that love eating and drinking in the subway just how gross it was. Numbers never lie. Hell I bet that number is probably close to 20% now. Almost 10 years with nothing but rising population numbers has to mean something right? Whether you are chowing down on sushi, slugging your iced coffee out of a mason jar, or just sleeping with your mouth open, you are also eating a little bit of the person next to you as well. And the homeless dude that looks dead in the corner. And John Turturro’s flaky ass feet.

And lets not even get into what the other 85% of the air is. But we can all agree that rat hair is at least 10%. As if commuting from the burbs wasn’t bad enough, I also have to mix in a quick ride every morning in this human petri dish. Fuck everything.

However to be fair, this is actually pretty damn accurate.