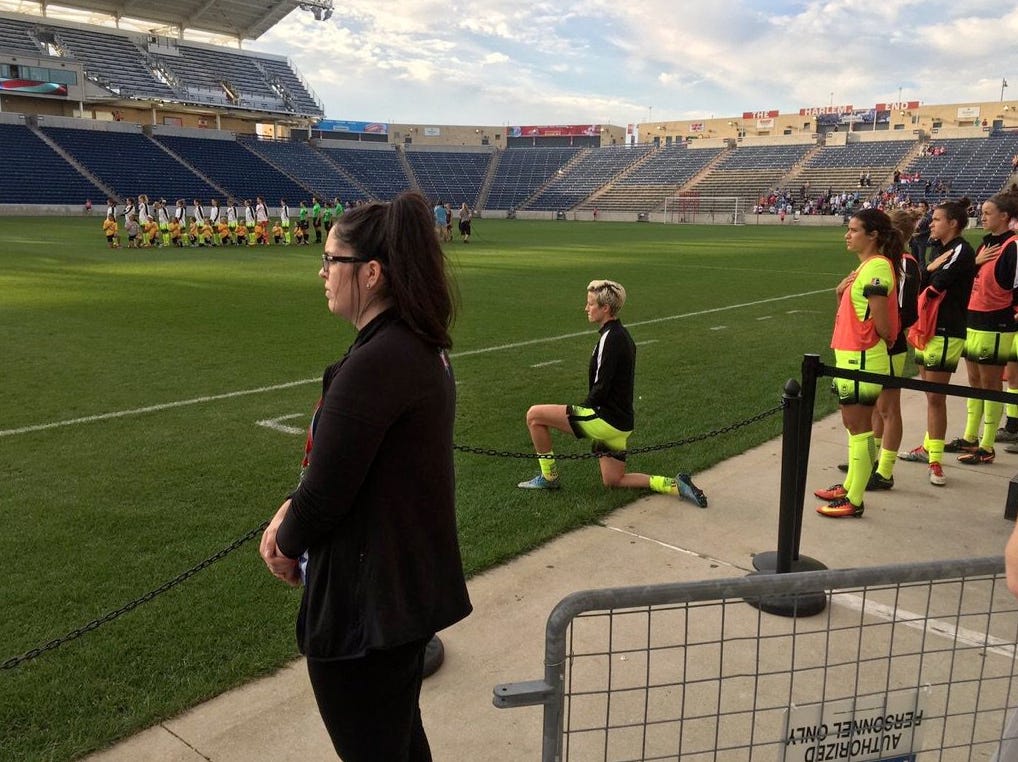 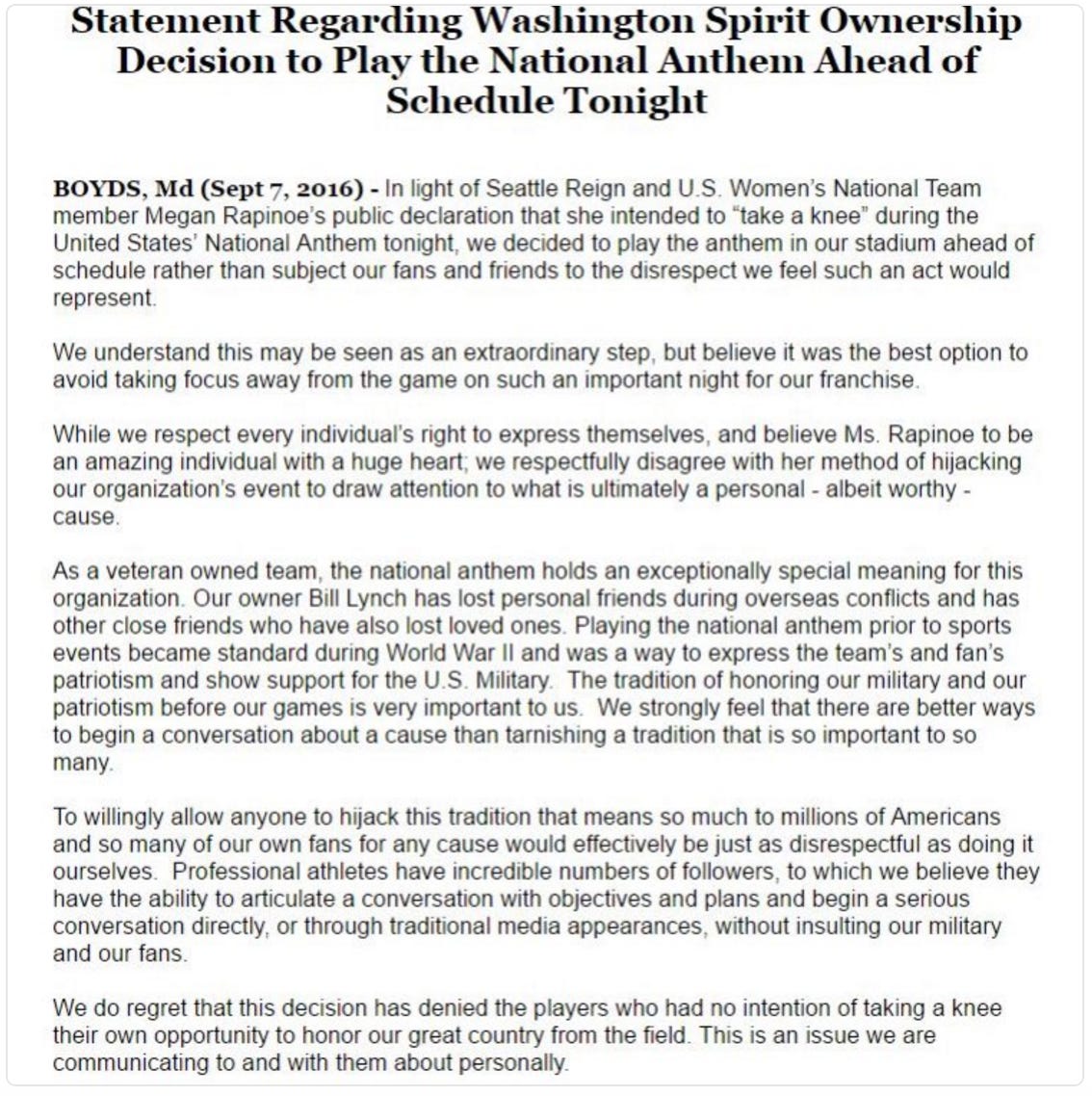 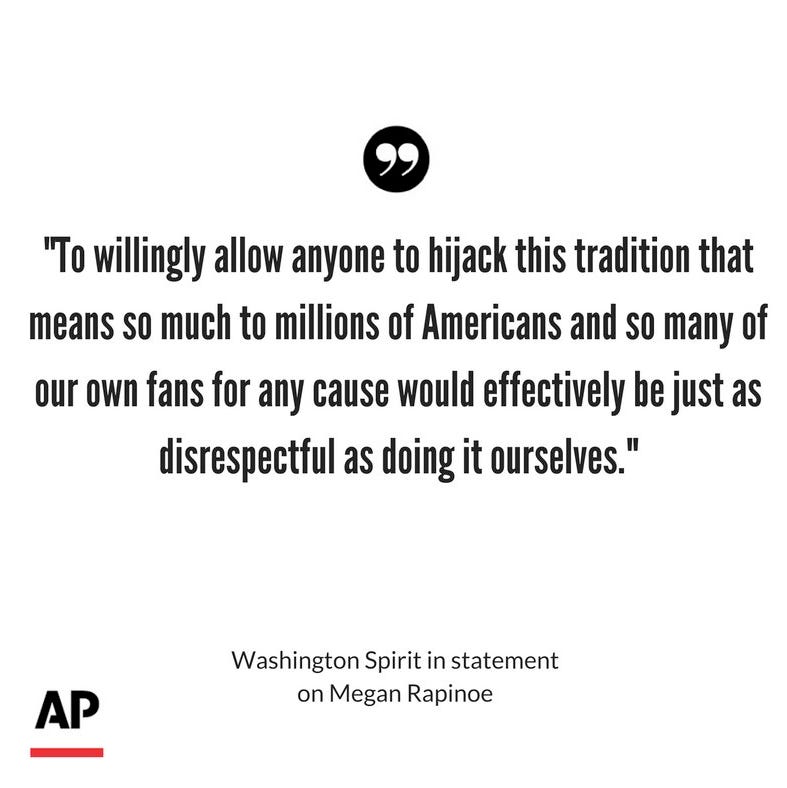 The team’s management played the national anthem before players took to the field to prevent Rapinoe from kneeling during the anthem Wednesday night in a gesture of support for Kaepernick, who has refused to stand ahead of at least two preseason games this year in protest of what he perceived to be institutional racism.

“We decided to play the anthem in our stadium ahead of schedule rather than subject our fans and friends to the disrespect we feel such an act would represent,” Spirit said in a statement.

This will probably be the only sports blog on the internet that says this but I love this move by the Spirit. Diabolical anti-protesting move. This ain’t Seattle anymore!

Listen I’ll defend to the death your right to protest whatever you want and use your freedom of speech to speak out against anything you want. I’ll also defend someone’s right to troll the shit out of you when they feel like your protest is dumb and disrespectful. When you roll into our nation’s capital and they don’t want you dumping on the American flag then sorry, they’re gonna do what they gotta do.

Also this 9/11 comparison is so dumb.

I mean, not for nothing, but if you want to take a glass half-full approach to this – how many people give a shit if you take a knee for the third time at a Washington Spirit vs. Seattle Reign soccer game on a Wednesday night? Now it’s firmly in the spotlight and getting all the eyeballs on it because of the move by the Spirit – perfect opportunity to advance the discussion and debate instead of making vague 9/11 straw man comments.