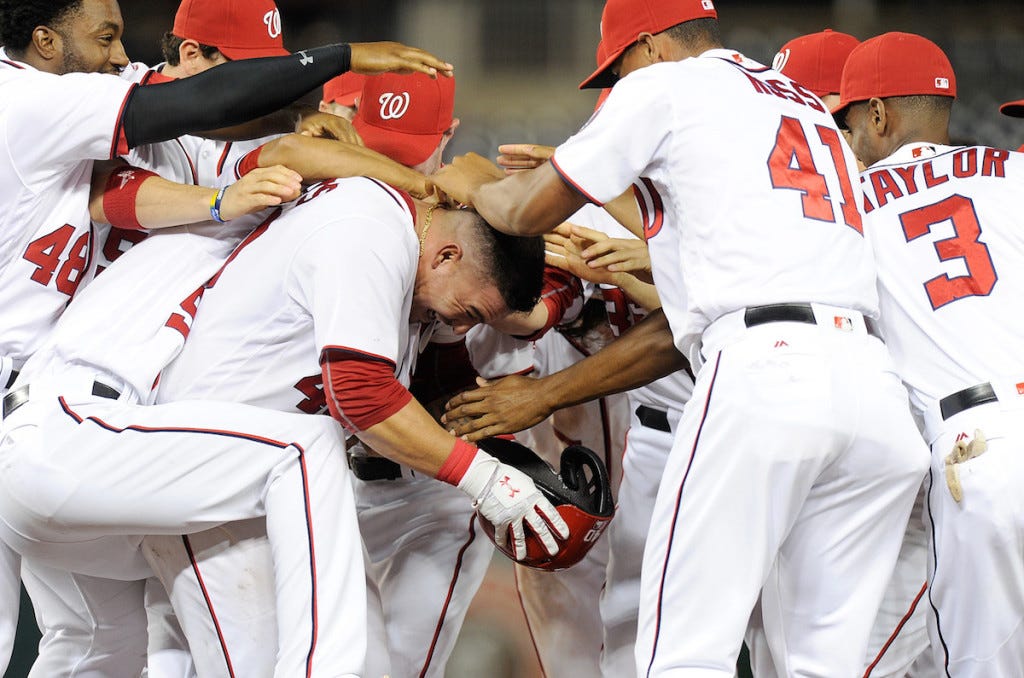 Not that the Atlanta Braves are some sort of measuring stick, but you’re looking at the only team in the National League who can stop the Chicago Cubs. The Washington Nationals have essentially lived in Chicago’s shadow all season long, which is fair and unfair at the same time. The Cubs deserve all the hype they’ve gotten since before they even played a regular season game. They are that good. It’s not often that a team is so good on paper, and then that translates to the actual games. The Cubs have done both. But the Nationals can play a little bit, too.

Despite how close the two teams are in the rankings, I wouldn’t go as far as to say that the two teams are evenly matched — they’re not — but if there’s one team that’s going to stand in the way of the Cubs making it to their first World Series since 1945, it’s the Washington Nationals, and I feel like too many fans inside and outside of Chicago are already punching the Cubs’ ticket to the World Series.