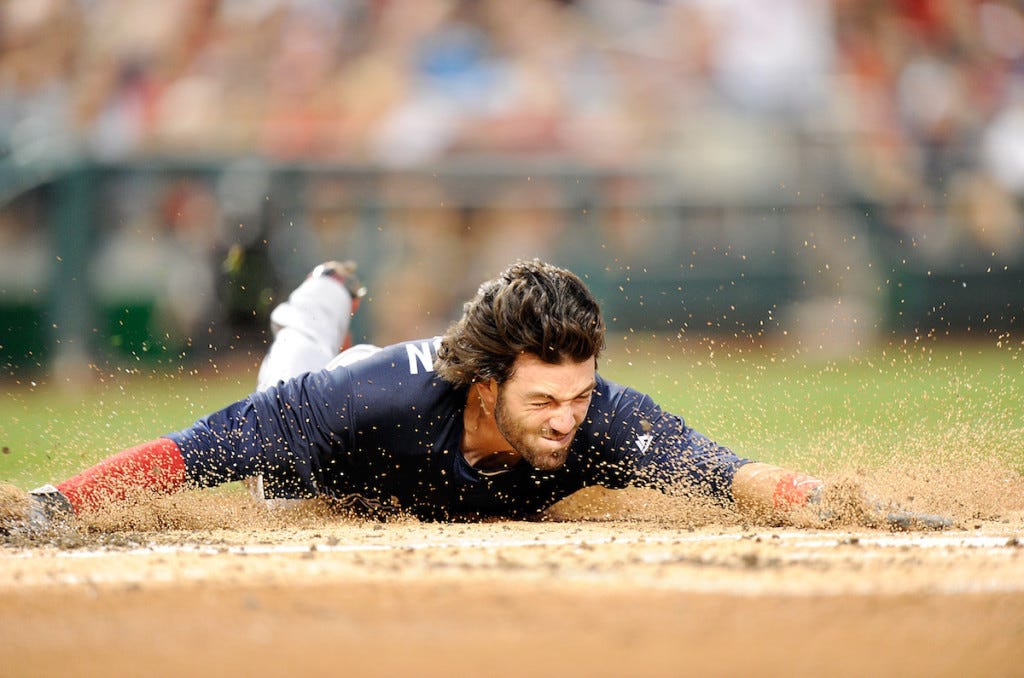 22-year-old Dansby Swanson has his first major league home run, and it was an inside the park home run. Nine times out of ten, when there’s an inside the park home run, there’s usually some sort of fuckery involved. Not necessarily on this one. That’s just flat out laziness. I mean, Nationals centerfielder Trea Turner busted it to the wall to try and make a play on it in the air, but once the ball hit the wall, he was kinda just like, “Fuck it. That’s somebody else’s problem now,” not realizing that nobody was there to help him. So then he casually jogs after this ball, before Bryce Harper hustles over there from right field, and basically ends up in left-center, before making a weird ass throw. Look at the throw again: 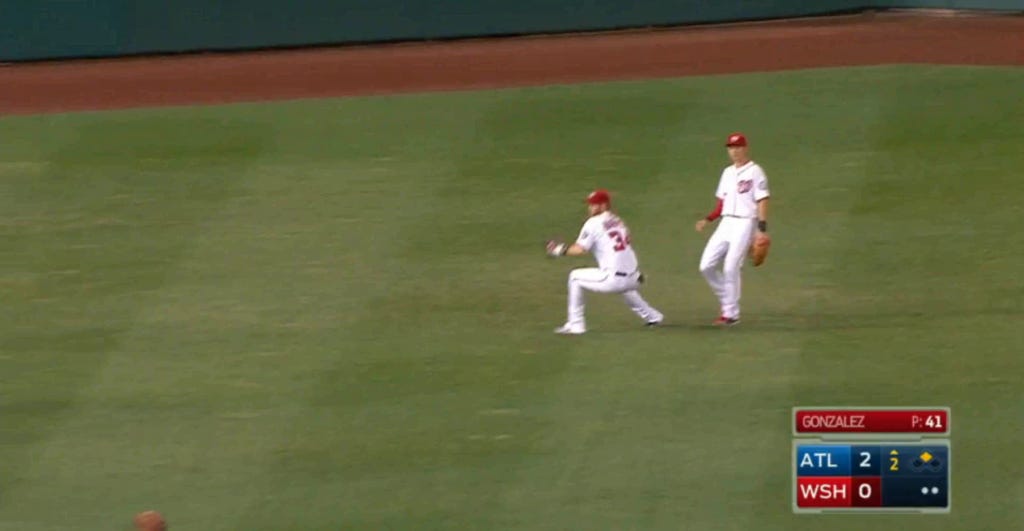 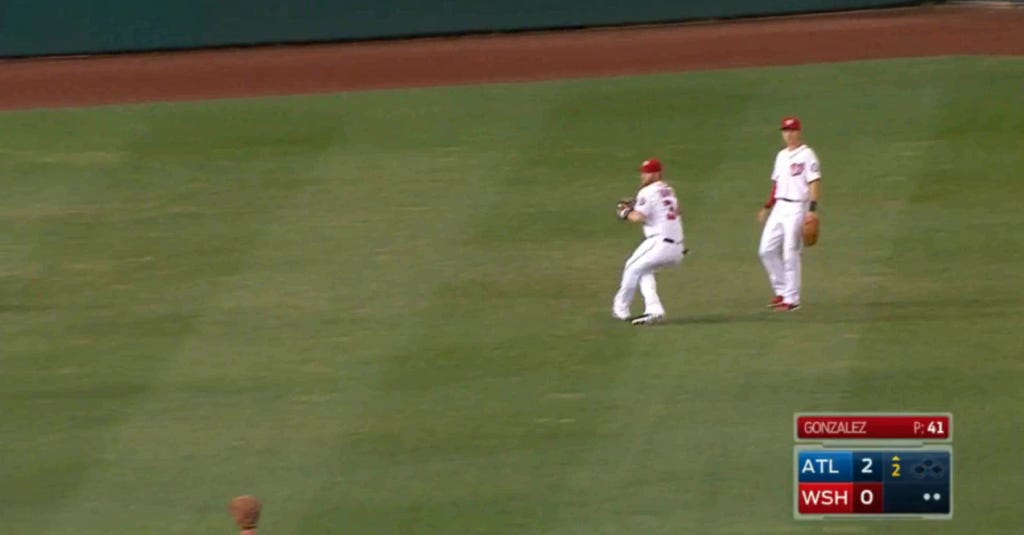 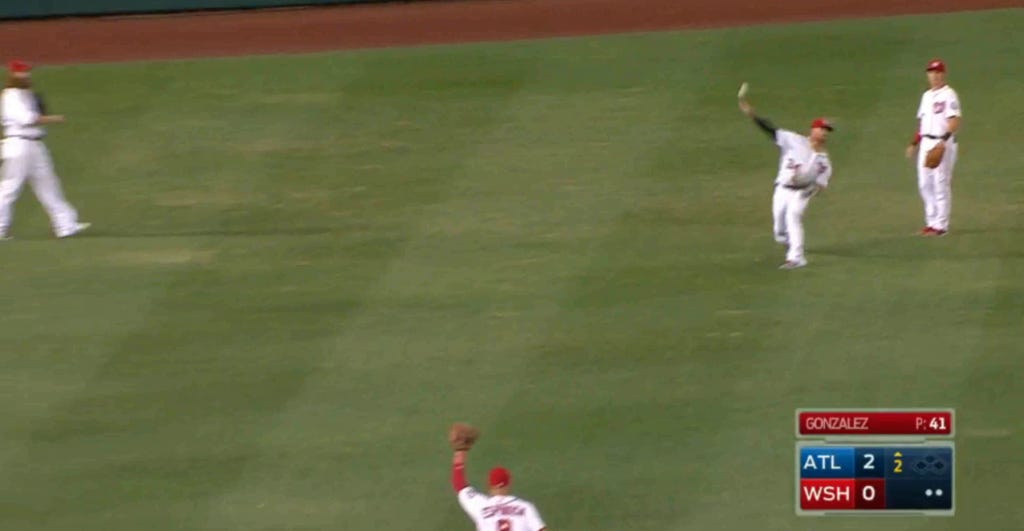 Harper’s squared up to throw that ball to third base, and then he looks up and sees Swanson’s ass flying around third and headed home, so he has to change his entire positioning in order to change the direction of his throw at the last second from third to home. He obviously didn’t get enough on the throw, due to the element of surprise brought on by Swanson’s speed, which had a max speed of 20.6 MPH, according to MLB Statcast. At 14.97 seconds, that was the fastest inside the park home run by a major leaguer this year, beating out Eduardo Nunez of the San Francisco Giants (15.23 seconds).