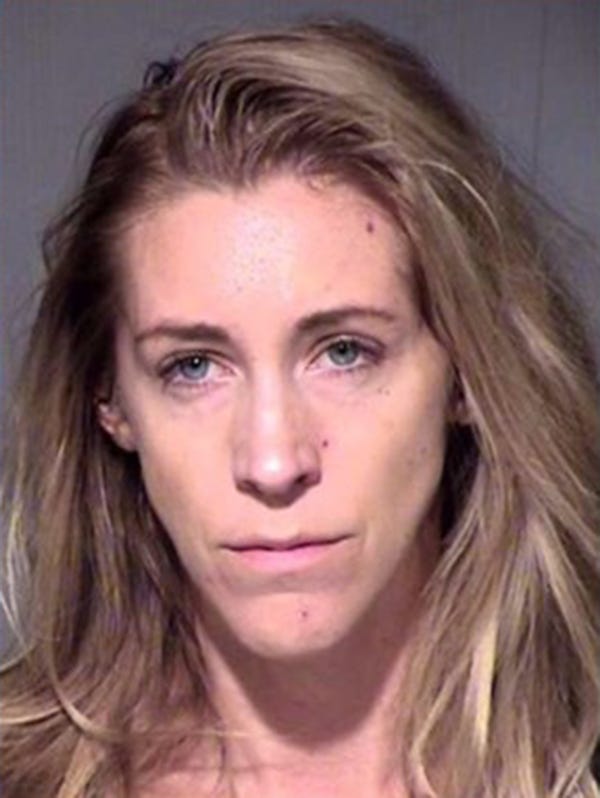 Metro – A yoga teacher accused of flashing and performing a sex act on underage boys at a bar mitzvah has claimed she was slipped a date rape drug. It has been alleged that Lindsey Radomski let seven teenage boys fondle and lick her new breast implants when she was drunk at the party in March 2015.  She is then accused of giving oral sex to a 15-year-old boy. Radomski, however, has now told a court in Scottsdale, Arizona, that her drink was spiked with date rape drug GHB by one specific 18-year-old at the bar mitzvah. Her lawyer Jocquese Blackwell went on to tell the judge that Radomski had been ‘raped’ by the boys, KPNX reports.  Prosecutors however presented the results of independent blood tests that were taken after the incident, which showed levels of GHB no higher than would naturally occur in the human body. Radomski was charged with 21 felony counts, including sexual conduct with a minor, sexual abuse and indecent exposure. The trial continues.

When it comes to Bar Mitzvah’s, damn I wish I was a Jew.

There is no bigger disparity in any religious ceremonies than with Confirmation parties vs Bar Mitzvah parties. The Jews throw a fucking party like its a rap album release. No joke you got like 13, 14 year old Jews walking away from Bar Mitzvah’s with like 5,000 dollars. You know absurd that is at that age? 5 grand when youre in 7th grand might as well be a billion dollars. Meanwhile I got like a government savings bond and a commemorative coin. No joke for one of the sacraments I got a silver dollar in a fancy case inside of a velvet box. And what are the Jews doing? Licking on some fake titties and getting sloppy top from a yogi.