Another one bites the dust. Another clueless schmuck who doesnt have the slightest clue he’s trying to date what appears to be a blatant lesbian. Or, another crafty son of a bitch who’s riding that Taylor Swift gravy train and looking to be the main focus of another break up song and get a little more famous. If its the latter, bravo. You’re good money. But if youre a dude right now and you get into a relationship with Taylor Swift, you are the most oblivious person in the dating game. If you even have 1 ounce of gaydar in you, you have gotta be thinking that Taylor Swift likes chicks. The fact that she’s still in the closet is borderline insulting to me. Its 2016. Being straight is lame as fuck. Taylor would probably be a billion times more popular, if you can imagine that, if she just finally said “Fuck it, I’m into chicks.”

I mean look at this rap sheet: 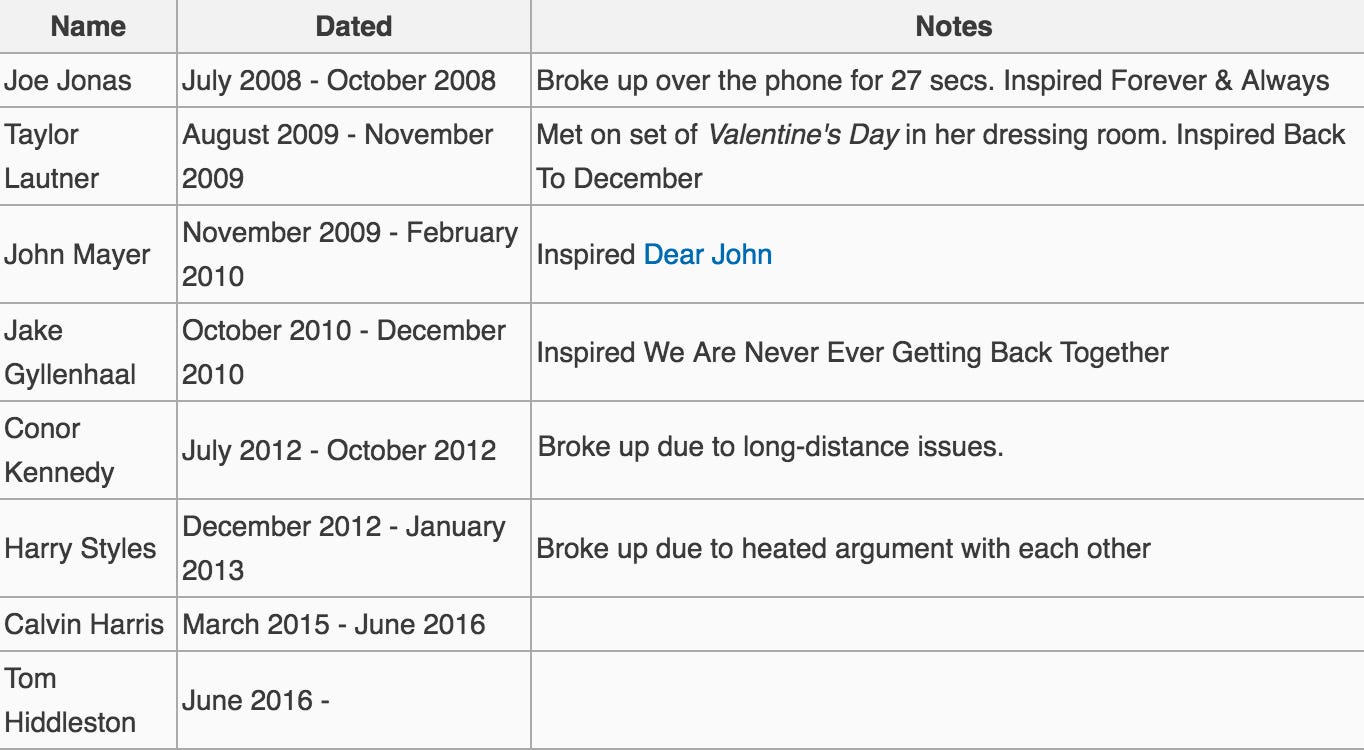 There are people that dont have that many relationships their entire lives. There are chicks out there like Jennifer Aniston who got dumped and just went asexual for like a decade. And Taylor Swift is out here bouncing into new relationships every three months? Just banging a new dude every single team the season changes?

And then there’s the Taylor Swift Girl Squad. 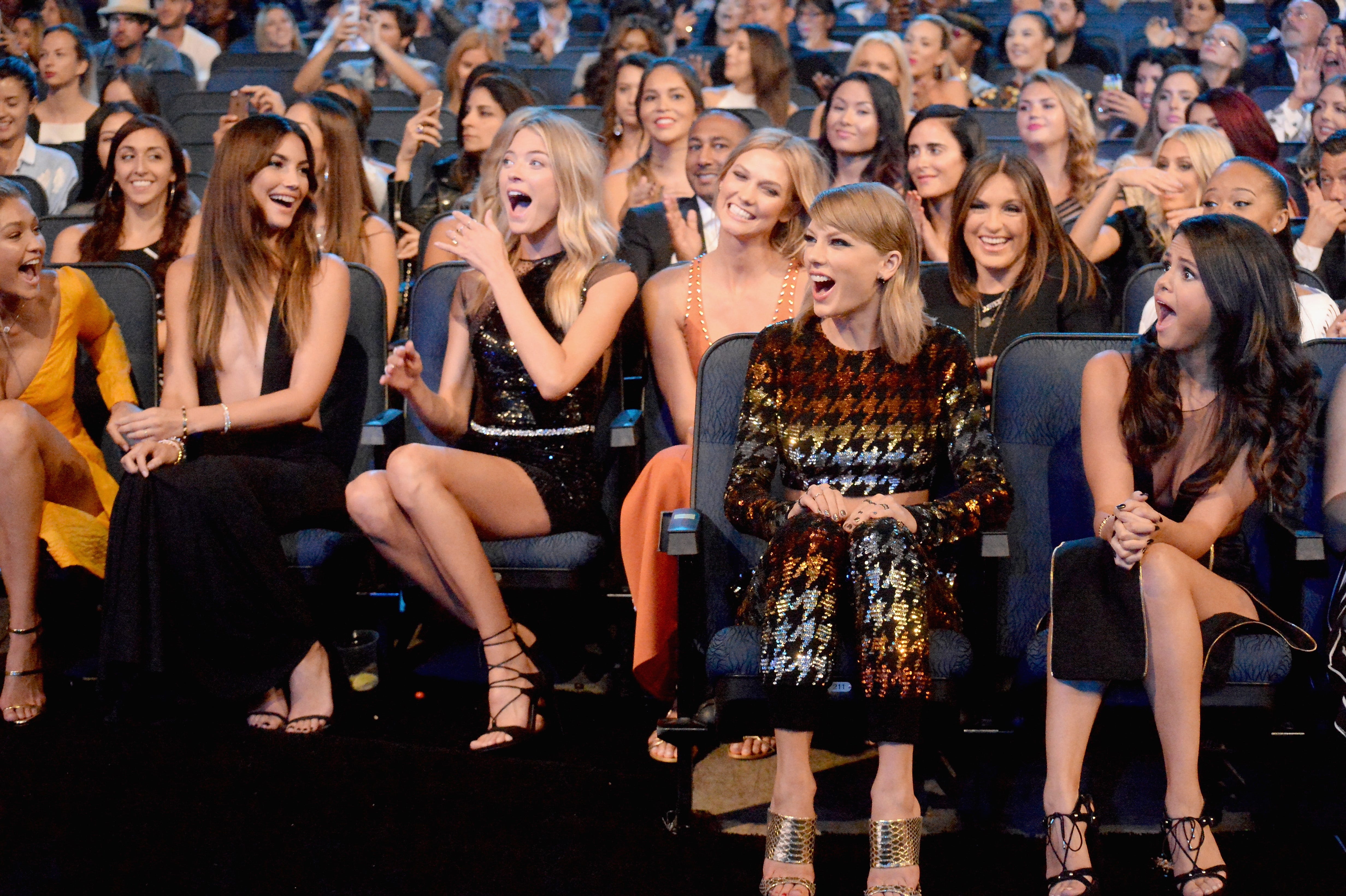 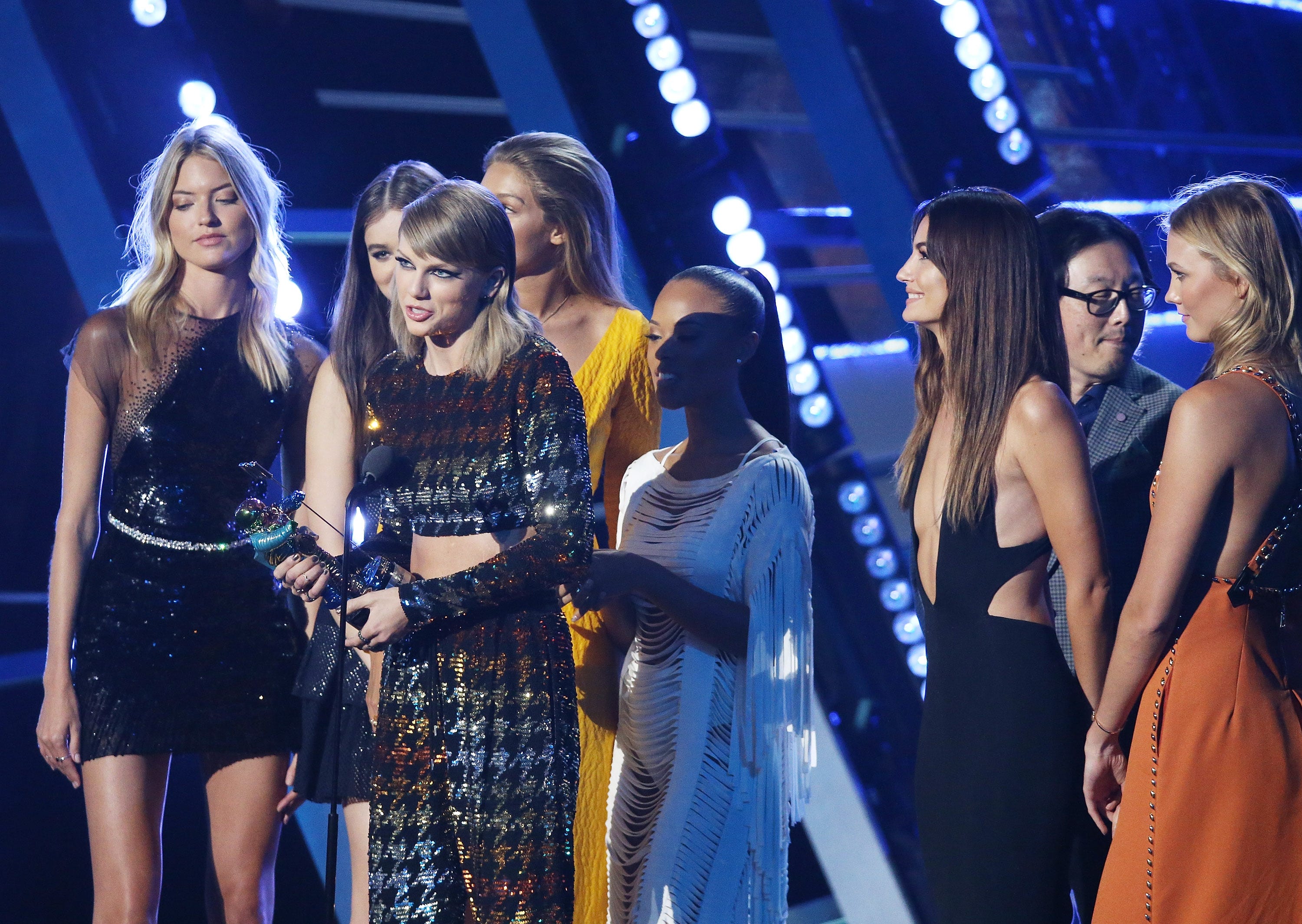 Oh let me just surround myself with a fucking revolving door of the hottest smokeshows on earth! Real normal girl behavior! Every girl I know just loves other girls. Every chick out there gets along perfectly with massive groups of pretty girls. Totally normal. Definitely not just keeping the hottest girls ever that you want to hook up with within reach of your big ostrich wings.

Oh what else…let me see… the time she was making out with Victoria’s Secret supermodel Karlie Kloss??

I mean cmon people. Stay woke. Open that third eye. Taylor its 2016. Nobody cares anymore. Just give up on dudes altogether and save everyone the headache.