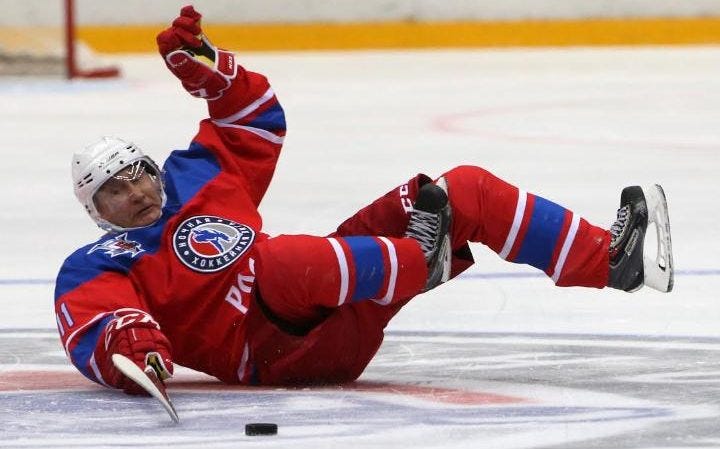 “Wow. Thanks for the application, guys. We’ll totally look this over and review it extensively. We’ll be in touch….. NOT!” – The NHL, who knows that “not” jokes are still awesome when deployed flawlessly like that.

There has never been a worse idea in the history of ideas than to put an NHL tournament in mother fucking Russia. What’s the catch here, Putin? You want to pump the water system full of meldonium so the NHL has to suspend all of their players? You trying to take a page out of the Rio playbook and extort all the athletes before allowing them to leave your godforsaken piece of shit country? I need to know what the bigger plan here is because I know for a fact it sure as shit isn’t just to host some tournament that people may or may not even care about. Hell, I wouldn’t put it past that maniac Putin to want the tournament for the sole purpose of sabotaging the whole thing. Like I said, this is an NHL tournament. It’s not the International Ice Hockey Federation. It’s not the Olympics. It’s an event hosted by the NHL. Who benefits the most from the NHL’s failure? Those filthy godless bastards in the KHL. So yeah, Russia hosting the World Cup of Hockey would essentially be the same thing as the Bloods inviting the Crips over for a dinner party. No thanks. 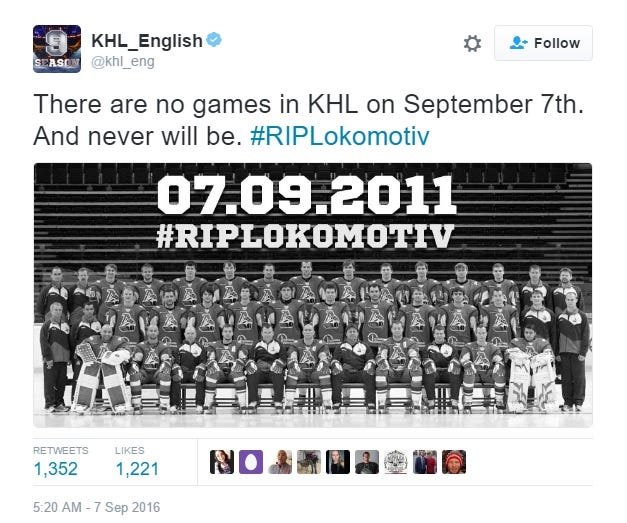 Today is the 5 year anniversary of the Lokomotiv Yaroslavl tragedy. In case some of you are unaware, the entire team was killed in a plane crash 5 years ago when the plane went down just a few miles after taking off for an away game. The entire team, coaching staff, training staff, 4 junior players, pilots and flight crew died. Pretty horrifying stuff and you look back on it now and it’s hard to believe something like that even happened. Obviously this is a bummer of a subject but I had to at least mention it. There will be no games played in the KHL on September 7th and there’s at least one person who is very happy about that.

And that is Vadim Krasnoslobodtsev (have fun trying to pronounce that one), who was destroyed by one of the cleanest hip checks you’ll see all season. Very few things are as aesthetically pleasing as a perfectly executed hip check. All about going ass to dick. Krasno will happily take this day off to recover.

And speaking of Red Star Kunlun, they won their home opener. They also unveiled the team’s new mascot and it’s.. well… well it’s something. 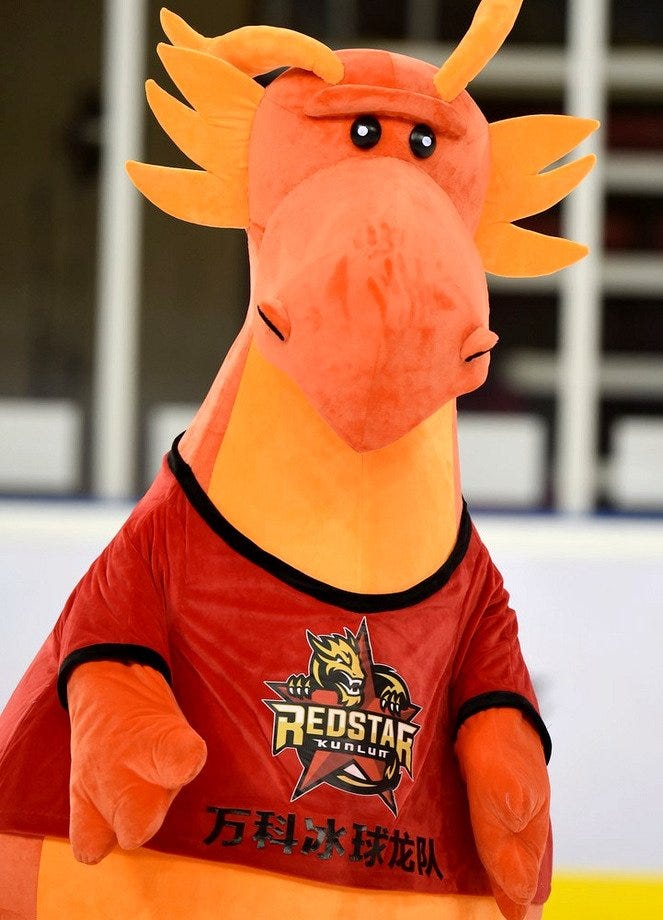 That face when you go to get Chic-Fil-A and then remember that it’s Sunday.