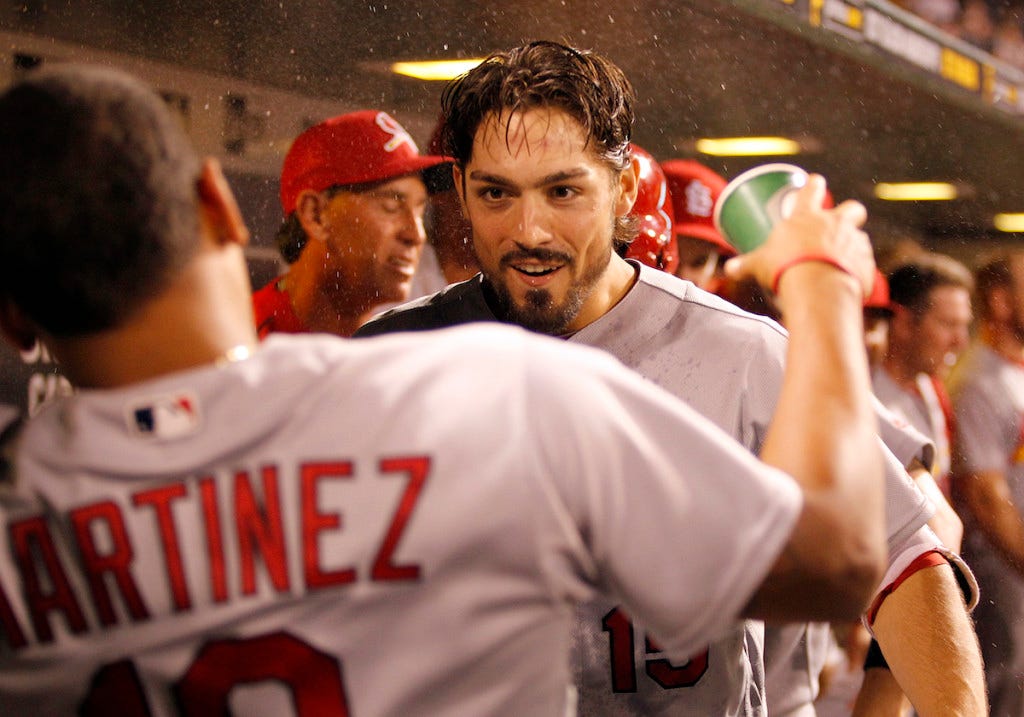 Don’t sleep on the St. Louis Cardinals. One look at the standings, and you’d probably notice that they’re 15.5 games back of first place.

Most teams that are that far back of first place wouldn’t be considered as being much of a threat in the postseason, but the Cardinals are most certainly an exception to that rule. After Tuesday night’s ninth inning comeback, St. Louis is fifth in the majors in run scored (679), and third in OPS (.778). Only the Red Sox and Rockies have a higher OPS than the Cardinals. They can hit the ball, no doubt, but their biggest weakness could very well end up being their fatal flaw in the postseason. Since the start of the second half, Cardinals starting pitchers are 24th in the MLB in ERA (4.84), and their bullpen hasn’t been much better with the 20th best WHIP in the second half (1.33).

Regardless of their mediocre to poor pitching performance in the second half, they still would be in the postseason if the regular season ended today. They’re a half-game behind the San Francisco Giants, who I wrote about yesterday as being the biggest disaster in the sport since the All Star break, and they’re a game up on the Mets, who are only one game over .500 since the All Star break at 26-25. However, since August 20, the Mets have the best record in baseball (13-4), and they’re hitting their stride at the perfect time. These aren’t the “can’t hit for shit” Mets anymore. Yoenis Cespedes, Asdrubal Cabrera, and even Jose Reyes have been solid in that Mets lineup in 2016.

I said it yesterday, and I’ll say it again today. Yes, the San Francisco Giants currently hold a playoff spot, but the Cardinals and Mets are too good for one of them to miss the playoffs, and the Giants are playing too shitty to survive the month of September and get in over one of those two teams.