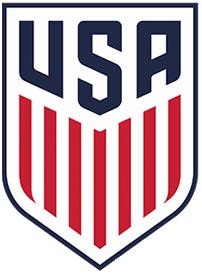 If you read one soccer blog all day, I’d suggest it be the Champions League preview (with predictions!) that I posted this morning.

If you read two soccer blogs all day, I’d suggest it be that one and the EPL transfer activity rundown (with grades) that I posted late last week.

If, however, you decide to read a third soccer blog then go ahead and proceed to the section below wherein I provide a very, very brief introduction of what to expect in today’s World Cup qualifier…

Some of you might recall the new rule I issued last week – if the name of the “country” has an ampersand in it, you don’t fucking lose (ever [again]) – and so far so good for Jurgen & Co., which took St Vincent & the Grenadines behind the woodshed and spanking them to the tune of 6-0.

There were a few highlights worth mentioning, including…

– Wait, what’s this? Klinsmann put out a lineup that I didn’t absolutely hate?? Hot damn! Among the moves I liked were (finally) pushing Fabian Johnson up into midfield and slotting Kellyn Acosta in at left back. Nobody should have been thrilled to see workhorses like Graham Zusi and Kyle Beckerman manning the midfield, but given the suspensions and injuries to guys like Jermaine Jones and Michael Bradley (and the substandard competition we were up against), it could’ve been worse.

– Bobby Wood and Jozy Altidore up top looked relatively okay. Hard to judge them in a game against a good DIII-level opponent.

– Super subs Sacha Kljestan and (HYPE TRAAAAAAAAAIN) Christian Pulisic provided instant offense off the bench, both of whom made solid cases for more playing time.

– Obscured by the final scoreline were the 3-4 defensive breakdowns the US team had, which better teams will capitalize on.

WHERE DOES THAT LEAVE US?

Trinidad & Tobago has officially qualified for the hexagonal (whereby the top three of six qualify for the World Cup and fourth place gets a playoff against team from Oceania), and the US has all but qualified as well. There is, however, an itsy bitsy teensy weensy chance that Guatemala could catch us if we 1) lose to T&T and 2) Guatemala slaughter St Vincent such that they make up the 12 goal disadvantage.

Thus, the bigger issue is simply beating a team in T&T that we should have no trouble beating. I saw an article on FOX in which someone said losing (or drawing) and getting second place in the group would result in a slightly more beneficial schedule in the hex. That article is a great example of doing too much and trying too hard. We are on a different level talent-wise and nothing but a win will do. Period. 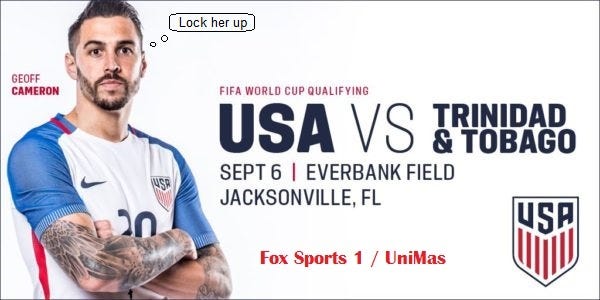 WHO IS OUR XI?

Klinsmann just announced the lineup and, though it involves a lot of changes, I again don’t hate it. (Two in a row!) 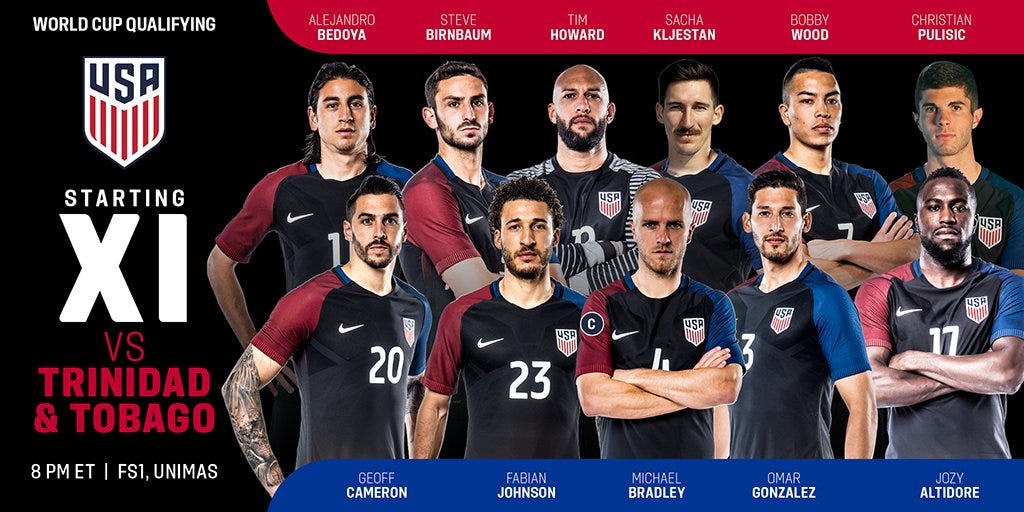 – Wood and Altidore given another run together up top (yay)

– Johnson pushed back to LB (not awesome, but understandable)

– Tim Howard in net (I’d rather either Guzan play or JK starts giving a young guy some looks but, hey, Timmy’s been a long time soldier so whatever)

Some of you might recognize T&T striker Kenwyne Jones from his stints in the EPL (Stoke, Southampton, et al) but at age 31 he’s not quite the physical force he once was. Nevertheless, the “Soca Warriors” have some speed on the wings that could cause some problems for guys like Birnbaum and Gonzalez. They should be manageable but avoiding all major breakdowns would be nice to see.

There you have it. EPL Is back this weekend with a game that looks like it might be kinda fun… 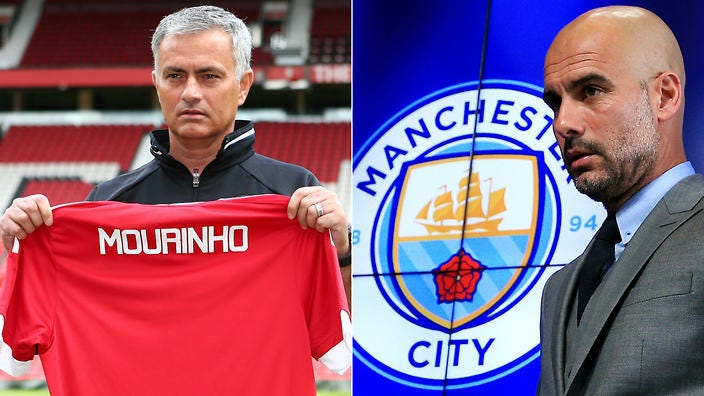