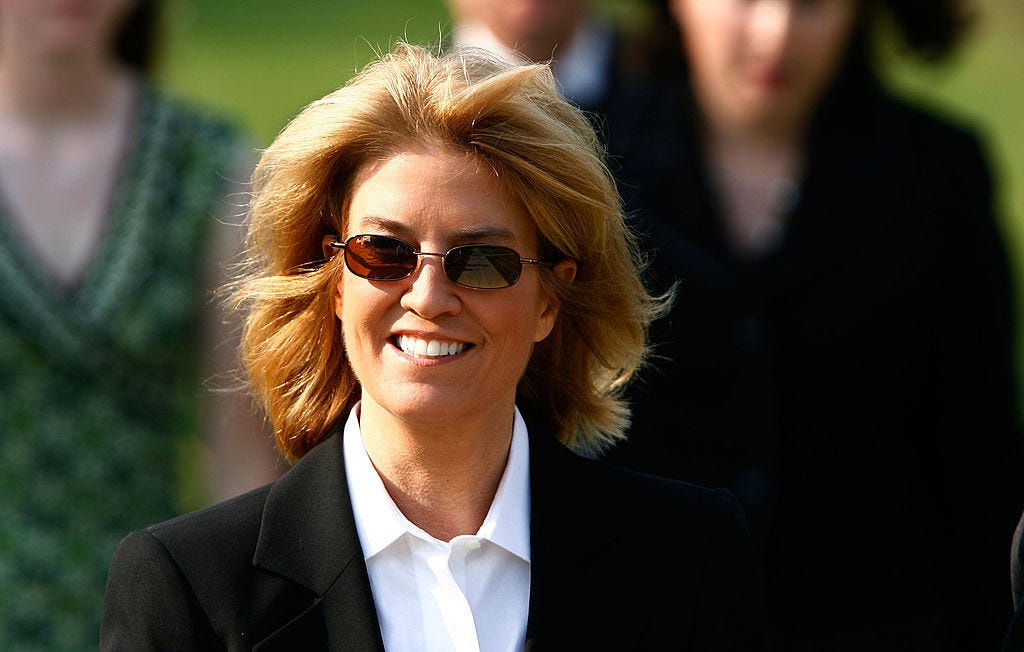 CNN Money — A sharp knock on the door signaled that Greta Van Susteren’s time on Fox News Channel was over.

A courier arrived at Van Susteren’s Washington, D.C. home at 9 a.m. Tuesday, hand-delivering two letters that said that Van Susteren “was being taken off the air” immediately, according to her husband, John Coale, who is a high-profile Washington lawyer.

Van Susteren was already planning to leave, but she thought she would be hosting her 7 p.m. program “On the Record” for a few more weeks.

Yanking her off the air without a chance to say goodbye was “a bit immature,” Coale remarked.

It was also a message from Rupert Murdoch. 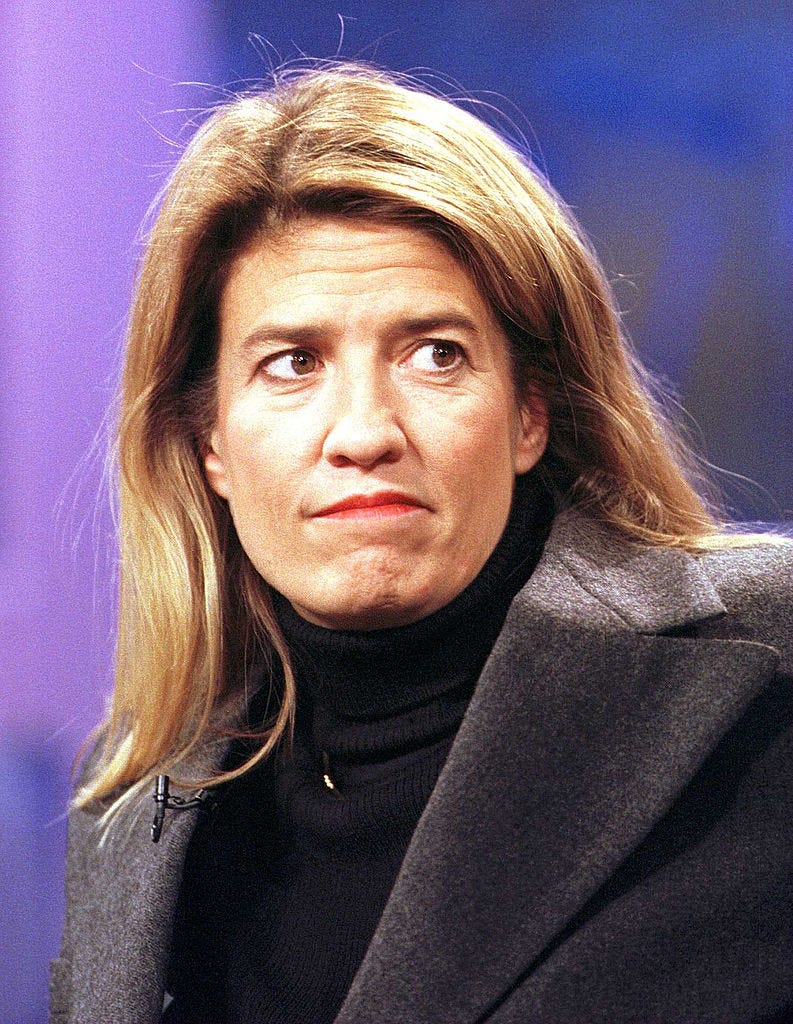 That’s probably not a very nice thing to say but it’s true.

“Hey Riggs, who the fuck is Greta van Susteren?”

Yes she’s easy to make fun of, but she’s also widely respected. She offers an investigative, relatively balanced show following the O’Reilly-Hannity one-two nightly punch at Fox. She’s done that since 2002 and done it well.

But with the latest bombshells at Fox (former Chairman Roger Ailes leaving/being forced out following multiple accusations of sexual assault, which have led to legal suits), Susteren exercised her contractual right to either renegotiate or leave. When Fox wouldn’t meet her where she wanted financially, she opted to leave.

But rather than giving her the common broadcasting courtesy of winding down her show over several weeks, Fox coldly booted her yesterday morning. The most ridiculous part is this little high-school-ex-gf move:

The network announced her departure less than an hour after the courier arrived. Van Susteren was not quoted in the press release.

Fox then deleted the “On the Record” web site, Van Susteren’s biography, and her pioneering Gretawire blog — essentially erasing her from FoxNews.com.

Hilarious. Nothing says “you’re dead to me” like the old cyber wipe out. Just took a note from the Hillary team and straight up deleted her. Wouldn’t be surprised if Rupert Murdoch took a hammer to her phone or laptop on the way out.

I get that business is business and once she’s off the network, her stuff will be removed. But separating from a well-respected, highly-performing TV show host in this manner is absurd. No wonder Fox is an internal clusterfuck.

This came the same day Fox settled the sexual harassment lawsuit with former host Gretchen Carlson for $20 million. The bottom line is that heading into the final two months of the presidential election — a bread and butter stretch for cable news and basically the sole reason they exist — the biggest channel by far is in struggle city. People leaving left and right. People suing left and right. The former Chair is advising Trump, which has all sorts of current and past Fox employees confused and rattled. It’s just a cluster.