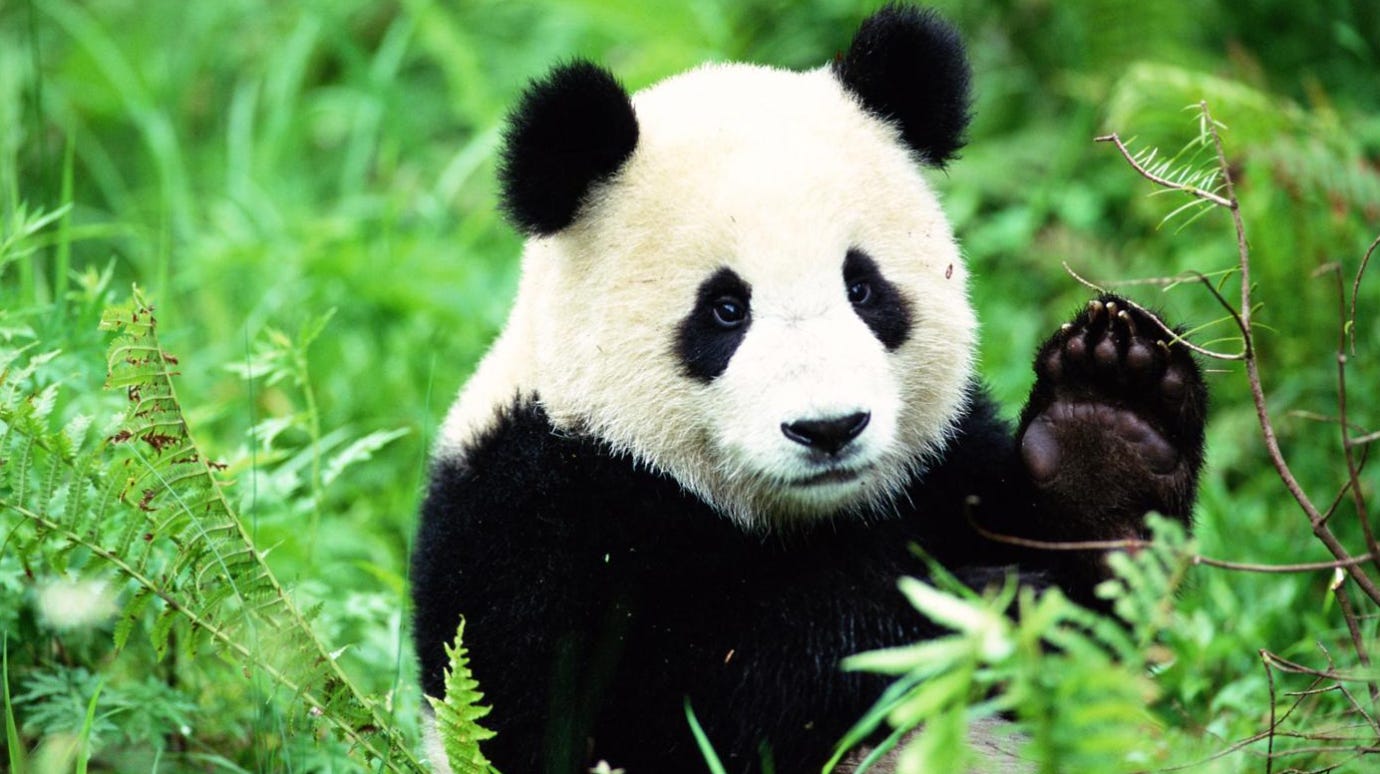 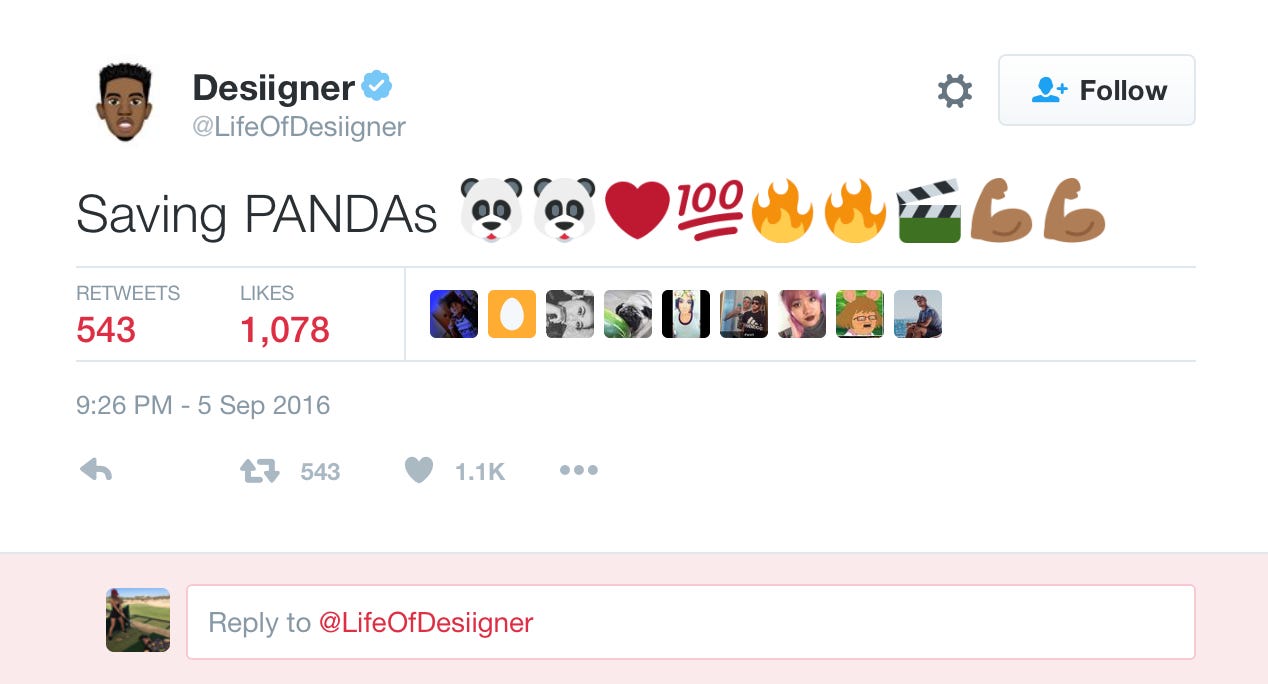 CNN- The giant panda is no longer an endangered species Thanks to an increase in available habitat, the population of the giant panda rose 17% from 2004 to 2014, leading the IUCN to downgrade it from endangered to vulnerable. A nationwide census in 2014 found 1,864 giant pandas in the wild in China, up from 1,596 in 2004, the IUCN said in its report on the animal. Revered in Chinese culture, the giant panda was once widespread throughout southern China. Since the 1970s, it has been the focus of one of the most intensive, high-profile campaigns to recover an endangered species, after a census by the Chinese government found around 2,459 pandas in the world — proof of its precarious position, according to the World Wildlife Fund.

You know what? Who I am to say Desiigner didn’t save the pandas? Maybe he did. The guy makes a smash hit about pandas and pandas just so happen to become less extinct? At the very least that’s an amazing coincidence. This is one of those things where you can’t prove it one way or another (except that you can totally prove it one way and it’s not the way where Desiigner saved pandas). Rappers are always trying to one-up each other and this is a brag that no other rapper has in his back pocket. Sure every rapper fucks a lot of groupies, drives nice cars and lives in a giant mansion. But name another rapper who made a song about a specific animal and then that animal was taken off the endangered species list. You can’t.

PS- A real blogger problem while writing this blog was having spell check repeatedly switch Desiigner to Designer. Life is impossible sometimes.