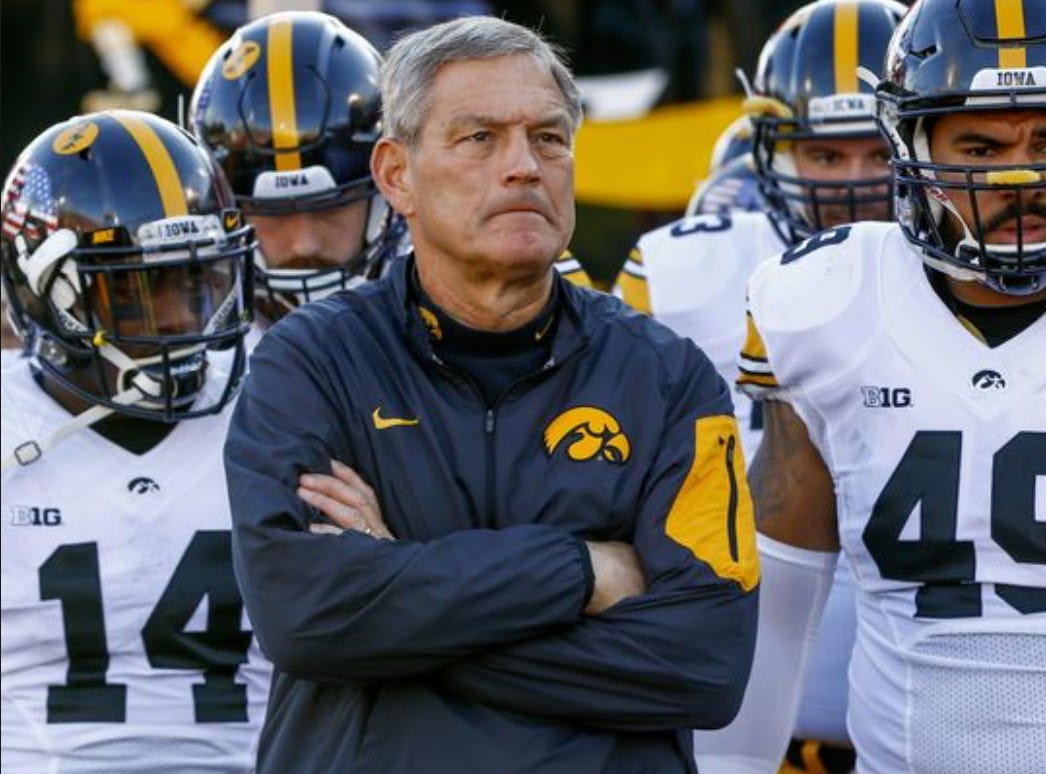 IOWA CITY, Iowa – – The University of Iowa announced today a contract extension for head football coach Kirk Ferentz through the 2026 season. The announcement was made by Gary Barta, UI director of athletics. The extension was finalized and signed Tuesday. Ferentz began his 18th season as Iowa’s head football coach Saturday when the nationally-ranked Hawkeyes defeated Miami University, 45-21. Ferentz’s previous contract extended through the 2020 season. “I’ve said it many times, I would like Kirk to retire as a Hawkeye, and this contract is a strong statement toward that commitment,” said Barta. “Kirk’s dedication to the football program and the University of Iowa has brought national attention and recognition to the Hawkeyes for nearly 20 years. “Kirk is one of the top coaches in country. His commitment to winning, graduating student-athletes, and doing things the right way is unmatched by any program or coach,” added Barta. “There is strong momentum surrounding the Hawkeye football program. Whether it’s on the field, recruiting, academics, facilities, or with his staff, we’re achieving at a high level today, and are well positioned for continued success for years to come.”

What a difference a season makes! Once upon a time (literally one year ago) people, myself included, were wondering if Iowa needed to make a change at the head coaching position. We all love Kirk Ferentz forever but sometimes change is necessary. We’d always love Kirk for the good times he brought to Iowa City but it had been a rough couple of years for Kirk and the Hawkeyes. 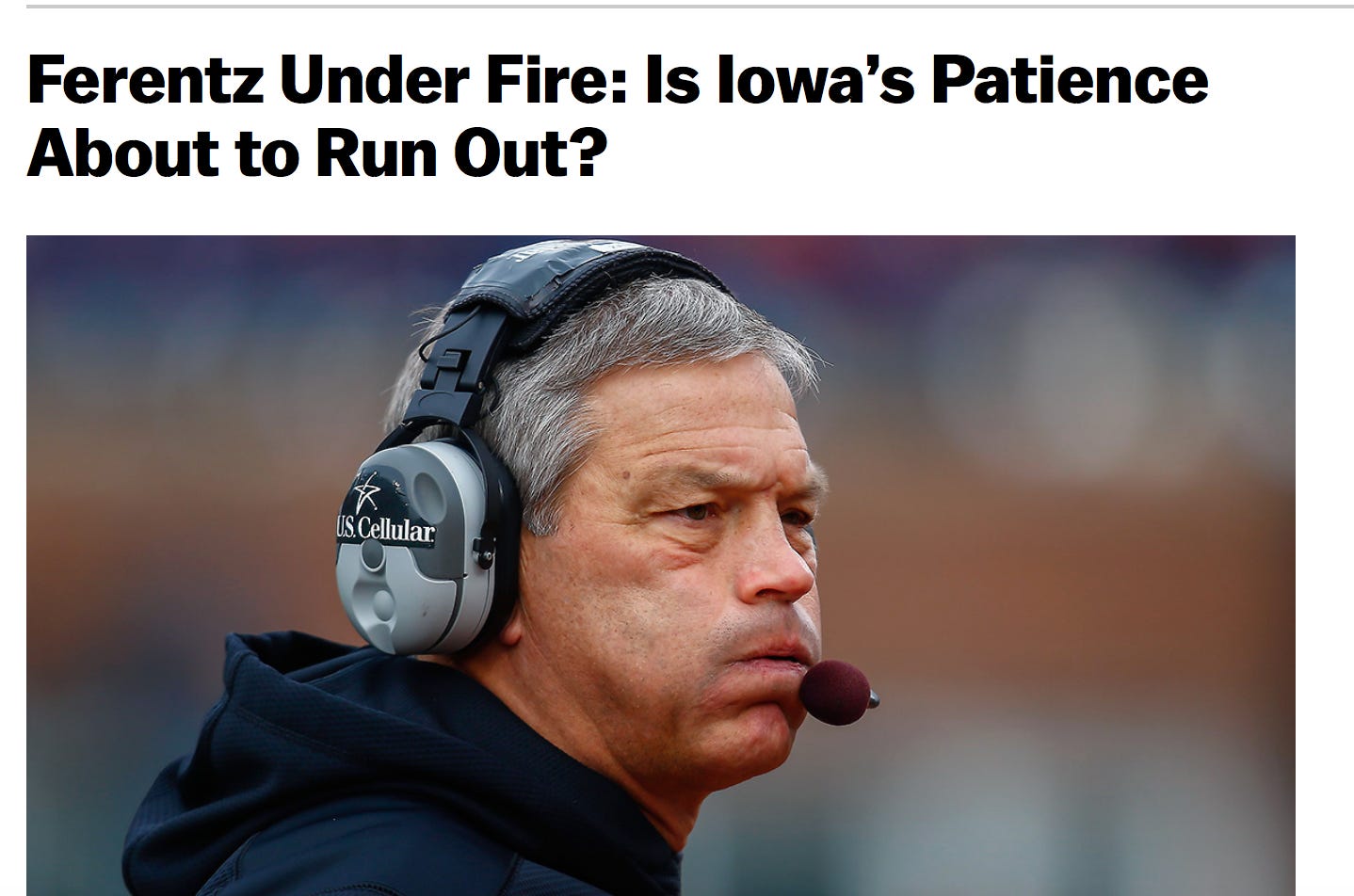 and it made sense after this stretch of seasons

That’s a shitty run for a coach who is getting paid 4 million dollars a year. Really shitty. Any other coach in the country has a run like that with a salary like that and he gets the axe. It seemed like the only thing keeping Kirk around was his MASSIVE buy out that was tied to his contract. It didn’t make sense for the team to cut ties with Ferentz when a) the massive buy out was looming and b) what’s the plan after firing Kirk? That was always the greatest defense when somebody would yell, “FIRE KIRK” Okay but then who are we gonna get that’s better? Tough to say.

Well all of those arguments ceased to exist when this happened

That changed everything obviously. The people who were once calling for Kirk’s head were now kissing his feet (again, myself included on both counts). And now he’s signed through 2026 and will make 4.5 million per year.  Meaning he’s basically the Iowa coach for life now seeing that he’ll be 71 when his contract is up. Which is just fine with me. I like Kirk a lot. Iowa has had two coaches since 1979 (the other being Hayden Fry) and it will remain that way for the foreseeable future. My only question is why? His current deal didn’t expire until 2020. Feels a little like AD Gary Barta was negotiating against a ghost but whatever! Congrats Kirk! Go Hawks! Now please god let’s beat Iowa State. 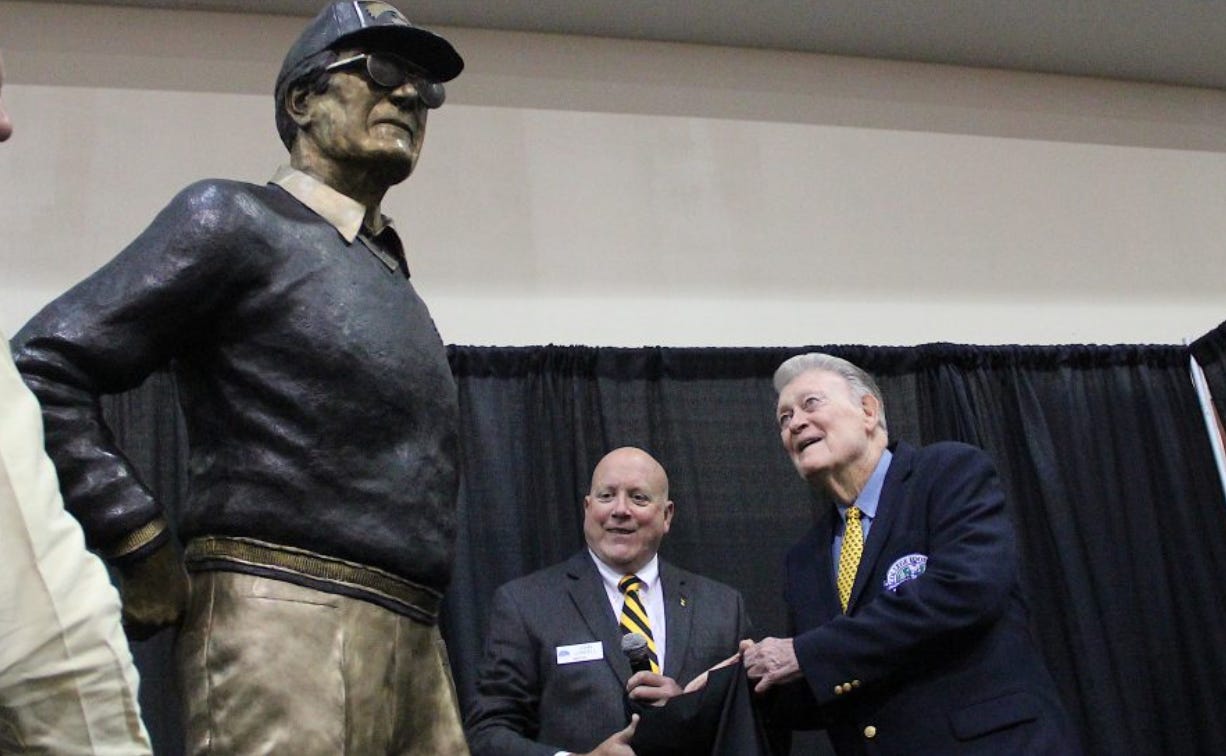