Jimbo Fisher is now 8-1 against the SEC after FSU’s win against Ole Miss last night with his only loss against an SEC opponent coming in 2012 against Florida. That’s pretty good, I guess.

Brett Bielema has been the head coach at Arkansas since 2013 and has gone 7-17 in the SEC. That’s pretty bad, I guess. 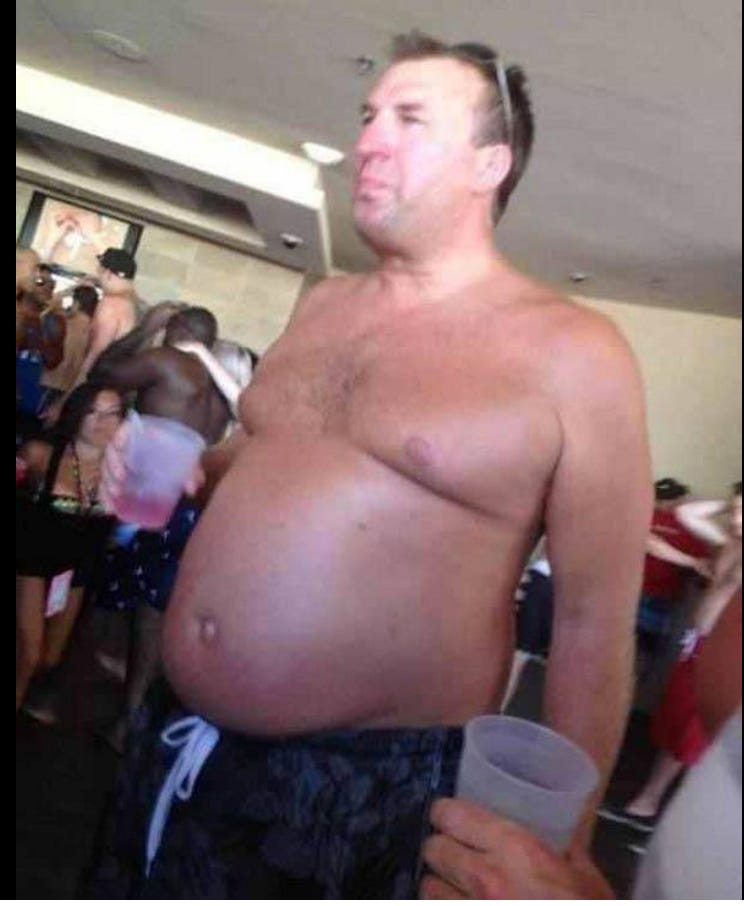 Head on a swivel during college football season, Bret. Coach Bielema was just minding his own business last night, probably still celebrating that huge 21-20 victory over Louisiana Tech on Saturday, and Bud Elliot comes out of nowhere and puts him in a body bag.

Bret might only have 7 SEC wins through 3 full seasons but he has the ideal fat guy stomach, and no one can take that from him. If you’re gonna be a fat guy, Bret’s type of fat guy is the best case scenario; he’s got the smoothest of tits, just a little bit of understated chest hair, and a round, velvety sculpted belly. The fat guy dream. Get those SEC wins up and you’ll have it all, coach.