You know that we are dying for football when a fucking beer commercial can get people excited, but here we are. Labor Day is over, the college football opening weekend appetizer for NFL fans is done and all that’s left is for you to stare at the fantasy team that will ruin your Sundays for the next 4 months. But now that we are in the homestretch, everything is slowing down and any morsel of NFL feels like an oasis. I’m sitting here actively excited to watch Sal Pal and Ed Werder give me the same updates every hour on ESPN. So seeing Tecmo Bo juke motherfuckers out of their shoes was obviously a welcome addition to my post-Labor Day blues. And since this is a commercial getting ready for the season, we probably won’t grow to hate it like those shitty Papa and Peyton circle jerks that are played EVERY FIVE MINUTES.

A few other thoughts:

– We couldn’t find hotter chicks to represent the Rams moving to LA? I enjoy hating Californians for the weather, women, and the weed as my home state turns into a freezing cold bubble of depression in a few months. And I don’t think that a couple of “angry” Chargers fans would be able to touch even the most sane Raiders fan in the world. Everything is way too nice in San Diego.

– Have a little respect for yourself, Tim Couch. Jesus Christ.

– I despise the Eagles with all my heart, but this picture drove home the point that I’m not so different than some of their fans. I can’t remember the last time I bought a white shirt. 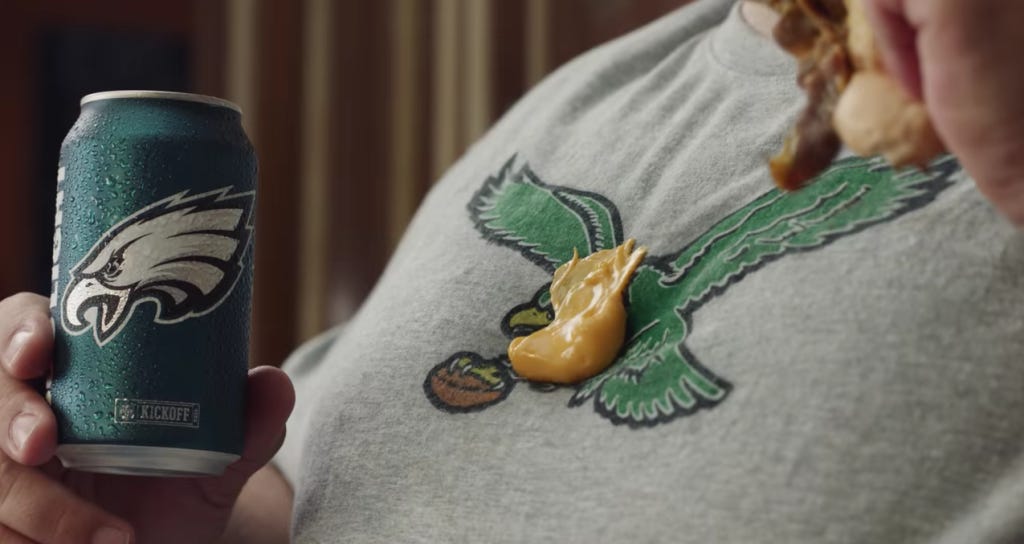 – I’m kinda scared at how much I swooned over Justin Tuck casually lifting four 30 racks on his shoulders. 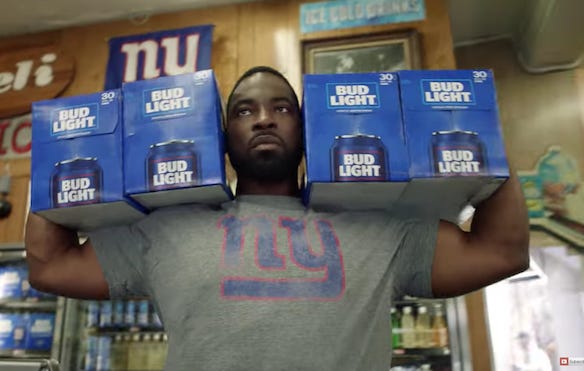 – Not having Bills fans putting each other through tables while drinking their beers was a legitimate slap in the face to #BillsMafia.

– As great as this commercial is, we can’t ignore that our neighbors to the North already won the beer wars for the 2016 NFL season with Labatt Zubaz cans. Well played, you slippery Canucks.

I guess this actually all makes sense, because Bills fans will DEFINITELY be putting each other through tables while drinking out of Zubaz cans. A match made in tailgating and viral video heaven.