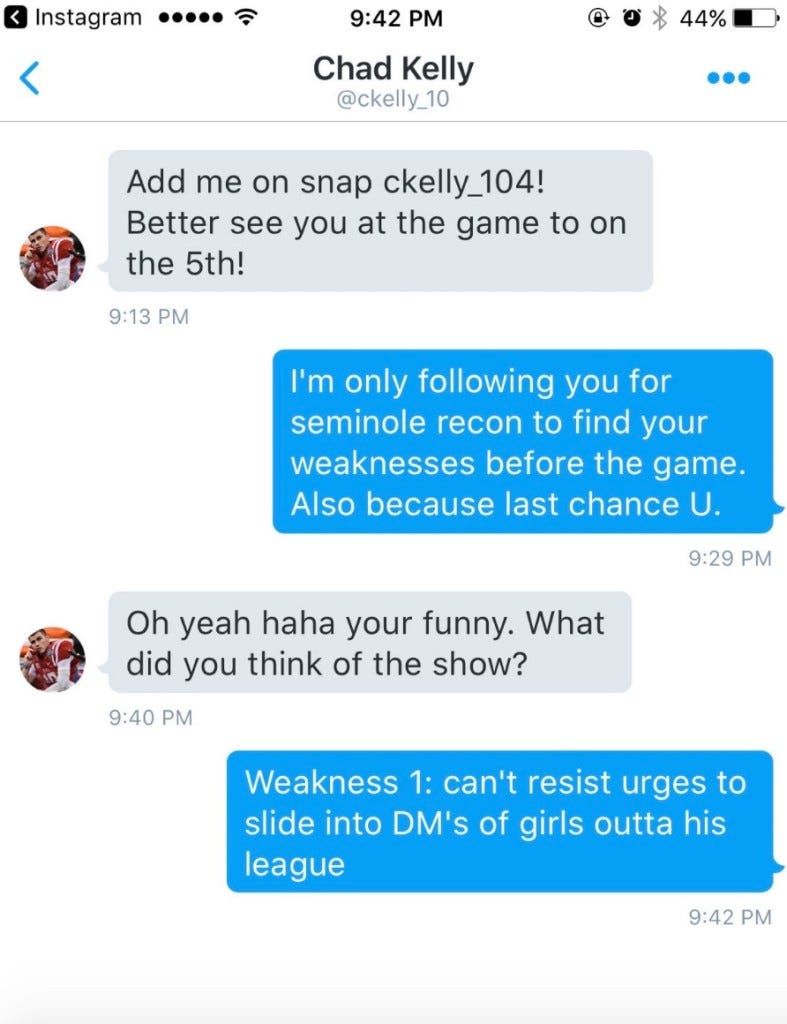 Rough series of events for Ole Miss QB Chad Kelly. The guy started the game vs FSU throwing three TDs, going into half time up 28-13, had to be feeling like he’s got the whole world by the balls…and then he throws a few picks, can’t get a two-point conversion, and all of a sudden he’s coming home to angry people with pitchforks and Mia Khalifa airing out his DMs and has to delete his Twitter. It’s not some death knell for him or the team but that has to be about as opposite from how you’d want the season to start as I’d imagine (besides losing by 50 points to the #1 team in the country and getting shown up by your disgraced former coach but that’s neither here nor there).

At the same time though and for as dumb a move as it is sliding in the DMs of the most popular social media FSU fan who regularly airs dudes out the week before a massive season opening game may be, you kind of have to love the irrational confidence of Chad Kelly here. If anyone can recover from a night of his life getting blown up, it’s a dude with this kind of old school Southern gunslinger mentality like he seems to have going. Sometimes you’ve got to force a ball into double coverage to make a drive happen and sometimes you have to try to bang out Muslim ex-porn stars the one time you’re showing off your skills in the same stadium she’s in. It didn’t get Ole Miss the win or gain him entry into Mia Khalifa’s pants last night but that’s still the kind of attitude I’d want from my QB moving forward.