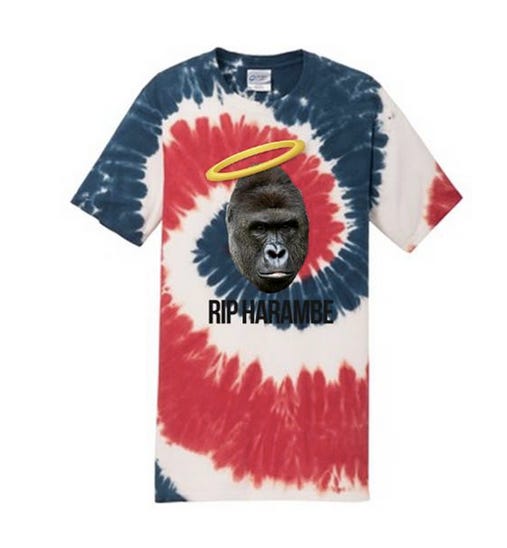 (Buy a shirt, you racist rapists) 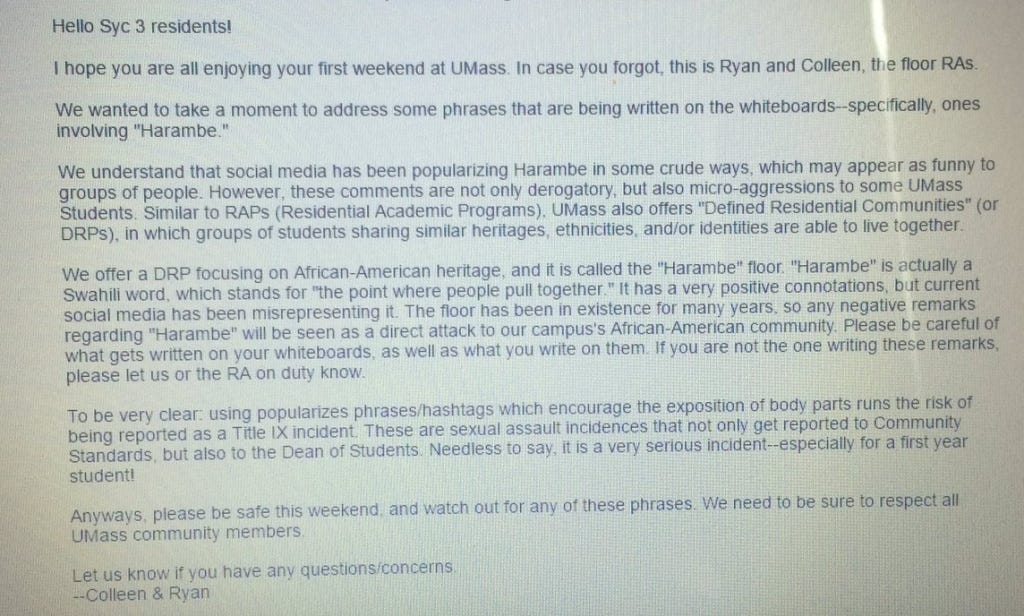 I’m going to say something that may surprise people: at the very, very foundation of the “attack on the Afircan American community” argument I kind of get it. If you wrote “RIP 3rd floor of Sylvan” on a whiteboard then I don’t think anyone would be losing their minds over UMass considering that a threat. It kinda seems like one. Unfortunately, there’s a floor at the school named Harambe. That’s flat-out bad luck.

But, and I know this is where colleges really struggle, you can use some fucking common sense on this one and just acknowledge the fact that they’re clearly talking about the most popular meme on the internet and not a floor of African Americans. People wearing RIP Harambe tshirts or writing RIP Harambe on whiteboards fucking OBVIOUSLY aren’t talking about murdering a floor of students.

PS – I had no idea Harambe meant “the point where people pull together.” That’s literally what Harambe’s death did. Kind of amazing imho.