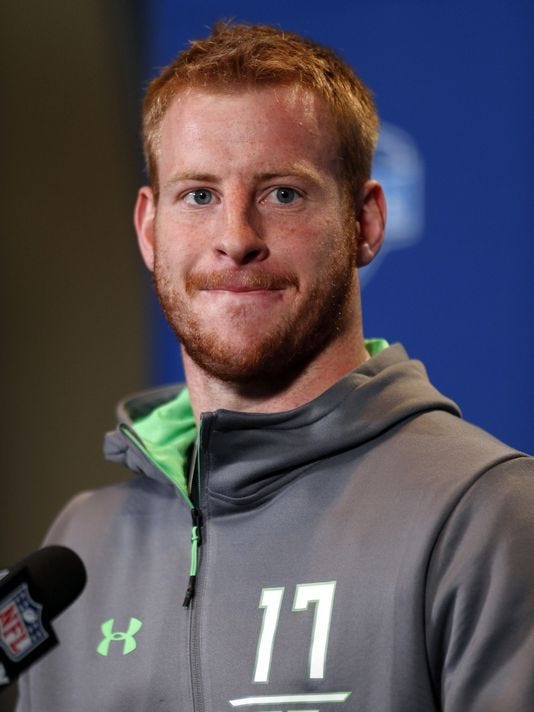 Sure. Why not. At least one of the highest paid players on the roster in Chase Daniel will be relegated back to where he belongs. Well, in a just world that would be as an insurance salesman instead of a NFL backup QB making millions of dollars, but I digress. Might as well throw the Ginger into the fire and see if he can handle the heat. Taking every snap from game well seems to have worked out well for fellow high draft picks like Peyton Manning and Andrew Luck. Let’s blatantly forget the careers of Ryan Leaf, Tim Couch, and David Carr were essentially ruined before they began because they were put out there too early, but whatever. At least we can now be overly excited for a freaking Eagles vs. Browns game . Also, I don’t care if he’s the #2 pick overall, it’s still a ballsy move to name the injured rookie QB a starter for Week 1 when he hasn’t done dick for 3+ weeks. I just hope he protects himself a little better than going freaking John Elway helicopter during a motherfucking pre-season game. I love it to an extent, but these aren’t D-1AA boys he’s trying to lower the boom on anymore. Can’t win a Super Bowl eating out of a straw.