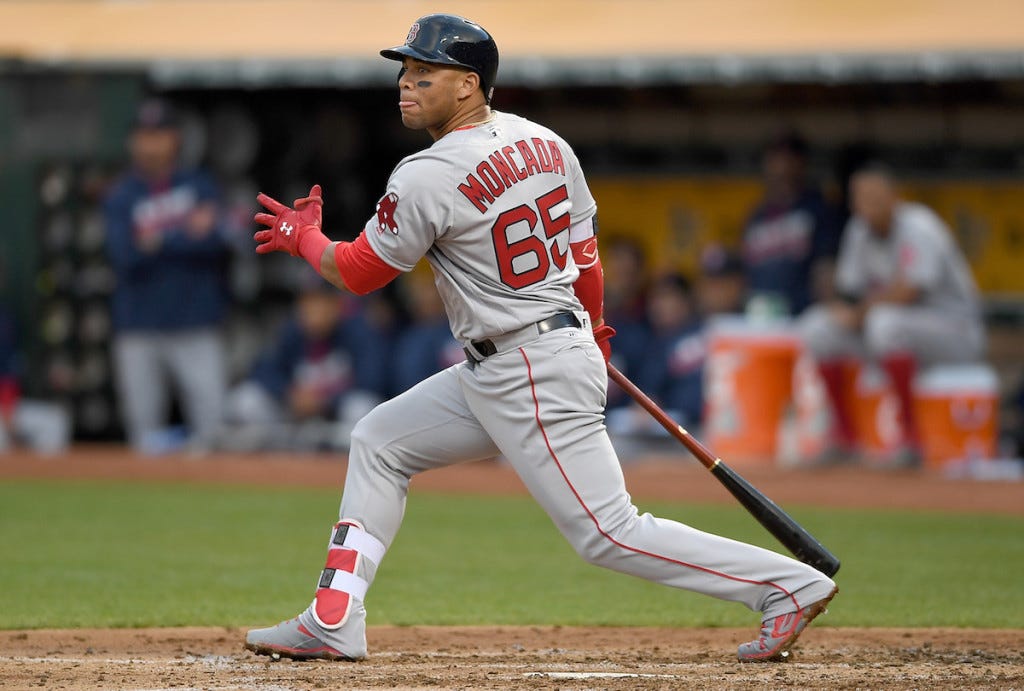 So, I wake up on this lovely Sunday morning, open my phone, and what do I see? Hatin’ ass Tony Jabroni trying to discredit the Red Sox because they beat up on the A’s.

I won’t stand for it. Not today, not tomorrow, not ever. Listen, there are some fraud ass teams out there, who benefit from playing in shitty divisions, so their record and team statistics become inflated or inaccurate representations of what that team actually is. The Red Sox are not one of those teams. The Red Sox play in the best division in the MLB — the same division where there are five teams, four of them are in the playoff picture, and the fifth team has beaten the division leading Red Sox and Blue Jays four times in their last five games, twice each.

The Red Sox have played the A’s five times this season. They’re 5-0, and they’ve outscored Oakland 67-19. Mazz’s point is that the Red Sox’s run differential is inflated because they’ve beaten up on a bad Oakland team. Here’s why I think that’s bullshit. The Red Sox’s run differential this year is +144. If you take away the five games against Oakland, the Red Sox are still at +96 for the season, while the Blue Jays are a +99 team without taking out any of their lopsided victories. Take away five of Boston’s biggest victories all year, and they’re still equal with the team they’re tied with for first place. Essentially, the fact that the Red Sox have beaten up on the A’s means nothing, if your point is that they’re some sort of a fraud team who pads their stats against one bad team.

The Red Sox gave Rick Porcello 11 runs of support last night, which was actually the lowest run total Boston has put together against the A’s this year. The Red Sox have averaged 6.75 runs per game in support of Porcello in 2016, which leads the majors, but don’t let that take away from the season that he’s having aside from the win total.

Porcello took a perfect game into the sixth inning and lowered his ERA to 3.23, and his WHIP down to 1.02, which is tied with Chris Sale for second best in the American League. He’s now the first 19-game winner in a Red Sox uniform since Jon Lester in 2010, and has a chance to become the first 20-game winner since Josh Beckett in 2007, and he’ll have five more starts to do so.

If he stays on regular rest, he’ll finish out the season at Toronto, home against the Orioles, home against the Yankees, at Tampa Bay, and then at the Yankees to close out his season, so that means he’ll miss that crucial three-game series against the Blue Jays at home to finish the regular season. Things could change, though. I’ve got a feeling the Red Sox might move some pieces around so that Porcello makes a start in that series, especially if this divisional race stays as tight as it is right now.

Also, I don’t know how these points are calculated for ESPN’s Cy Young predictor, but I thought this was worth sharing.

Yoan Moncada picked up his first major league hit last night, a two-run double that came in Boston’s seven-run third inning. Just two batters before that, Hanley Ramirez smashed his 20th home run of the season, the first time he’s reached 20 home runs since 2013. It’s weird, I was looking at Hanley’s numbers, and it definitely feels like he’s having a way better offensive season than last year, but that home run last night only surpassed his 2015 home run total by one. I guess that’s because he hit 10 home runs in April, and 9 home runs over his next 84 games the rest of the way. Last year felt more disappointing than that for Hanley. Must feel that way because of the injuries for him, coupled with the team’s last place finish.

Two more hits for Dustin Pedroia, two more hits for Xander Bogaerts, three more hits for David Ortiz, a double and 2 RBI for Mookie Betts, and there are your four Red Sox in the top 10 in the American League in batting. Mookie’s two-run double in the first inning officially made him a 30 HR/100 RBI guy at the age of 23. No big deal.