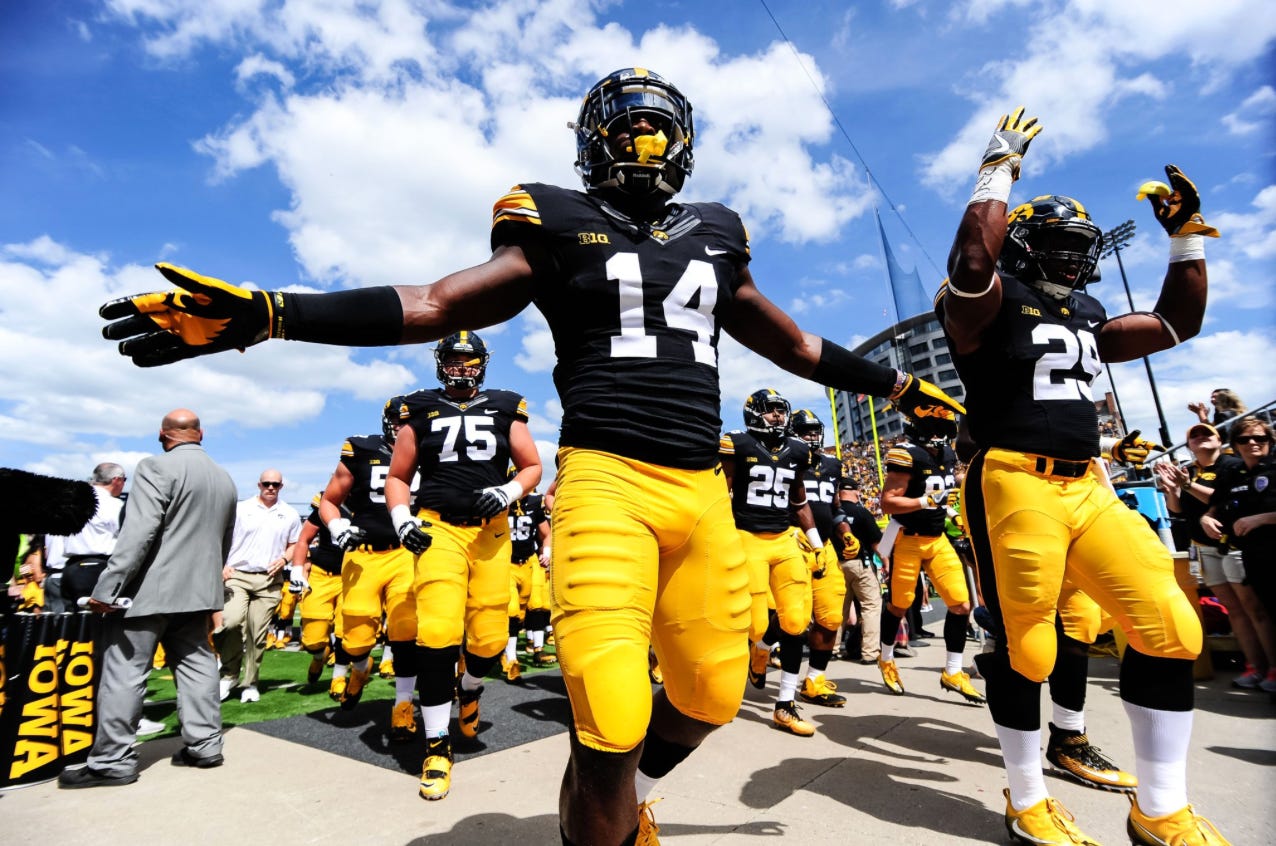 Easy win. Never in doubt. Exactly how Kirk Ferentz and the Hawkeyes wanted to start the season. At no point did I feel like the game was in jeopardy. The Iowa Hawkeyes are now 13-0 in their last 13 regular season games (I can barely even remember what happened in the B1G Championship game or the Rose Bowl but you don’t need to remind me). The main takeaway from today’s game was that Akrum Wadley and LeShun Daniel are gonna make one hell of a two-headed monster in the backfield. Wadley finished with 121 yards with 2 touchdowns and Daniels finished with 83 yards with two touchdowns. They had semi-truck-sized holes to run through all day long. Mostly thanks to exquisite downfield blocking by the receivers. CJ Beathard looked good but most importantly he looked healthy and stayed healthy and that’s what we need outta him.

The defense looked shaky at times. Probably because LB and captain Josey Jewell got ejected early in the game for almost killing a guy with this targeting hit

Whoops. Pretty much the textbook definition of a targeting hit. Probably don’t to that again. Other than that hit and a few piss poor defensive play, I’d say that was the perfect start to the 2016 season for the Hawks. Next up Iowa State. Fuck them.

It’s so good to have college football back.