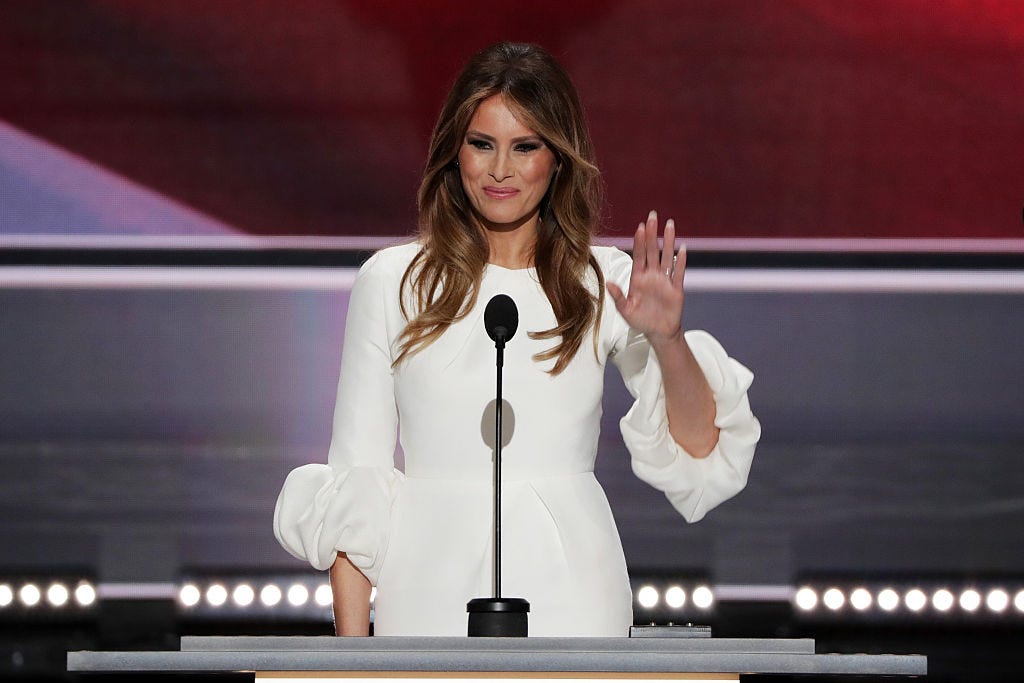 The Independent — Melania Trump has filed a $150 million (£113 million) lawsuit against the Daily Mail and a US blogger, saying they published false claims about her past.

A Daily Mail story last month cited a Slovenian magazine’s report that a modelling agency Ms Trump worked with in New York in the 1990s also served as an escort business, linking wealthy clients with women for sexual services.

Late on Thursday, the Daily Mail retracted the story in a posting on its website and in the newspaper.

Big week for bloggers. We had the pro-ISIS guy in Cali threaten to behead FBI agents. We had some guy named Mariotti who beats women put the entire blogosphere in a body bag.

And now we have some US blogger + Daily Mail getting sued by Melania Trump for $150 million (!!) for calling her a hooker. Because that’s exactly what they did — they called her a hooker.

Daily Mail’s article was titled “Racy photos, and troubling questions about his wife’s past that could derail Trump” and they said her modeling agency was “something like a gentleman’s club” and that it “operated as an escort agency for wealthy clients.” That’s 100% calling Melania a hooker.

They retracted the story late yesterday.

Hahahaha come on. Don’t lie. Don’t piss on Melania’s face and call it rain. You wrote an article calling her a hooker and you know it. Now you’re getting sued for $150 million because she wasn’t a hooker (apparently?). That’s what happens when you come at the Trumps — you best not miss.

Thank god we don’t ever write anything unfounded or unchecked or based on wildly loose facts. Phew. Feels good to be on the right side of history/ethics/smut.