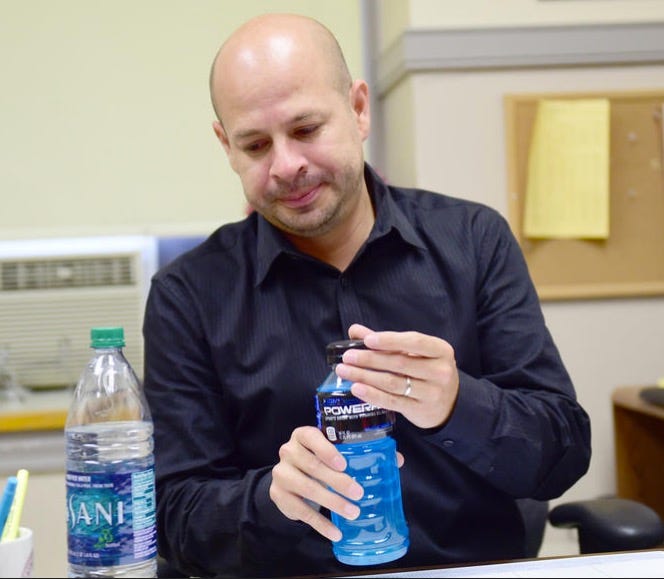 Washington Post – A Lafayette College professor has gone on a hunger strike this week after being denied tenure.

Since Tuesday afternoon, Juan Rojo, an assistant professor of Spanish at the Eastern Pennsylvania school, has drunk only water and Gatorade. The extreme step, he said, comes after Lafayette College’s president vetoed his bid for tenure, even though Rojo received positive recommendations from two separate faculty committees.

Rojo, 41, told The Washington Post that he was using the strike not only to protest the decision about his own future in academia but to question the role of faculty members in the tenure process.

What the hell is wrong with people? The protesting bug is so strong that we’re going on fucking hunger strikes for basically not getting promotions? Seriously hunger strikes used to be for Gandhi and Bobby Sands protesting massive injustices in the world. Now it’s a Lafayette College assistant Spanish professor “questioning the role of faculty members in the tenure process.”

Anyway I saw the dude’s name and just automatically assumed he was denied tenure for some sort of racist reason. That he was protesting being discriminated against. That’s a just cause to launch a hunger strike for I think.

On Dec. 18, the committee voted to recommend Rojo for tenure. The recommendation then went to Lafayette College President Alison Byerly for review, according to documents viewed by The Morning Call.

On March 14, Byerly denied Rojo’s tenure in a four-page letter in which she said he did not exhibit “distinctive” teaching abilities.

According to the letter, Byerly based her decision on student reviews and other documentation.

Her letter said “it is difficult to find evidence that Prof. Rojo consistently meets the following criteria for a quality teacher: is a clear and organized communicator, is able to engage students in learning, and provides timely, careful, and fair review and evaluation of student work. It is also not clear that he is successful across a range of course types.” [MCall]

The President of the university vetoed him because he fucking sucks at teaching! His students hate him and leave him all negative reviews. He’s not a “clear organized communicator,” doesn’t “engage students in learning,” and doesn’t provide “timely, fair review of student work.”

A “six-member committee made up of people within his own department” approved him for tenure. So basically his friends in the department voted to recommend him, and the President actually reviewed his record and said no you’re not qualified. Which is how it’s all supposed to work and how it’s outlined in the rulebook. 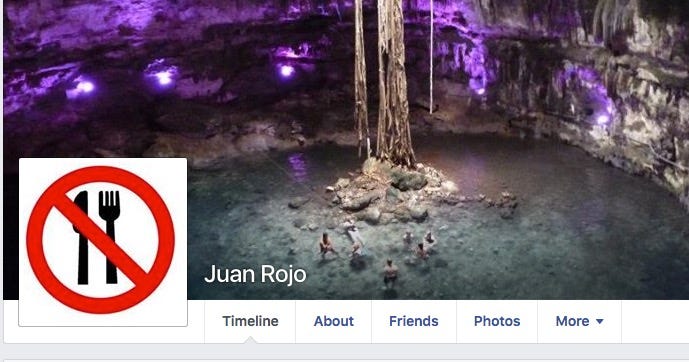 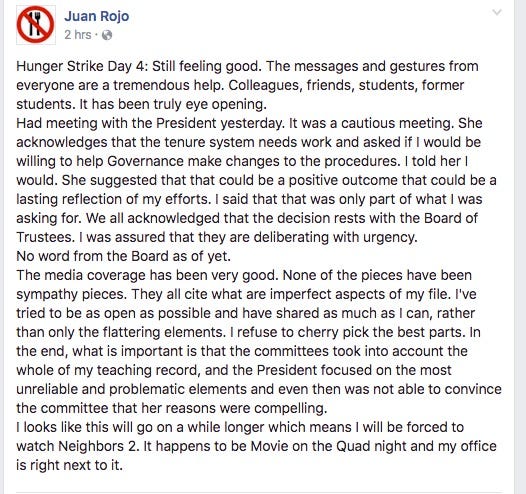 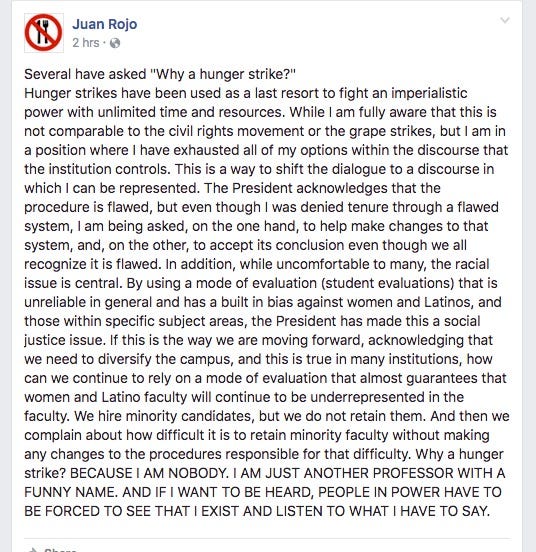 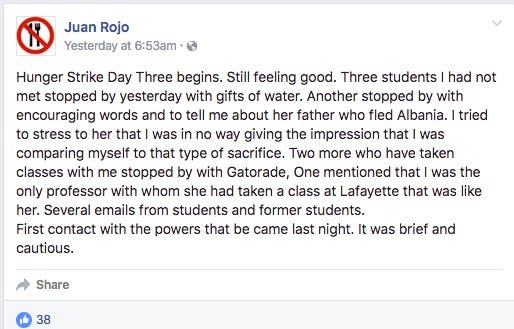 Could you be more dramatic dude?

My expert advice: order a whole bunch of carbs, get your strength up, get back in that classroom and try to get a positive review from a student for once in your life. Sometimes it’s just as simple as being good at your job to get promoted.