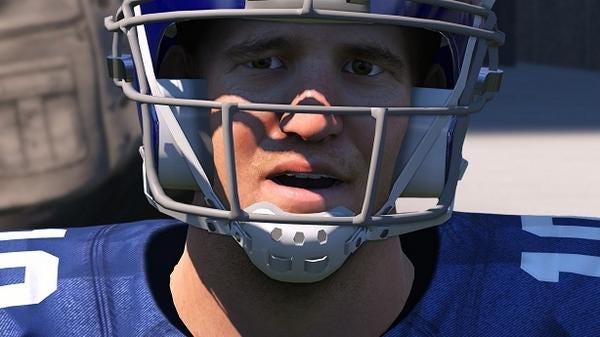 NJ.com Like many Giants fans, Orleans Darkwa was shocked at Eli Manning’s low rating when the newest edition of the popular Madden video game was released in August. Manning received an 81 overall rating, which tied the two-time Super Bowl MVP for 20th among quarterbacks. Unlike fans, Darkwa has the power to influence change. The Giants running back interned last year at EA Sports, which produces the Madden game.

Darkwa struck up a relationship with the person in charge of player ratings during the week-long internship arranged by the NFL. So, Darkwa called up his friend to request a higher rating for Manning. “I told him about Eli,” Darkwa said. “He had him at 81. He bumped it up to 83. We had a good two, three-day conversation about that.”

With his 83 overall rating, Manning is now tied with Oakland’s Derek Carr and Washington’s Kirk Cousins for 14th among quarterbacks. Darkwa doesn’t think his lobbying will matter much to Manning. “He doesn’t care,” Darkwa said. “I didn’t even bring it up to him.”

I already ranted about how Eli being the 22nd highest rated QB in Madden was a traveshamockery, but it’s nice to see a young buck like Orleans Darkwa go to bat for Eli. That’s his teammate. That’s his quarterback. If I am Jerry Reese, I tell Darkwa he has a roster spot and immediately cut Andre Williams on principle alone. Then again, I would have cut Williams years ago. And of course Eli didn’t care about any of this nonsense. I don’t think Eli has a pulse most of the time, let alone has played Madden since the year Eddie George was on the cover. But I’m sure he appreciated the gesture of being placed with fellow elite QBs Derek Carr and Kirk Cousins nonetheless.

And you know what the best part about playing with Eli in Madden is? Every time you have a bad game, you can just chalk it up to a Bad Eli Game and not blame yourself one bit. Plus you can also do the Eli shoulder shrug after every bad throw. God I love Eli Manning.

P.S. Ben McAdoo in his October pink outfit with the zipper brought down just enough to make your imagination run wild is an absolutely perfect 99 overall. 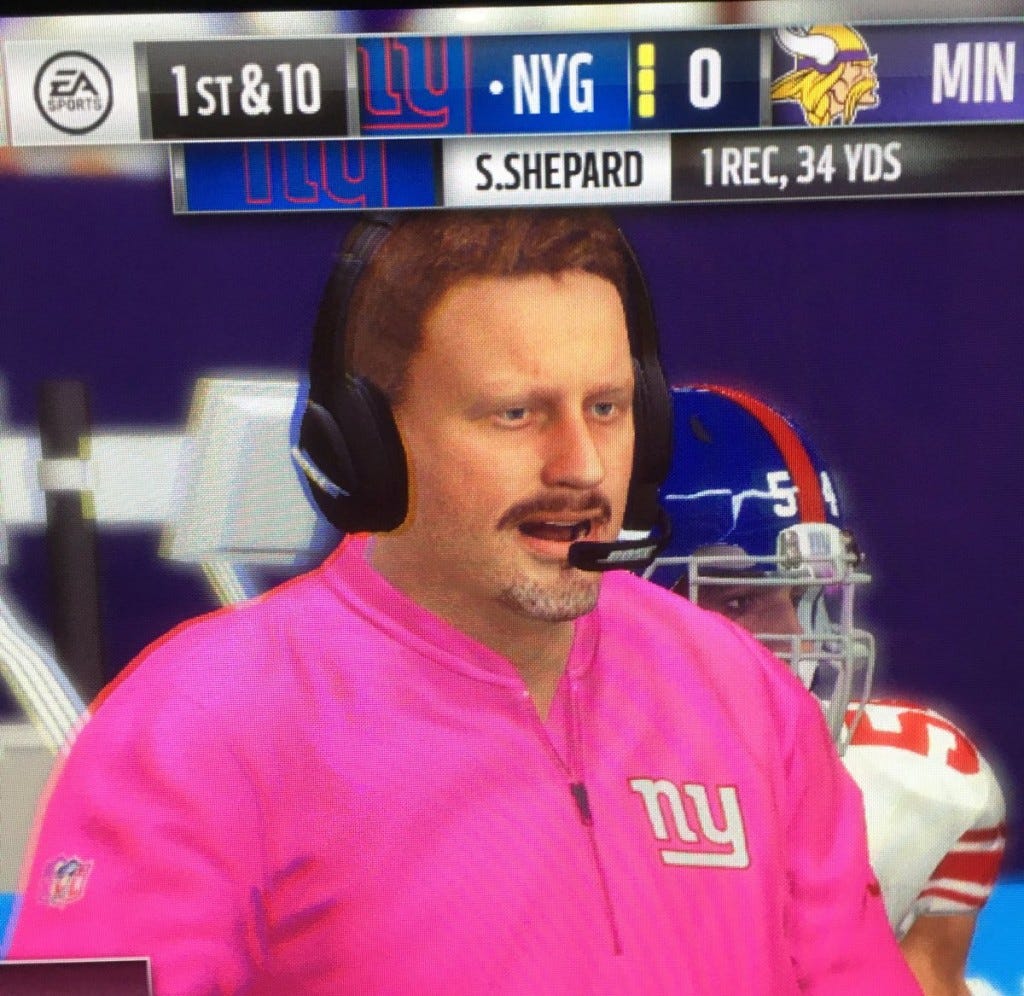