Oh fuck yes. What a hype video. I could not be more excited for this new season of South Park. It’s going to go down in the record books as far as amazing television is concerned. If you’re not on the edge of your seat waiting to see how they satirize the election I don’t want to know you as a person. I mean this was all time from 2004 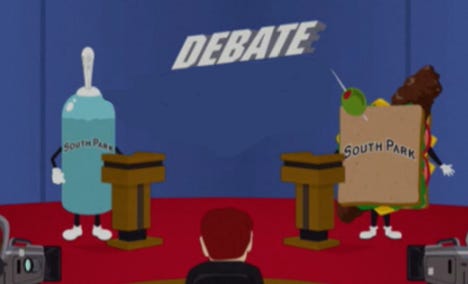 and now somehow the candidates are even worse.

It’s going to be so good, so funny, and way too smart. This election is perfect for the way they are able to churn out episodes in just days, and change jokes the day it airs. Combine that with the continuity South Park has done the last couple of seasons where story lines progress, and we are in for a real treat. And yes, maybe I’m sucking their dick a little too much before the first episode even airs, but I think they’ve earned a good ball wash based on the previous 19 seasons.