Kylie says the $300k SUV was the reason she was at the dealer on Tuesday. She claims the story we broke — about Tyga’s Ferrari getting repo’d — nearly blew her surprise.

Check out the video … they took it out to Neuehouse Hollywood on Wednesday night.

KJ was super excited for the Bentley’s unveiling, but Tyga was speechless. Probably still thinking about his lost sports car.

UGH THIS MADE ME IRRATIONALLY ANGRY: 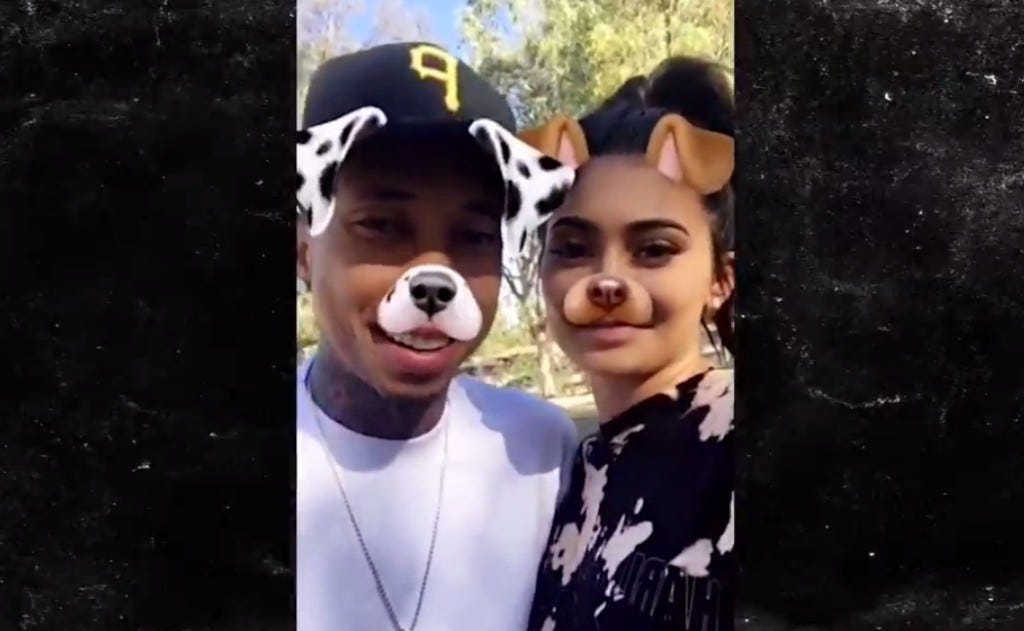 I’ve run through the gamut of feelings about Tyga in the last year and I’m growing to realize it all depends on my mood. Some days where I’m feeling peppy there’s a news story of his dumb luck/hostagesque grip on Kylie Jenner, I think “Well you know, how can you hate on this, some guys just get all the luck.” Some days I’m zen about it but still hate Tyga, thinking more along the lines that this much karma on one’s side eventually has to flip the other way, a way of evening out the fates. And then there are days like today where it’s rainy out and I got drunk and blew my fantasy draft last night and I just want to get to Labor Day weekend and the only thing that could make me smile is seeing Tyga blown up or sucked into the wheel well of his new Bentley somehow.

But instead it’s this. I mean how much of a bum ass motherfucker can he be and still be granted the best of things in life like expensive cars and a chick in Kylie who’s the best combo of hot, rich, and famous that you could possibly get. Like he’s borrowing millions of dollars from her and he STILL can’t afford to make his fucking car payments like a regular run of the mill broke ass piece of shit. And yet she buys him cars and takes him on beach vacations with other hot rich famous chicks and does this dude even rap any more? I’m almost afraid of what the karmic retribution would be for being given so much for offering so little because anything short of an asteroid hitting him directly in the head that also destroys us all seems like getting off light.

Oh yeah and one more for the Fucking Tyga hate list…Kylie is currently on some crusade to prove she has natural tits after social media speculated that she got fakies recently. And bless her determination to show that they were just period-inflated titties: