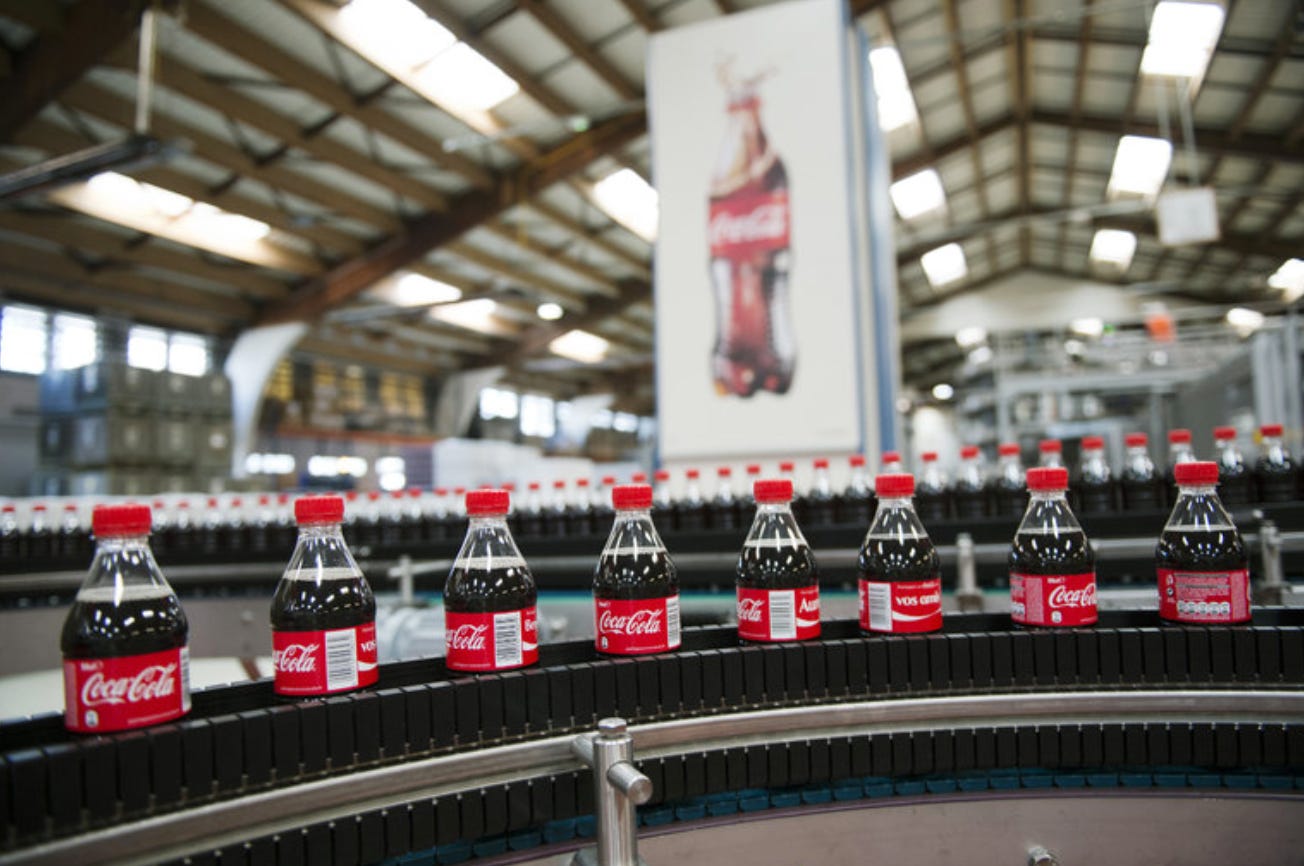 NYT- Uncovering a drug-smuggling operation with a French connection, workers at a Coca-Cola factory in southern France this week found a huge cache of cocaine worth approximately $56 million in a shipment of orange juice concentrate, according to news reports. The factory, which is in the town of Signes, near the Mediterranean coast, produces concentrates for various drinks. A spokesman for Coca-Cola France said that employees notified the police and that the authorities had started an investigation, The Associated Press reported. The drug was hidden in bags among a delivery of orange juice concentrate and amounted to 370 kilograms, making it one of the largest such discoveries on French soil, the BBC reported. The shipment arrived in a container from South America. The prosecutor of Toulon, Xavier Tarabeux, called the find “a very bad surprise” and said it had a street value of 50 million euros, or about $56 million.

This made me think of something. Let’s start putting cocaine into Coca-Cola again. They used to do it when Coca-Cola first started, right? Why not bring it back around? Everybody loves nostalgia. That’s why you see every movie and every TV show you ever loved as a kid getting a re-boot. I’m not a big drug buy but I’m mostly just curious to see if people could tell the difference. We can’t tell anybody we’re putting cocaine back into Coca-Cola though. We just do it. It’d be like a social experiment. Let’s see if it has any affect at all. Let’s see if Coca-Cola’s stock prices surge or if it just stays the same. Maybe that’s what this factory in France was trying to do but they just got caught doing it. Coca-Cola doesn’t need cocaine if we’re being honest because it’s already fucking delicious. Coke > Pepsi and you’ve never been more wrong in your life if you disagree.

How big of a pile of bullshit is this? A big steaming pile

Employees at the plant have been ruled out as being involved, a Coca-Cola official said. “The first elements of the investigation have shown that employees are in no way involved,” Jean-Denis Malgras, the company’s regional president, told the news website Var-Matin.

Yeah okay. 56 million dollars of cocaine can just make it’s way through an entire factory of employees and none of them know anything. Okay. Then again, did the employees at the laundry place know about Walt’s super meth lab? I can’t remember. God damn it I miss Breaking Bad.