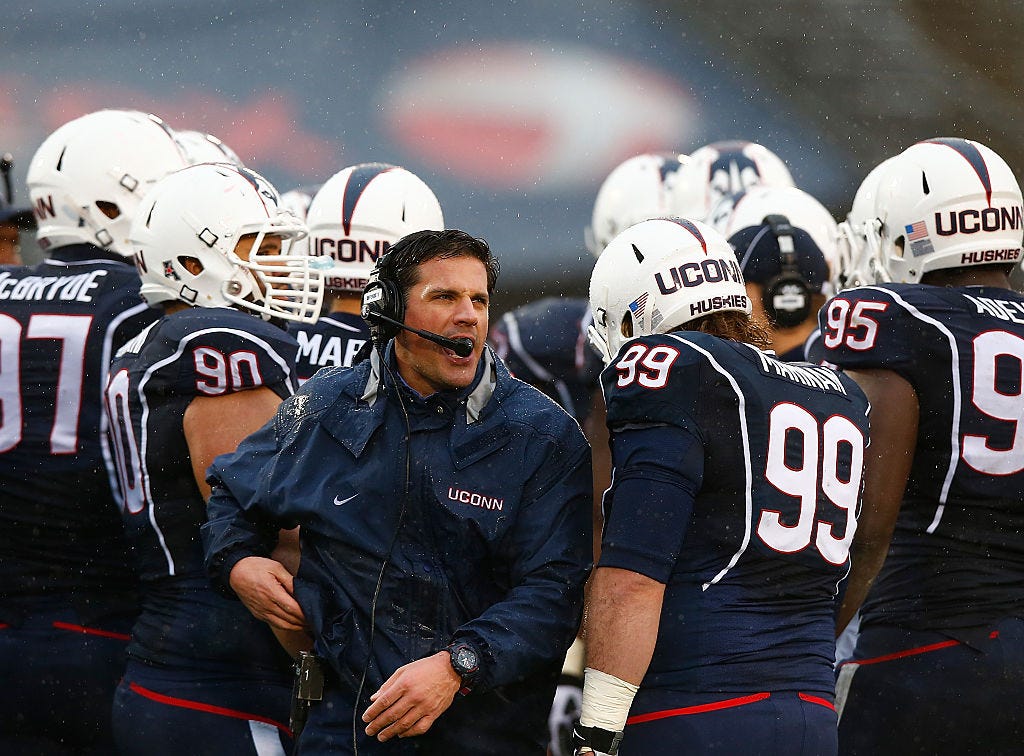 CROMWELL — Say you’re trying to make a vanilla cake, UConn football coach Bob Diaco said Thursday to a few hundred people, and instead of grabbing vanilla extract you instead grab fish oil and add it to the batter.

“Now you have fish cake,” he said, describing something that doesn’t sound like an appetizing dessert or a successful football season.

Yes, this story had to do with football. So did the one about Batman during Diaco’s half-hour speech as the featured guest during the Middlesex Chamber of Commerce monthly breakfast at the Radisson Hotel.

I mean just look at how he understands the nuances of the game and how to read his players and know exactly how to motivate them. 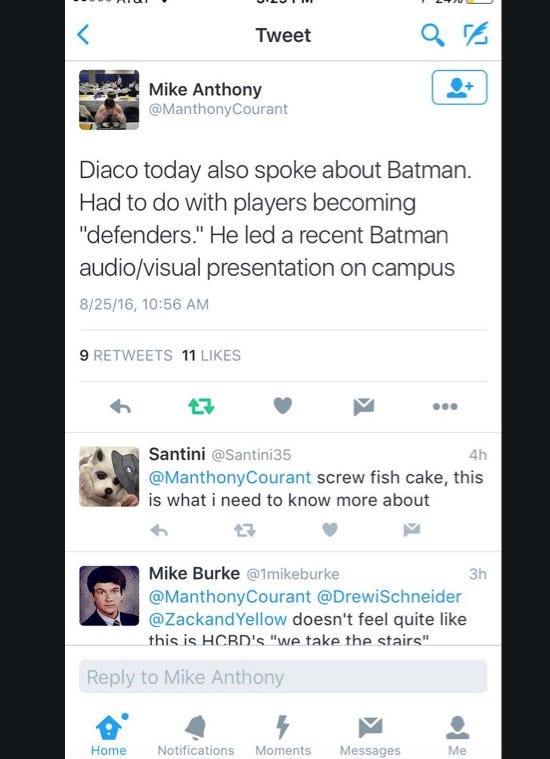 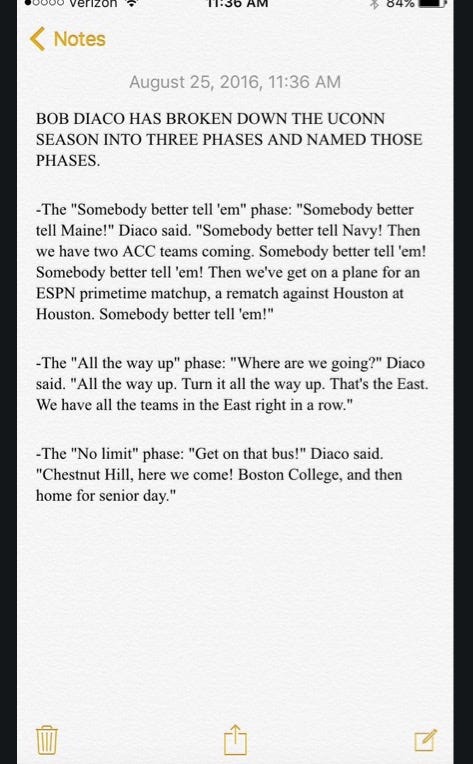 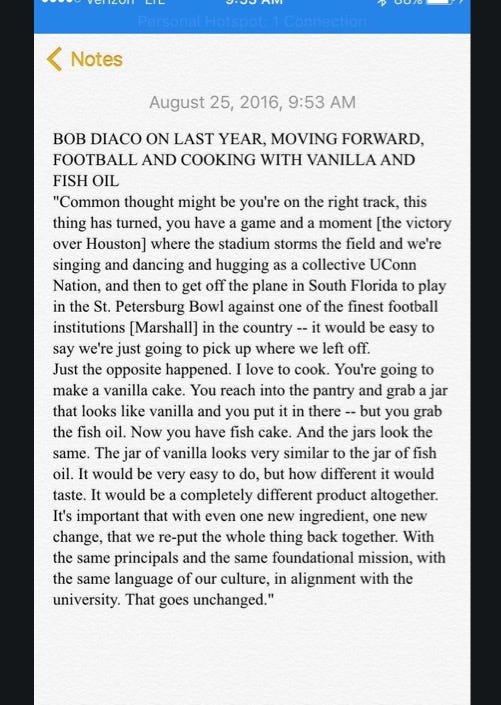 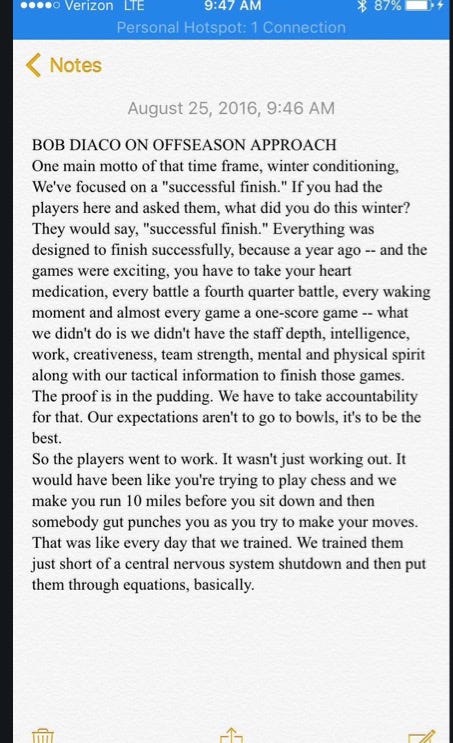 Maybe you’ll remember Bob from predicting an undefeated season for the Huskies, coming off a 2-10 season. 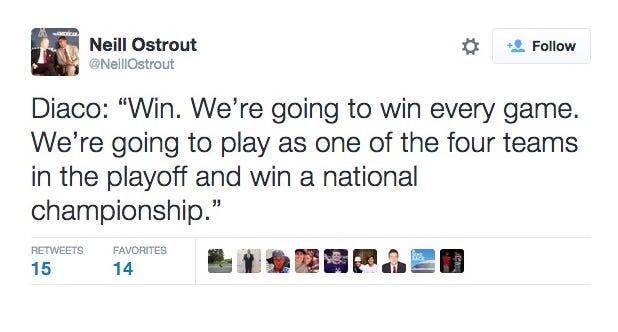 Or maybe you remember when he created a rivalry with UCF out of thin air, the “Civil ConFLiCT,” without even consulting UCF about it. 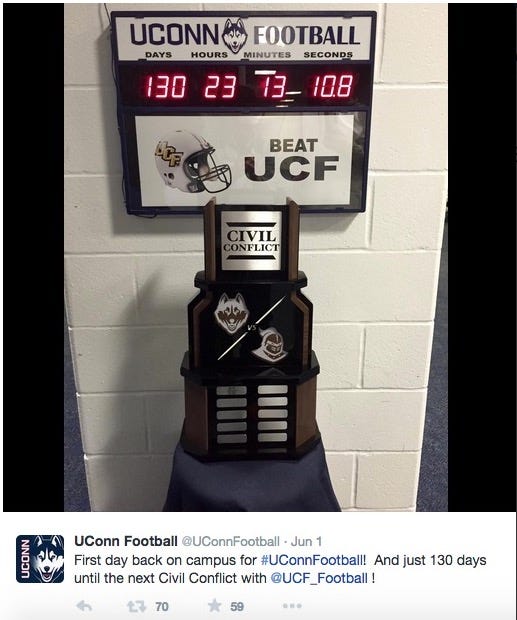 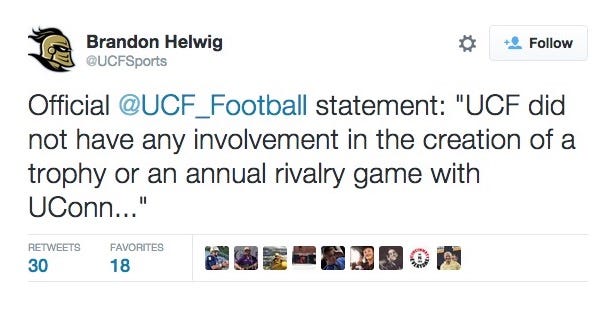 But not letting that discourage him… 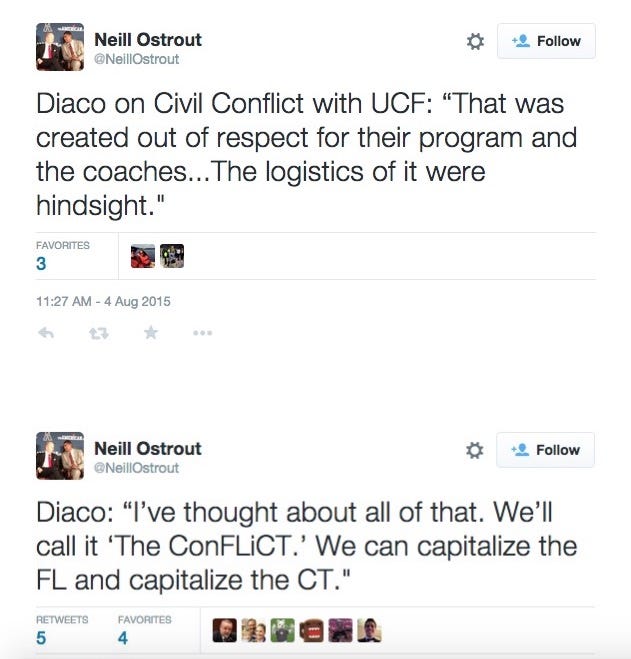 One of the true greats of college football, maybe not from a record or success standpoint, but just in general.