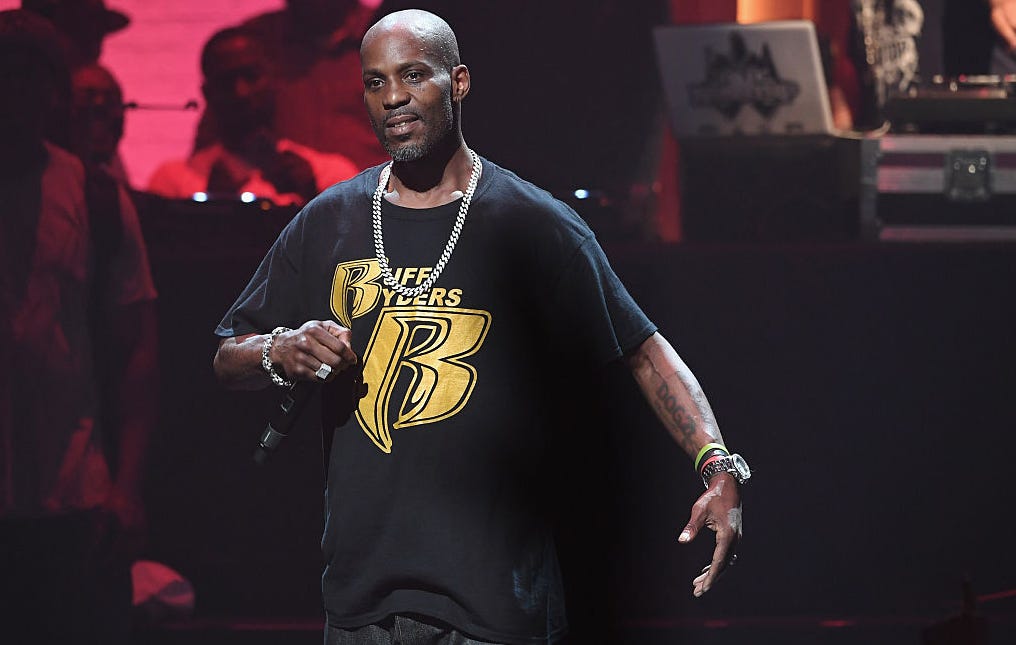 TMZ- DMX has a challenge most parents would find daunting … remembering the names of all of his kids, which now number 15. The baker’s dozen plus 2 was born Friday in NYC … weighing in at 6 lbs, 10 oz. His name — Exodus Simmons. The mom is X’s longtime GF, Desiree. It’s her first child. The rapper missed the delivery — he was in Arizona when Exodus popped out. But he flew to NYC for the baby’s first night in the world. X tells us he’s overjoyed, calling the baby a “blessing.”

DMX has been putting in some WORK huh? DMX always struck me as the kind of guy that had plenty of love to give. And nobody that barks in his songs with a stage name like Dark Man X was going to wear a condom like some sailor. I just didn’t realize he was blowing Antonio Cromartie out of the water when it came to making kids. Sure DMX has some age on Cro, but Cromartie was raised in Florida. I feel like people are popping out babies much quicker in that Southern heat than Yonkers.

And the biggest shocker for me is that DMX can still get little D up. The last time I heard anything about DMX was a few days ago when he was straight up dropped on his ass at one of his concerts. And based on the reactions of the security guards, this was business as usual. I’m pretty sure DMX has died and come back to life like 10 times over the last year.

Yet I wouldn’t be shocked if later that night he started working on lucky number 16 (unless the seed for 16 has already been planted).

Also to be honest, when I saw this tweet, I actually thought there was a chance that these were the names of DMX’s kids.

Or that there was a chance he named all his kids after the girls from his “What These Bitches Want” song (criminally underrated tune btw).

Still got some work to do, D

P.S. My buddy used to work at an Enterprise in Westchester back when DMX was still making hits (because we’ve all had a friend who worked at an Enterprise, right?) and he told me basically everyone associated with DMX and the Ruff Ryders was on the Do Not Rent list because they would treat their cars like shit or not pay. If that’s not father material (15 times over), I don’t know what is.