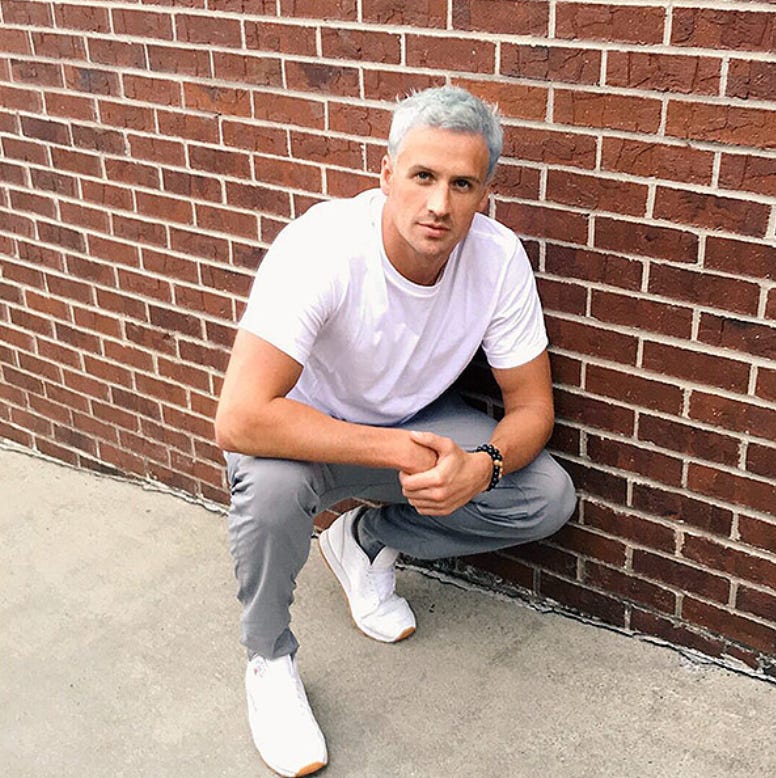 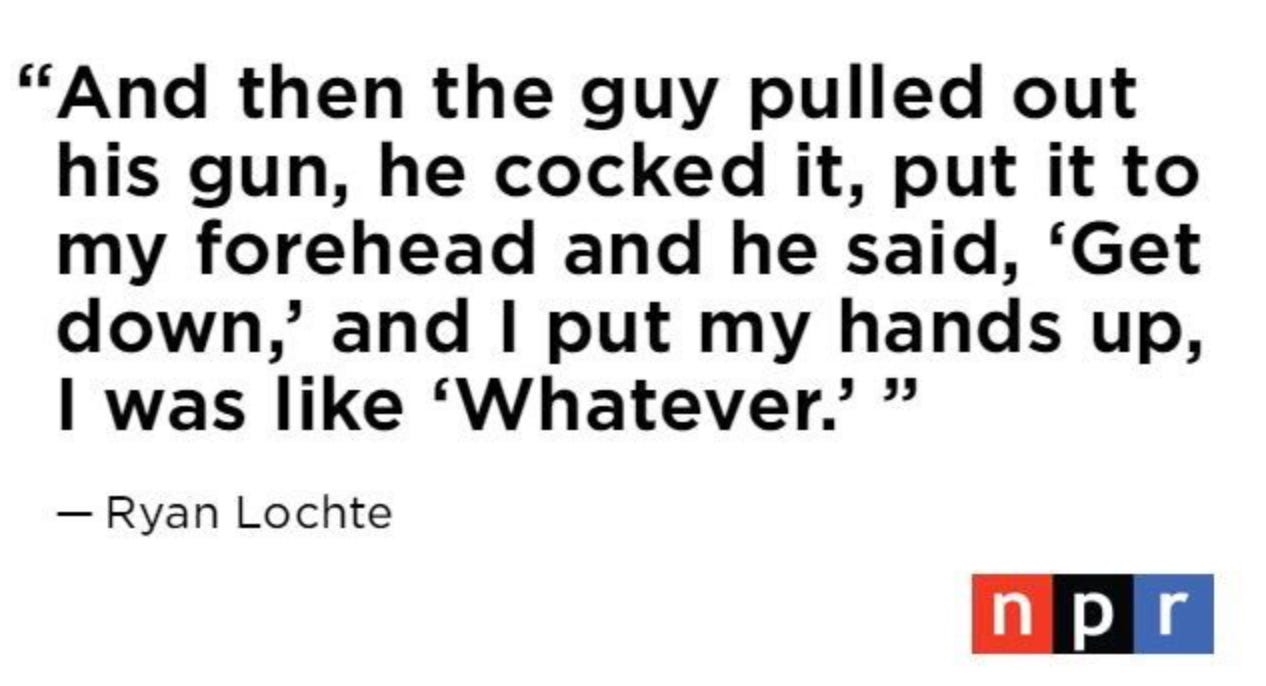 Looking back, that quote should’ve been the biggest red flag ever. How the fuck did we even think that was remotely believable? I fell for it. Most of the world fell for it. At the time it seemed like Lochte was simply a cool character under pressure. Or maybe he was trying to act tough in a stressful situation. In reality, that’s CLEARLY the quote of someone who has never ever been robbed at gunpoint before and we’re all stupid for not seeing that. Especially in a place like Rio. You don’t have a gun pointed at your head in Brazil and simply say, “Whatever dude” You shit your pants and hope to God the guy doesn’t shoot you in the face for sport. I’m still glad the quote happened though. Because it is absolutely hilarious in retrospect. Ryan Lochte went from looking like a badass who says “Whatever” when he has a gun in his face to just being a complete dumbass. Again, we all probably should’ve seen this coming.